A who's who of the smart home world

A few principal characters we think you should know about 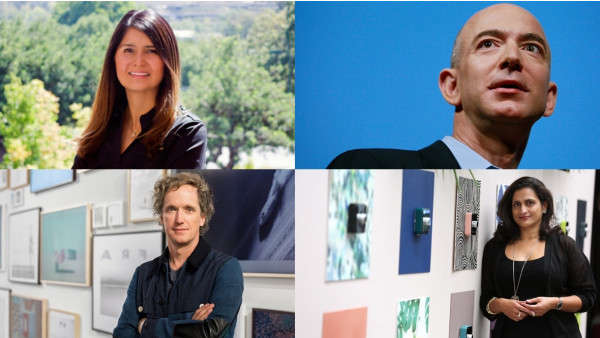 If you're new to the smart home, you might be interested to learn who is pulling the strings. Who decides how your voice assistant will act or whether 2018 is the year that smart displays replace voice-only smart speakers.

We've compiled a cast of characters to help you get to know the faces, bios and perspectives of some of the key players in the smart home game from founders and CEOs to designers and product managers.

Read next: The rise of the smart neighbourhood

Of course, this list is far from exhaustive. We've included execs from the biggest tech giants alongside bosses from smaller smart home companies and in some cases - big name execs who decided to fly the coop to pursue their own vision of the smart home. Shout in the comments if there's someone you think should make the list.

Amazon's CEO, Jeffrey Preston Bezos, is one of the people responsible for kickstarting the current wave of smart home action with his push of the shopping site into hardware and specifically the Alexa powered Amazon Echo smart speaker. When we look back to this decade and consider who shaped where tech was going - particularly in the home, Bezos will be up there with the Elon Musk's of the world.

Of course he has lots of other side projects - Whole Foods, the Washington Post, a $42 billion mechanical clock - but Bezos has said recently that Alexa will be a big focus in 2018, pointing to Alexa skills, compatible smart home kit and devices with Alexa built in. "Our 2017 projections for Alexa were very optimistic, and we far exceeded them. We donŌĆÖt see positive surprises of this magnitude very often ŌĆö expect us to double down."

Jeff Bezos is far from a one man band when it comes to Alexa and Echo and one of the talented team who has been working on Alexa from the 'alpha phase' in 2014 is Toni Reid, VP of Alexa experience and Echo devices.

Reid has worked for Amazon for nearly 20 years but it's her work together with Rohit Prasad, Amazon's head scientist, on artificial intelligence and Alexa that has had the most impact on the smart home as we know it today. In the past few months, Reid has spoken of Alexa going "beyond the home", telling Forbes: "From my laptop to my smartwatch to my treadmill, I look forward to having Alexa available from anywhere."

Check out a video of Business Insider's interview with Toni Reid.

To give you an idea of where he thinks voice in the home is heading, he told USA Today, "Our vision is if Alexa is truly your assistant, you can imagine her getting smart enough to say, 'you left the lights on in the basement, do you want me to turn them off?' That for us is where it is truly (becomes) an intelligent assistant instead of a simple replacement for a switch."

Now Nest and its slick line of thermostats, cameras and alarm systems are returning to Google, the opportunity is there to build Google Assistant and Nest into one uber-ecosystem to rival Amazon and Apple. And Rick Osterloh is the man tasked with this challenge.

He has been senior vice president of hardware at Google since Mountain View decided to get serious about building gadgets in 2016. Fast forward to early 2018 and Osterloh has been busy bringing in 2,000 engineers from HTC largely, we assume, to work on Pixel but essentially he's getting all his ducks in a row. Osterloh will be working closely with Marwan Fawaz, another key smart home player to watch, who will remain CEO of Nest.

Google's head of industrial design for Home, Wearables and CMF, Isabelle Olsson, is famous for being the lead designer of the Google Glass smartglasses but more recently she has had an impact on the design language of Google's furnishing friendly series of smart speakers.

When we spoke to Olsson back in October 2017, she said: "Our philosophy is that we really want to be in the background. We want to be helpful and be there; it's not our goal to be the centre of attention." She also talked us through how her team forecast material palettes two to three years in advance which means Olsson is currently thinking just as much about 2020 as 2017.

Lilian Rincon is the director of product management for Google Assistant and she's has been influential in the direction Google's voice assistant has taken as it has expanded to smart home devices.

Rincon, who moved to Google from Skype in early 2017, also works to promote diversity in Silicon Valley, including Women in STEM initiatives and a proponent of Shine Theory. She talks eloquently about how the biases, interests and backgrounds of the people building products like AI assistants can have an impact on the finished services and gadgets we use.

Craig Federighi will probably be a familiar face if you've ever watched an Apple keynote. He became SVP of software engineering in autumn 2017 so another newbie in terms of his impact on the smart home so far.

Federighi's current remit includes iOS, macOS and most importantly Siri meaning he may not have been delighted with the tech press' response to Siri's performance on the new HomePod speaker. But if Apple to catch up when it comes to smart home controls, with HomeKit, this will be the man to do it. His Cupertino CV includes taking over macOS in 2009 and iOS in 2012.

Elsewhere at Apple, its senior director of audio design and engineering is having a better time of the Apple HomePod's reception no doubt. Gary Geaves worked as head of R&D at Bang & Olufsen before joining Apple.

In a media tour of the audio lab Apple used to test the HomePod's audio - which is a cut above any other smart speaker - Geaves said: "We think we've built up the biggest acoustics and audio team on the planet.. We've drawn on many of the elite audio brands and universities. The reason we wanted to build that team was certainly for HomePod, but also to double-down on audio across all of Apple's products."

Injecting a bit of personality into the smart home scene, Jamie Siminoff is the CEO of startup Ring which has made a name for itself with its popular Video Doorbell and has designs on expanding into cameras, alarm systems and outdoor lighting.

We spoke to Siminoff recently and he wasn't best pleased with bigger Silicon Valley companies taking, er inspiration from smaller outfits: "ŌĆ£ItŌĆÖs embarrassing for a company that spends $800 million a year to be copying me and be behind me the whole time. Having one of the largest companies in the world directly copying products you have is worrisome but I donŌĆÖt think copying is the way to build something great."

Over at Hive, part of Centrica/British Gas' Connected Homes division, CEO Nina Bhatia is running the show. Hive is best known for its smart thermostats but has already expanded into smart lights, sensors and security cameras and Bhatia has built this up from scratch since she was handed the reigns back in 2012 - the team has since grown from a group of 15 to hundreds of employees.

When we spoke to Bhatia around the time of Hive's announced expansion into the US, she said: "We have a vision for the Hive family that will address all parts of the home but the things we're starting with is door sensors, pressure sensors, monitoring and lighting."

This being the smart home, it's no mistake that we've included more than one industrial designer on the list. Yves B├®har is the product designer behind the Hive thermostat and its most recent Hive View smart indoor security camera - both examples of elegant, customisable, practical smart home devices.

That's not all - the founder of Fuseproject is also the brain behind Samsung's stunning The Frame TV, a stylish high end concept that blends into your room with an Art Mode and ambient sensor. Plus he has also worked on quirkier, smaller scale home projects including the Snoo smart crib.

Andrew "Boz" Bosworth just recently took over as head of Facebook's new hardware lab Building 8 in summer 2017 so we're yet to see anything concrete in terms of the smart home.

Bosworth is chief of consumer hardware at Facebook which includes Oculus and its VR headset efforts and is a long time Facebook engineer/exec - in 2006 he created the News Feed.

He's one to keep an eye on, though, as we're seeing more and more reports from anonymous sources that Facebook is building two 15-inch smart display speakers, one named Portal, designed for voice chat in the home. If the rumours are to be believed, the launch is set for July.

Similarly, Andy Rubin, the CEO of Essential and ex-Android chief, is yet to fully show its cards when it comes to the smart home.

His new venture has already launched its first product, the Essential smartphone, but we know some details of Rubin's plan for an Essential Home hub that prioritises natural controls and privacy, as well as the Ambient OS - great name - that it will run on. After his success in mobile, we're very intrigued to see if Rubin can deliver on what he's promised.

Did we miss a smart home player? Let us know in the comments.

What next for the smart home?

ŌĆŗHow the rise of smart neighbourhoods could make your street safer 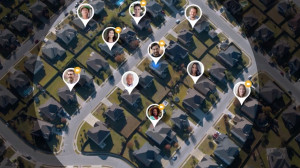 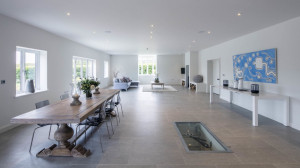 Sneak a look inside these automated homes for luxe styling ideas

We speak to CEO Fred Potter about chatbots, HomeKit and subscriptions 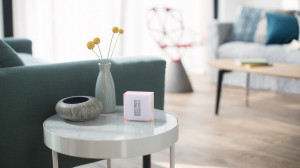 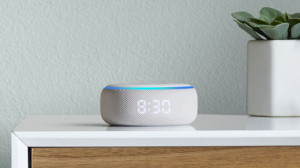 Smart home privacy: What Amazon, Google and Apple do with your data

And what you can do about it 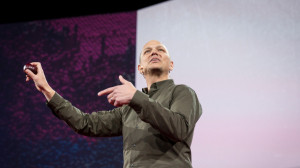 What next for the smart home?