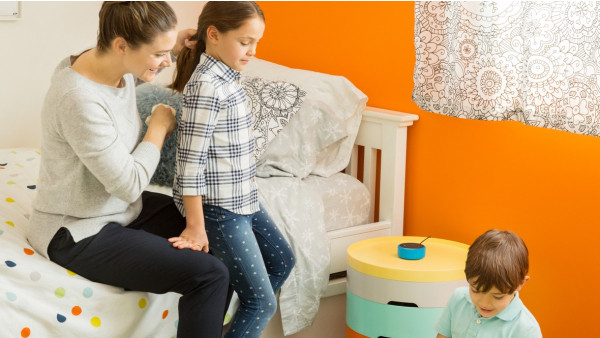 If you don't know what the mental load is then, chances are, you're a man. Popularised by an awesome feminist comic by French artist Emma and articles like this one in Cosmopolitan, the mental load refers to the fact that in the vast majority of heterosexual households, especially ones with children, women act as the unpaid CEO of the house.

Both women and men may do chores and childcare but it's the woman who is in charge of remembering what needs to be done and managing all this work on a daily/weekly/monthly basis. It's the "You should have just asked" debate.

The closely linked concept of emotional labour also refers to, not just washing and cooking and shopping, but "jobs" like remembering family birthdays, planning social events, providing unofficial therapy and getting the house ready for guests; domestic activities which, again, women around the world tend to do much, much more of. (If this still sounds foreign, guys, just ask your female friends or, I dunno, your mother.)

Read this: What 20th century designers thought smart homes would look like

So what's all this got to do with Alexa? The early criticism of the default women's voices of these AI assistants ŌĆō we intentionally don't refer to them as 'she' on The Ambient ŌĆō is well worth putting out there. But I've always thought they missed the larger point and that, like the washing machine and the dishwasher before them, smart speakers (and now perhaps even more so smart displays), could save women time and mental energy by automating these chores.

Think about some of the things that Alexa (and Google Assistant and Siri) can do. Set timers. Take reminders. Remember where the keys are for a later date. Order groceries and household items when they need re-stocking. Turn kitchen appliances on and off. Sound familiar? Alexa and other voice assistants are already well on their way to becoming to "CEO of the household" as some wealthy men and women refer to the wives (and themselves) in Rachel Sherman's book Uneasy Street: The Anxiety of Affluence.

Because it is a job, even if it's technically unpaid. For the multi-millionaire New Yorkers profiled in Uneasy Street, it's used as a way to put the women on a par with the men for running activities like major redecorating projects. But if we go by machine learning expert Anthony Goldbloom's TED Talk on which jobs are more or less at risk from being taken over by artificial intelligence and machines in the near future, it's a job that could be at least semi-automated.

Why? Because it's all about repetition. The human jobs that are least likely to be at risk from AI are those that require the worker to deal with novel situations. Machines excel at high volume, repetitive tasks and they don't get exhausted like human wives and mothers.

Now, running a household (as far as I can see) does require problem solving when something new happens ŌĆō the boiler breaks, a child falls down etc ŌĆō but a lot of the work revolves around routines. The same wake up times, meal times, school times, similar meal choices, TV and homework choices, laundry detergent choices.

Again, that sounds familiar because Alexa, Google and Apple HomeKit now offer their own version of automated smart home tech and appliance routines ŌĆō say "Alexa, Good night" and the smart thermostat will turn down the temperature, the smart lock will lock the front door, the lights will dim or turn off, music or a podcast might start playing etc etc.

For women, what's magic about that combination isn't just saving on the physical act of going over to a light to turn it off or a thermostat to turn it down. It's the fact that Alexa is the one remembering to do all those things, night after night. It's taking on a small part of the mental load, freeing up people's (women's) minds to think about other things like, I don't know, taking over the world.

Building an Alexa for the home

This all sounds very utopian, but while I cannot wait till we see proper moving robots that can stack dishwashers, fill ovens and tidy shelves, there are plenty of challenges in the way of Alexa becoming a truly helpful AI manager of the household.

First up, and most pressing socially, is the idea that men might use Alexa for controlling music and sports on the TV and women will use it for setting reminders and ordering items. The most tone-deaf example of this is an Amazon advert from July 2018 which shows a woman setting reminders for her stay-at-home-dad partner throughout the day.

For this to really work, both parties need to take on the burden of telling Alexa what needs to be done

So Alexa's helping ŌĆō the woman can set them all then go to work knowing they'll play at the correct times ŌĆō but it's still the woman taking on the management burden. There's a great Reddit thread from August on why this is so annoying, despite its well meaning progressive tones: "the mom had to do all the mental load of scheduling things, making the reminders, putting the teething ring in the freezer, etc."

So for this to really work, both parties need to take on the (lesser) burden of telling Alexa what needs to be done. There's hope in the fact that the novelty of new interactions and things like smart displays will now encourage early adopting men to see it more as productivity ŌĆō always a trendy area of tech ŌĆō rather than chores.

The data so far actually shows that men use Alexa and Google Assistant for controlling home tech more than women and that brings us onto the second problem: women clearly aren't as comfortable using the smart home as much as men. Only 18% of women in a recent VentureBeat survey said they use it for home controls, versus 29% of men ŌĆō and I'd expect that gap to widen.

If these assistant ecosystems are going to be a friend to women, they need to include gadgets with manual controls and switches, non-intimidating app set-ups, safeguards to make sure everyone in the household can control the devices where they live and marketing campaigns that show how they can help everyone in the family.

One of the promises of the smart home is that these services and devices blend into the background, ambient computing, unnoticed. And that's exactly what emotional labour and household management have been doing for centuries ŌĆō you only notice when it doesn't get done. And there's absolutely nothing wrong with that, so long as it's machines picking up the work this time.