A short history of Amazon's smart home AI in stats 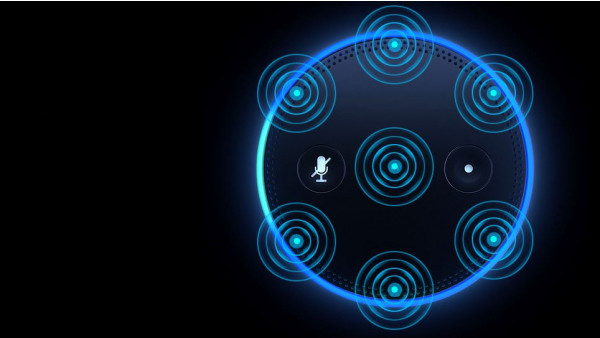 It's safe to say The Ambient probably wouldn't exist if it weren't for Amazon Alexa, the voice assistant first announced alongside the Echo smart speaker on 6 November 2014 ŌĆō exactly four years ago.

Looking back at the headlines from the day, they range from caught unawares ("Amazon just surprised everyone with a crazy speaker that talks to you" ŌĆō The Verge), to skeptical ("Let's call the Amazon Echo what it is" ŌĆō TechCrunch), to slightly inaccurate ("Amazon launches new voice-activated speaker named Alexa" ŌĆō Fortune).

To be honest, it makes us kind of pine for the days in which tech sites could credibly call a speaker that talks to you "crazy". In the past four years, voice in the smart home has gone from a novelty to the basis of the three main ecosystems ŌĆō Amazon Alexa, Google Assistant and Apple HomeKit, powered by Siri.

But it's Alexa that has always stayed slightly ahead of the competition, and one of the best ways of illustrating that is to marvel at some Amazon Alexa stats from the past 48 months. So here they are.

According to Amazon, one million people proposed to Alexa in 2017 alone. That's on top of hundreds of thousands of proposals between 2014 and autumn 2016. And Alexa has rejected them all with responses along the lines of "We're in pretty different placesŌĆ” Literally. You're on Earth and I'm in the cloud."

Remember that TechCrunch headline from the 2014 announcement? The thrust of it was that Amazon wanted to sell an in-home shopping tool. But The Information reported in August that only 2% of Alexa users have made a purchase via voice this year. And of those people, 90% dropped off after one purchase. (Amazon has disputed these figures, but would only say that "millions" of people shop with Alexa.)

Its closest compatibility competition is Google Assistant, which works with 10,000 devices from 1,000 devices. That's up from 1,500 at the start of 2018, but still a way off Alexa numbers.

That's the consensus on how many Alexa powered smart speakers/devices have been sold so far ŌĆō from research group CIRP and that same The Information report, as of August. Expect that to shoot up if Amazon has another big Black Friday/Holidays period.

The number of languages Alexa can speak ŌĆō English, Spanish, Italian, German and Japanese. This is one of the only areas in which Amazon's voice assistant is trailing ŌĆō Google Assistant can speak 16 languages (rising to 30 by the end of 2018, it says), Microsoft's Cortana can speak seven and Apple's Siri supports twenty languages.

Amazon's Alexa is also ahead when it comes to the number of third-party skills it offers ŌĆō now 50,000+ worldwide with over 30,000 in the US. That's grown from 130 skills in January 2016 to 1,000 in summer 2016, first hitting the 10,000 mark in February 2017. That's something Samsung will hoping to replicate as it is rumoured to ŌĆō finally ŌĆō open its Bixby voice assistant up to developers this week.

That's approximately how long Amazon Alexa went down in its latest outage in the last week of October. Hundreds of users took to Twitter to report they couldn't access Alexa on their Echo or Fire TV devices, but later that day, Amazon confirmed the service was up and running again.

How much a 22 year-old Brown University student was making early in 2018 after building free skills, like Word of The Day Quiz and Price It Right, that qualified for Amazon's Alexa Developer Reward Program.

The number of Escape The Room players who have purchased paid-for hints within the Alexa skill, according to developer Gal Shernar, who is one of the first to deploy Alexa consumables ŌĆō in-skill purchases which will help Alexa developers make money from free skills in the long run.