Amazon's latest Alexa snafu is a lesson: It's time to be more transparent

If voice is to have a future, we need honesty 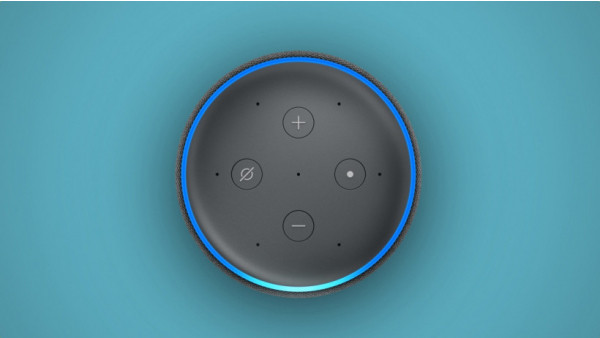 Once again, Amazon is under fire for how it's handling our data. And, once again, much of the damage could have been avoided by Amazon simply being upfront about its practices in the first place.

Democratic senator Chris Coons recently wrote to Amazon requesting details on how it stores data from customers, to which the company responded in a letter addressing Coons' questions one by one, and in the process revealed that it stores all Alexa voice logs forever ŌĆō unless a customer deletes them.

HereŌĆÖs the deal. Any conversation you have with Alexa is stored on AmazonŌĆÖs servers indefinitely, and to wipe them you'll need to manually delete your voice history. Here's a guide on how to manage your Alexa data.

However, Amazon says that even once users manually erase their history from the main repository, some of it will remain. Brian Huseman, Amazon's VP for public policy, said that Amazon has an "ongoing effort to ensure those transcripts do not remain in any of Alexa's other storage systems." He also said that Amazon may retain other records of Alexa interactions, including "actions Alexa took in response to the customer's request" and in instances of using third-party skills to, say, order an Uber.

People aren't getting answers until someone is forced to apologise

Now, that last one makes a bit more sense ŌĆō a lot of us would be more comfortable leaving a ŌĆ£receiptŌĆØ of our online transactions than not, I think ŌĆō but some of the vagueness around "other storage systemsŌĆØ doesn't provide much comfort.

And even so, some of the distinctions here will be lost on large swathes of the public reading these headlines, whose only takeaway will be that, once again, Amazon is playing fast and loose with people's private information.

Amazon's lack of transparency is hurting its efforts to own the smart home, but it's not the only one. It was only this year that a hidden and undisclosed microphone was discovered in the Nest Guard home security device. It was a bad look for the company, which had to make an apology and tell users that the microphone was inactive ŌĆō something it could have done in the first place.

And just a few weeks ago, it was reported that Amazon had an internal review team who listen to Alexa recordings to train the AI. This in itself isnŌĆÖt unique ŌĆō Google and Apple have their equivalent systems ŌĆō nor inherently nefarious, but many people won't have known this existed. And itŌĆÖs okay if you didn't because ŌĆō again ŌĆō Amazon wasn't upfront about it.

The problem for Amazon, and tech companies generally, is that this information usually surfaces one way or another. Remember the iPhone battery slowdown debacle from a couple of years ago? Apple was found to be throttling iPhone performance to elongate battery life. The reasoning behind it actually made sense: as lithium-ion batteries degrade, they're prone to causing shutdowns. But Apple crucially didn't tell anyone it had been doing this since 2016, and was forced to apologise.

It was a bad look, one that vindicated a lot of conspiracy theorists. However, when it comes to userŌĆÖs personal data, itŌĆÖs a different kind of problem. For a few years, Amazon, Google and others coasted by because smart speakers seemed relatively innocuous. Now theyŌĆÖre in almost a quarter of US homes and are capable of doing and recording much more. People want to know what data they're handing over to these tech companies ŌĆō and they're not getting answers until someone is forced to apologise.

A few days ago, Thinknum posted some analysis of Amazon sales data, showing a dwindling interest in smart home devices. While it's far from the IoT death knell, the article does speculate that public concern over privacy has caused a slight decline, which suggests it's time Amazon, Google and others change their habits.

Earlier this year, alongside news it would be folding Nest into itself, Google launched detailed guidelines on how your data will be used and shared between its products (and yes, addressed the Nest Guard debacle). It was a step in the right direction, but we need to see these companies being open and honest from the outset. Trust is earned, and right now it feels like voice companies are doing their best to erode it.