As Amazon buys Eero, the future of the smart home looks a little bleaker

Get acquired or die? 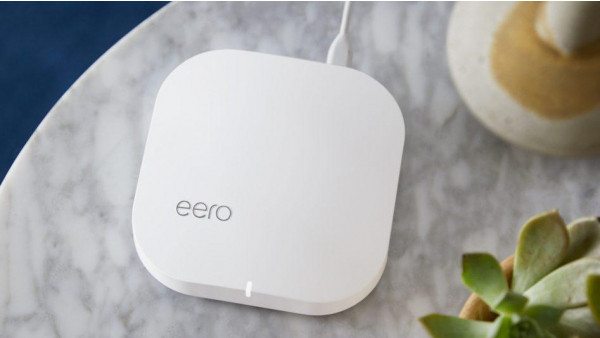 And just like that, Amazon has devoured another company in its quest for total smart home domination. This time it's gobbling up mesh Wi-Fi startup Eero. For Amazon, it's a smart move. For Eero, it's a promise of a future.

For Eero owners, the news is less great.

Eero made quite a name for itself thanks to its reliable, user-friendly mesh technology ŌĆō and its fanbase swelled accordingly. But as news broke that Amazon was technically going to become the internet gatekeeper in Eero owners' homes, a lot of people were understandably upset. Much of Amazon's empire has been built on using people's data to sell them things, so what would stop it here?

Now, Eero has officially said that it and Amazon "will continue to protect" consumer privacy. "Eero does not track customers' internet activity and this policy will not change with the acquisition," the company tweeted. Of course, that won't be enough to quell a lot of fears over what may happen in the future. It certainly wouldn't be the first time a company has been snapped up, promised to remain independent, and then 180'd down the way.

I don't think many companies start out with a dream of being owned by Amazon or Alphabet, but all companies need to survive

But let's say we're giving Eero and Amazon the benefit of the doubt here, and assuming Eero won't change the way it handles customer data ŌĆō I still can't help but feel a little deflated by the news.

It feels like the smart home is quickly becoming a place controlled by a small handful of very large companies ŌĆō and everyone else either gets sucked in or dies. Eero was a rare smart home underdog you really wanted to back. Don't get me wrong though; there was no guarantee Eero would survive if it went it alone.

I haven't seen the company's balance sheets and I have no idea how well it was doing before Amazon came along. However I do know the company laid off a fifth of its staff last year ŌĆō and enough about business to know that's usually not a good thing. I don't think many companies start out with a dream of being owned by Amazon or Alphabet, but all companies need to survive.

But if you're not in the Bezos mothership ŌĆō or Google's or Apple's ŌĆō it's becoming harder to do that. And the more companies the giants buy up, the harder it gets ŌĆō and round and round we go. Each time an acquisition like this happens, the future of the smart home looks a little bleaker, with bigger giants and fewer options.

I will say that Amazon has a good track record of letting its purchases operate independently within the mothership, but I'd bet that we'll see the two become more entangled before long. After all, this isn't like buying a smart camera; Wi-Fi is essential to the future of the smart home, particularly a smart home filled with Echo smart speakers, Alexa microwaves and plenty more. Even if Amazon doesn't collect personal data, Eero intelligence could let it see which devices are most popular in people's homes ŌĆō and then buy the device makers. It wouldn't be the first time something like that has happened.

I'm sure Eero will help Amazon do some great stuff in the smart home. I just wish that future looked a little more interesting.