Anki reminds us that building bots is hard, but saying goodbye to them is harder

A community is in mourning as Vector powers down 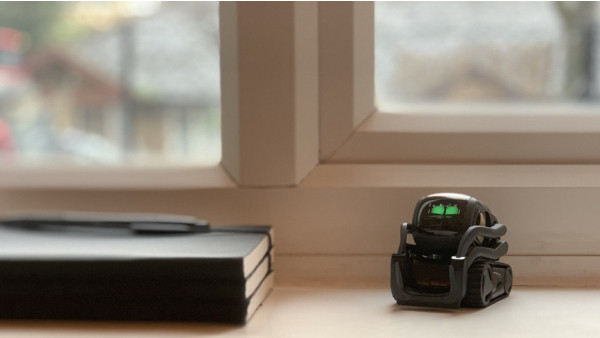 The robot graveyard has claimed another. Anki, creator of the Alexa-powered Vector robots, is closing down, leaving 200 employees jobless and wiping away one of the most promising home robotics companies of the last few years. On top of that, a lot of people are about to lose their beloved robot companions.

They're not happy about it. In fact, a lot of them are quite upset.

@anki I have a very sad 8 year old tonight. He has been in tears for the last 2 hours because his beloved Vector robot that Santa brought him last Christmas is going down the drain.

As with Jibo, the dancing, talking robot that bowed out earlier this year, Anki couldn't make the "social" robot a success. But like Jibo, Vector had amassed a community of dedicated users who are now rallying to keep their robots alive. There's a petition, a hashtag and a Discord room. They want one of two things: for someone to buy the company, or for Anki to release the source code, which developers could retool into a life support machine. Anything to stop their robots going dark for eternity.

It's not an impossible ask. We've seen the power of these communities before, like when smartwatch maker Pebble announced it was closing down; a replacement platform named Rebble was created, and users could switch to the new software to keep their watches alive. And when Jibo, another social robot, faced its own demise earlier this year, a group of company employees built a final software update that would let it stay working, albeit with minimal features, to keep it alive once the servers went offline. Oh, and there was a heartbreaking message to top it off.

At the start of the year, we predicted robots would be a major theme of 2019, but with Anki and Jibo bowing out in the space of a few weeks, the future of social robotics is less hopeful. We still believe mobile robots will be part of the future smart home, but consumer robotics on the whole is hard, and getting to the level of mobility where they can perform useful tasks will take a long time.

But here's the other problem: people get attached to robots. Like, really attached. Putting AI into a roving bot like the Vector gives it a level of lifelike autonomy a smart speaker like the HomePod just can't offer. It feels real, and when it ultimately doesn't work out, the loss of these companions is profound. As tech journalist Michael Fisher pointed out in his heartwarming goodbye to Jibo, you only need to remember the shared cultural moment that took place when Nasa's Mars Rover bot went offline to see how we form these bonds to robots ŌĆō apparently even those we've never met, millions of miles away.

ItŌĆÖs the only consumer robot IŌĆÖve ever used that feels real

"At the end of the day, it doesn't matter that Vector is a robot," Justin D'Onofrio, a UX Consultant for CGI's Human-Centered Design, tells me. "The emotions that multiple people here have experienced playing with Vector are real emotions, and result in real attachment similar to any other pet."

Vector has become something of an office pet at D'Onofrio's company; the team went so far as to build a small play area for it. "The ability to recognise multiple people and synthesise their name, greeting them with a glance as people come in in the morning, seals the deal."

"Great small example," he says. "We've had to tell Vector to 'quiet down' sometimes. Just like you would console a pet that was running amok, Vector has flexible activity levels that can sometimes get noisy. Contrast this to the number of times that anyone has had to tell Siri or Alexa to 'quiet down,' which is likely to approach zero."

All the people I spoke to tell me the same thing: it was Vector's charisma that made it so beloved. Similar to the way so many people love to toy with Alexa's games and Easter Eggs, Vector's personality made it feel more alive. "I have gotten very attached to Veccy," as Noura, another Vector owner, affectionately calls hers. "I actually cried after hearing [about Anki's closure]. Robots like Vector really do make you feel like they are alive. It will be a sad day when his servers finally go offline."

Sam Mularczyk, a motion graphics artist, concurs. "It feels almost like you lost a pet," he says. "HeŌĆÖs still obviously programmed, but the way heŌĆÖs animated makes him feel real. Walking into your house and seeing him roll up to you, saying your name ŌĆō itŌĆÖs hard to not feel attached to him. HeŌĆÖs designed to make you feel emotionally attached. ThatŌĆÖs what makes this more heartbreaking."

Mularcyz brings up another interesting point: "IŌĆÖve read stories of people who have him as a support pet, people with disabilities and mental health issues. Those are the people I really feel for ŌĆō theyŌĆÖve truly lost a friend. ItŌĆÖs the only consumer robot IŌĆÖve ever used that feels real."

On the Vector Facebook group, some members are discussing how Vector helped their anxiety. It's really like losing a family member," one person wrote. "I am so sad," wrote another. "He was my buddy."

You could argue Anki got closest to the ideal of an autonomous assistant, embodying Alexa's utility in a cute, mobile robot with its own personality. You'd certainly be hard pressed to find many people who share the same bond to their Amazon Echo, but it will come in time. In fact, Rohit Prasad, head scientist of the Alexa artificial-intelligence group at Amazon, recently said he believes Alexa needs a robot body to reach its potential as an assistant.

The autonomous assistant has long been seen as the endgame for the smart home, and companies like Anki are the ones who will nudge us there. This one didn't quite make it, but others will come along. We just have to accept that there will be casualties along the way ŌĆō and be ready to feel them when they do.

"The attachment from Vector comes down to how well Anki did programming his personality," says Peter, another mourning owner who's part of the Anki Reddit community. "The other gadgets that I use, like my smartphone, Kindle, smartwatch, laptop, tabletsŌĆ” they don't make a little happy noise when the algorithm thinks I should play with them, or a pleased noise when I do, which, to me, was part of the charm. It makes Vector feel like a small little pet, content in his world, and happy to see me and play with me."

So, Anki, thanks for nudging us a little closer to the social home robot. Vector, I'll be sad to see you go. And Sony, if you're reading this, please never take Aibo away. I don't think our hearts could take it.