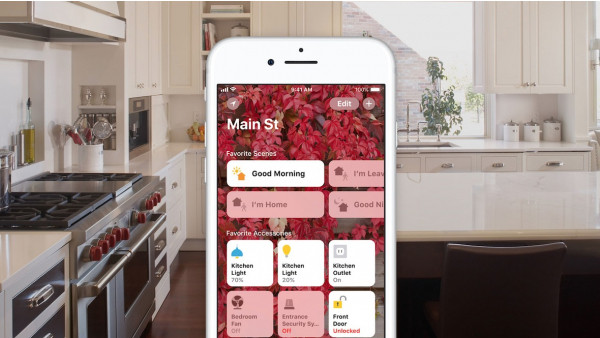 Apple's smart home strategy is built around HomeKit, a framework that allows Apple's Home app to control and manage all manners of smart home devices.

As you can already tell, HomeKit isn't perfect. It lags in comparison to Amazon and Google's smart home support for Alexa and Google Assistant. A lot of this has to do with Apple's previous security requirements: HomeKit devices needed hubs and they needed hardware HomeKit authentication.

This meant that if a manufacturer wanted to support HomeKit, it would have to release a new version of its device with a special chip that made it Works with HomeKit compatible. That requirement has since changed, requiring manufacturers to only release a software update with the needed encryption to gain support. We recently saw this with the Wemo Mini Smart Plug.

But unfortunately, HomeKit support still lags behind Alexa and Google Assistant. The true power of a smart home leans on universality; it needs to be able to work with any assistant on any device at any time. I can command most of my home with my Alexa devices, and if I decide to switch to Google Home or an Android phone I'll be able to do the same. My iPhone though? Or my iPad or Mac? They can't control the same devices. It leaves a gap in the smart home.

The true power of a smart home leans on universality; it needs to be able to work with any assistant on any device at any time

And even when there is support, setting up HomeKit devices isn't as easy as it is with Alexa. In the Alexa companion app, you can simply press a button to search for new devices on your Wi-Fi network. If Alexa finds any, it adds them to the list of smart home devices you can control with it. It's simple ŌĆō and it works.

With HomeKit, you need to make sure you keep the little QR code in the packages, and then scan them into the Home app. This is not as simple as having Alexa search your network for you. What happens if you lose your HomeKit code? Not every company makes it as simple as Lifx.

Apple has tried to make this easier, introducing the ability for devices to use NFC to pair your smart home devices with HomeKit. Still, that's adding hardware requirements to the docket, and it's unlikely smart home device manufacturers are going to do anything special for Apple when Alexa has a number of affordable devices out there that make it easy to use Amazon's assistant to control their home.

So what can Apple do? First, Apple needs to make it as easy as possible for manufacturers to update their smart home devices for HomeKit. This is easier said than done, as Apple has the strictest standards on security for the smart home (which also makes Siri tough to improve). This makes it harder for manufacturers to update their devices, which means it takes longer, which means Apple's list of compatible smart home devices will lag behind rivals.

This, admittedly, may be a herculean task. Apple would need to find a way to make it easy for developers to update their devices for HomeKit while maintaining security standards. The other way, which is far simpler and more risky, would be to loosen its security standards to the level of Amazon and Google. There are only two choices here, and both have consequences: either a tremendous software engineering task; or risking the security of users.

Apple would really benefit from a cheap, Echo Dot-like device

There are simpler ways Apple can improve the HomeKit experience. There is definitely a better way to sync smart home devices to HomeKit. Why not have your iPhone automatically detect HomeKit compatible devices on the network? This is a company that will let you AirDrop random photos to complete strangers (it happens) and AirPlay to Apple TVs with immense ease.

Similarly, because Apple relies on each device to talk to your smart home devices, there can be some broken links. My iPhone commands my smart home products with ease, but my iPad struggles with the lights in my bedroom. If Apple isn't going to rely on the internet to hold all these connections, as its competitors do, at least make sure iCloud is syncing all these permissions perfectly.

HomeKit isn't all bad, The Home app is ŌĆō for the most part ŌĆō a terrifically easy way to control your home if you can't use your voice. It's nicely laid out and there's a surprising amount of control that you can exert. Plus, it's easy to share with other members of your household so that you all have equal control of the home.

Speaking of voice, while I understand that Siri on iPhone is a fine digital assistant for controlling your smart phone, Apple would really benefit from a cheap, Echo Dot-like device that would make it easy for anyone in your home to control your smart devices. There's HomePod, yes, but that's an expensive speaker that you can't easily plop down in multiple rooms.

HomeKit debuted way back in 2014, and at the time it felt like Apple was going to leverage the popularity of the iPhone to dominate the smart home. However, Alexa and then Google Assistant have since come along and lapped HomeKit. It's no one's fault but Apple's, and the only way for the Cupertino company to get back in the game is to make some changes.

Getting started with Apple Home for Mac

Control the smart home with your Mac 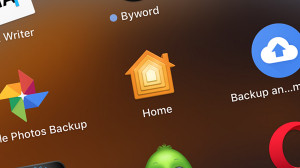 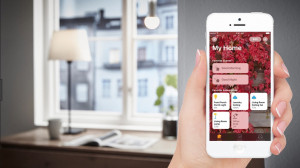 Controlling with HomePod with iPhone

Getting to grips with your smart speaker - music, HomeKit, settings, calls and more 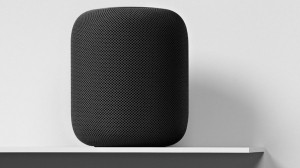 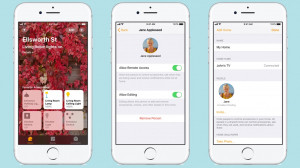