The HomePod is getting smarter, but it still needs two things

Apple's speaker gets a few seconds of love at September event 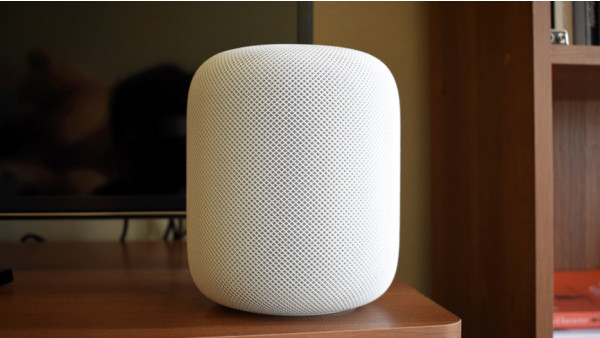 Poor HomePod. While nobody can agree on how well Apple's smart speaker is selling, we can be sure it's not doing tremendously.

So to give it a boost, you'd hope, Apple would shower HomePod with some love at its big September event. Instead it got a 10-second footnote for a handful of new features, before Tim Cook swiftly moved onto the next agenda point. We get it: itŌĆÖs the big iPhone/Apple Watch moment, and there are only so many minutes to spare. But the HomePod is in need of love.

As for the new features, we're thrilled with what Apple has added: phone calling, Siri Shortcuts, multiple timers and lyric searching. All good things, we can agree, but AppleŌĆÖs little speaker is still left wanting. The HomePod has found a place in my living room and among my Sonos family since AirPlay 2 rolled out; for the past few weeks weŌĆÖve had a blossoming love affair.

I want it to succeed, and right now I think the HomePod needs two big things.

First, it needs a price cut. Like, yesterday. There have been rumours of a smaller HomePod which ŌĆō if you fancied poor odds ŌĆō could have been a bet for this weekŌĆÖs event. But no such luck. A HomePod Mini would certainly address the price problem. The HomePod costs $349. You could point out that Google has a more expensive speaker in the Max, and youŌĆÖd be right, but Google also has the regular Home and $50 Mini.

It's important to remember that battle is being fought on much more than audio quality; itŌĆÖs a war of ecosystems and if Google and Amazon (with Sonos) can get into peopleŌĆÖs homes faster, Apple will have a harder job getting through the door.

The other thing I want to see HomePod do is open up, namely to music services beyond its own. Currently Siri only works with Apple Music; Spotify users can play music on the HomePod, but they can only do so using Airplay. Both Google and Amazon allow you to change the default music service to one that isn't their own, so why can't Apple do the same?

We can obviously understand why, but Apple needs to think about its long-term play in this area. If people are bringing the HomePod into a house already entrenched in Spotify, and on other smart speakers, are they really going to pay more for Apple Music just so they can ask Siri to play DJ? More likely, they'll accept a sub-par experience. Spotify now has more than 170 million monthly active users. Open up Spotify to those users with SiriKit and you'll have won over a significant audience.

And as for Siri, which was largely absent from this week's event overall, I've talked about this one before. As long as Apple keeps its stance on privacy, we're not going to see any overnight miracles akin to Google Duplex. I will say that, having been at both Google I/O and Apple's big events this year, the difference between how Assistant and Siri were discussed was rather stark.

As for the immediate future, Apple needs to make the HomePod a better prospect, particularly for those outside of the Apple ecosystem that it has the potential to bring in.