The smart home just had a seriously big week at CES

CES 2018: The only news you need from the past seven days in Vegas 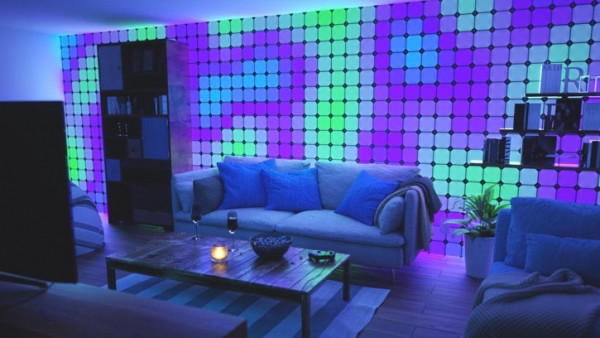 The Ambient is back from our first CES show and kids, it was a vintage year. The smart home was the tech trend to beat all tech trends this year and not only did we get plenty of shiny, new kit to covet but we also saw more and more devices and appliances working together.

We get it. If you're trying to keep up with the latest smart home news, the steady drip of stories coming out of Vegas over the past seven days has been kinda overwhelming.

Read this: Five gadgets to make your kid's bedroom smarter

That's why we've broken it down into four big trends: Alexa vs Google Assistant, rival smart home systems, home security gets serious and finally, fresh ideas, where we pick a few of our favourite innovations.

If we had to pick one theme from this year's show, it would be the gathering of forces by Amazon's Alexa and Google Assistant. Both smart home ecosystems got a boost with new and existing smart home gadgets adding support for the two voice control options.

The biggest splash was probably Google's new smart displays, Echo Show-style speakers-with-screens which are powered by Assistant. Lenovo and JBL showed off real products, the Lenovo Smart Display and JBL Link View (above) and Sony and LG are also both on board, though with nothing to show for it yet.

One standout worth looking at is the Hogar Milo smart speaker which, as well as supporting Google Assistant, also packs in support for both Z-Wave and Zigbee smart home protocols. That means that this is an Echo Plus-beating home hub that should work with just about anything.

And Qualcomm's new Home Hub platforms, based on chips which support Google's Android Things, sound very promising for the future of Google services including Assistant but also Cast, Duo and Maps.

Alexa was everywhere too, despite Google catching up. In home cinema, the Polk Command Bar soundbar added Alexa controls, in the kitchen we had Amazon's announcement of Alexa cooking controls coming to microwaves and, in future, ovens. Alexa support was also announced for: Kohler Konnect's smart bathroom mirror and, yes, smart toilet; the Kwikset Kevo Contemporary smart lock; the FirstAlert OneLink Safe & Sound smart smoke alarm/carbon monoxide detector and the Garmin Speak Plus car accessory, which now comes with a camera.

Also in cars, Alexa will be coming to some Toyota and Lexus vehicles later this year and Panasonic is working with both Google and Amazon on voice control for infotainment systems.

Silicon Valley isn't about to split the planet into Alexa and Google homes, though. CES also saw rivals like Apple HomeKit, Samsung SmartThings and new players like GE making moves.

Samsung was showing off a new modular TV called The Wall and its Family Hub smart fridge for 2018 which comes with integration with its own voice assistant, Bixby. Samsung spent much of its press conference hyping up SmartThings, its own cloud-connected home ecosystem, and talking about all its products being IoT ready by 2020.

The new SmartThings app, which combines all Samsung's existing apps ŌĆō SmartThings, Connect, Home, Smart View ŌĆō will launch in spring 2018, so you can access the same app on your phone, TV or even in the car. Don't count Samsung out yet ŌĆō it already has a lot of gadgets and appliances in people's homes.

Lastly, GE Appliances seemed to be making an attempt to own the kitchen, if not the entire smart home, with its GE Kitchen Hub, a 27-inch smart screen that hangs over your oven, shows you recipes, lets you video chat and controls other devices. GE kit already works with Alexa, Google Assistant and the rest but it seems to be edging towards its own vision of what the centralised hub looks like.

You might get all hot and bothered about smart security cameras but we saw a lot of new tech and interesting directions in this category this CES. So listen up.

First up, the Hive View camera (above) put its focus on style over the most cutting edge features. So sure it lacks full face recognition, but look at it! The Yves B├®har designed camera is small and elegant looking and can be disconnected from its bracket for an hour of streaming somewhere else in the house.

Ring launched two Stick Up Cams alongside its Beam smart security lighting for pathways, steps and spotlights. The cameras can be used inside and out and the Elite comes with Power of Ethernet so you don't need to rely on Wi-Fi for live feed streaming to your phone.

The curious thing about the new Canary View camera isn't any specific features but the fact that this is an excellent all-in-one for the low $99 price. Canary is betting you won't care about advanced features when you can get everything you need in one affordable device.

Somfy, which makes all sorts of smart home products including smart blinds, had an Outdoor Camera ŌĆō due out end of 2018 ŌĆō which can play a customised voice alert when a person enters a zone. If they don't leave, the 110-decibel siren goes off.

Swann, meanwhile, updated its range of smart security cameras to support both Alexa and Google Assistant plus if you have a Chromecast, you'll now be able to stream Swann video feeds to your TV. In terms of new kit, Swann brought its new Video Doorbell, which comes in both wireless and wired options, to CES.

We were also intrigued by Abode's new Iota security system (pictured above). Not only does this DIY set-up work as a hub and security camera, with support for Alexa, Google Assistant and HomeKit, it works with both Z-Wave and Zigbee protocols (handy) and the idea is that you build your own network of accessories to go with it.

As we mentioned above, both Kwikset (above) and Schlage debuted new models of their smart locks with Alexa and Google Assistant support respectively. Meanwhile, the Nest x Yale smart lock, which we've been anticipating for a while and which completes Nest's Secure system, got a release date: it's on sale this March.

CES is always a good place for bot spotting and this year was no different. LG was showing off its serving, porter and shopping cart CLOi robots which are aimed at malls and airports but fun to think about in the context of the home nonetheless.

Elsewhere, the Foldimate laundry folding robot is bananas but we still want one and Aeolus is here to mop floors, move furniture and put away the dishes. All well and good aside from the fact that the robots of CES had a few stalls and mishaps this week. Robo-cringe.

Ask The Ambient co-founder Paul Lamkin what the best thing he saw at the show was and he'll point you in the direction of Philips Hue Entertainment, its new platform for syncing up your Hue lights to the movies you're watching and the games you're playing on Ambilight TVs and PCs. That Coco demo looks magic.

Two of our favourite ideas from the show revolve around tech babysitters. Streety is a new app from Vivint ŌĆō which, by the way, had a kick-ass smart home stand ŌĆō that lets neighbours in a 275m radius share security camera footage, live or recorded, with each other.

And Tabs is another neat idea ŌĆō it's a security system with a one mile radius so that kids, wearing a smart band, can be tracked when they're hanging out nearby or on their way to school.