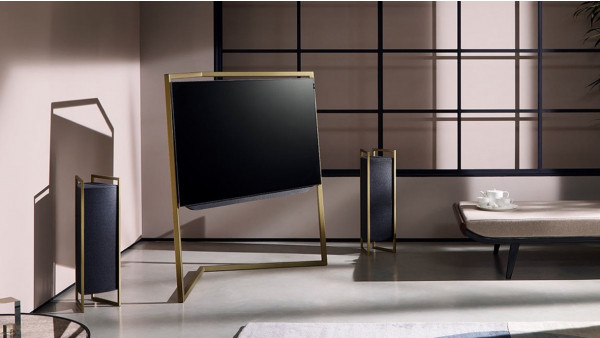 Two and a half years ago, Bodo Sperlein was a little sad. The designer, whose eponymous London studio has worked on homeware, furniture and ceramics for clients including Dior, Nikko and Mulberry, was approached by Loewe to become the high-end German company's creative director. Since then he has designed the Bild 7, Bild 9 and (still in development) Bild X TVs but back in 2016, he was looking around at all the tech that was filling our lives. And he didn't like what he was seeing.

"I was quite interested when Loewe approached me because I thought - I've never done a television, I've never done technology," he tells The Ambient. "When I started researching I thought, why has technology become less visible? It was very nondescript design that was happening at that time. Basically, you would almost be embarrassed to put a TV in the room. It was kept very neutral and boring. Technology is such a big part of our lives. Why canŌĆÖt it be a more aesthetically pleasing part of our lives?"

Read this: The rise of the design TV

Fast forward to 2018 and Sperlein thinks there's "something in the air" when it comes to technology and design, something he hopes he has contributed to. Based on the collaborations and exhibitions at this year's Milan Design Fair, which focused on softer materials, customisation and playful interactions we're inclined to agree. We recently named Bodo Sperlein as one of six design studios, alongside the likes of Fuseproject and the Bouroullec Brothers, that are putting the beauty back into technology in the home.

It's the same principle, that technology should make a statement not be hidden away, that informs the designer's views of everything from speakers - "I don't know why speakers had to disappear, hidden away in the ceiling" - to smart earbuds - "Apple's look like a hearing aid" - to kitchen tech, which Sperlein credits with kickstarting a movement back towards aesthetically interesting and desirable home tech.

The steel frame of Sperlein's elegant Bild 9 (main image) is frequently referenced as art deco-inspired but he says his influences range from Bauhaus to turn of the century furniture to art and "god knows what else".

"The reason I chose this particular look for the Bild 9 was that it suited the panel. Because you can probably imagine as a designer, thereŌĆÖs nothing worse than having a black sheet of glass and thatŌĆÖs it. What do you do with it? I thought - letŌĆÖs celebrate this piece, itŌĆÖs ultra thin, let's turn it into a sculptural piece that actually enhances and shows off the panel."

The Bild X (above), meanwhile, which isn't on sale yet but will be "in the next nine months or so", is still a work in progress. It's the same technology as LG's own Wallpaper TV and in this case, Sperlein's studio is working with Loewe's engineers to finesse the exact strategy for removing as much of the hardware as possible and placing it either in the frame - from which the slightly flexible OLED panel is suspended by magnets - and/or a module in a round, stone base attached to the thin, metal stand or a box that's further away from the frame.

Do I want Alexa in my room? I donŌĆÖt think so

Loewe is also experimenting with both software updates that can upgrade its TVs - Sperlein is a fan of this eco-friendly, modular/upgrade apprd also adding connectivity for example, wireless audio between its TVs and speakers.

For his next trick, Sperlein plans to take OLED in an unconventional direction. He's in the early stages of a project based around showing off what LG's OLED lighting can do. These paper-thin, light ribbons, which have been demoed on the tech expo and design fair circuit, are flexible, can be moulded into interesting shapes, don't get hot and use less energy than LED bulbs.

"I want to showcase the ability of a material, of a new technology," he says. "It would have to be with more of a premier brand, similar to Loewe, who can actually demand the price point weŌĆÖd need to produce a spectacular OLED lighting installation. It's actually already being used in the automotive industry. I can see a lot of very good applications. Imagine you have a light that can vibrate, it can become a speaker, it can become a lot of stuff.

"High-end brands become ambassadors for the technology," he continues. "LG isnŌĆÖt making lighting because thatŌĆÖs not their strength. LG is thinking - if we can turn this OLED lighting into the next light bulb, can you imagine?"

Design on The Ambient

The smart home is having a moment at Milan Design Week

Sony, Google and Sonos show off the softer side of home tech 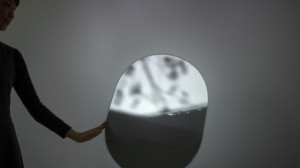 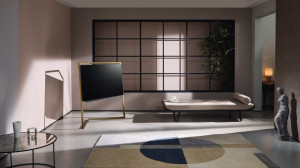 The six design studios putting the beauty back into technology

These designers are shaping the smart home of the future

Design on The Ambient