What smart home makers should steal from Essential's Ambient OS 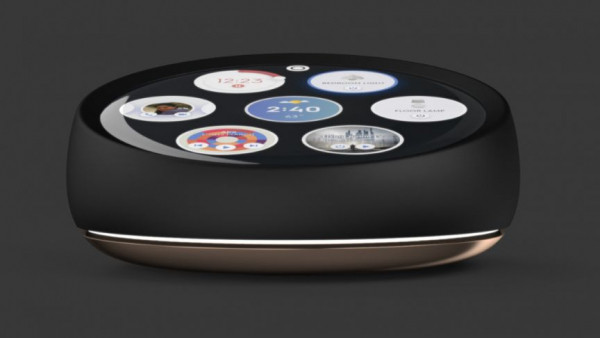 We were pretty sad when we heard that Essential Products, the tech startup from Android founder Andy Rubin, was putting its smart speaker plans on hold to work on a Her-inspired AI smartphone.

Admittedly that sounds super cool, but while Amazon, Google and Apple fought it out on hardware and software this year, part of our smart home brain was focused on the fact that the genuinely exciting Ambient OS was coming.

Read this: Your guide to the new Google Home app

It's not actually official yet but Bloomberg has a pretty well sourced story saying that Essential "paused development" of the smart speaker, partly because it was too similar to rival products.

And sure there were some similarities ŌĆō but we think Rubin and co are forgetting how interesting some of their choices were. If the Essential Home is never to be, here's what we think smart home players should steal for existing ecosystems.

Who knows if Rubin would have been able to pull it off but when the Essential Home was first announced, the plan was for it to run on its own Ambient OS voice assistant. And also support Alexa, Siri and Google Assistant on top of that so you wouldn't have to choose. (This might have involved connecting to your phone via Bluetooth in a worst case scenario).

It's an idea we've heard Sonos CEO Patrick Spence champion ŌĆō the Sonos One smart speaker has Alexa voice controls currently and Google Assistant support is due by the end of 2018. Other speaker makers, like Bang & Olufsen, are assistant agnostic with regards to their future voice plans. Still, the majority of affordable smart speakers being sold right now are locked to either Alexa or Google Assistant.

Here's something that only a serious smart home maker that doesn't rely on a data 'n' advertising business model can do. The thrust of Essential's privacy plans rested on the Home's ability to do most of the computational processing on the device itself, not on cloud servers.

We're expecting to see something of a backlash against the strategy of Amazon and Google guzzling up all our voice and smart home control interactions in the near future. If there's a data breach or other compromise, Apple will be in the best position when it comes to its policies on safeguarding our personal data. Otherwise, it's indie, DIY platforms like Home Assistant that could win big here.

Obviously Rubin thought he was too late, but his plans for Ambient OS, the operating system for the Essential Home, were to make a sort of Android for the smart home. That meant open source and super easy for people to start developing for, or even take and turn it into their own, custom OS. The existence of such a toolkit could have redressed the balance somewhat between the early hold of the tech giants ŌĆō Amazon, Google, Apple ŌĆō on the smart home and smaller one-product or mini-ecosystem tech companies and startups.

We haven't seen anyone else propose such a bold offering, but there are a few signs there's a gap. It's only been picked up by a few companies so far but smart home platform Yonomi, for instance, has a service called ThinCloud which lets tech startups and bigger companies outsource all the device-to-cloud connectivity to Yonomi.

Tie in design and features

Those are some big, bold ideas but there's also the fact that we just liked the sound of the design and futuristic features of the Essential Home. The original pitch seemed to us to be a really nice mix of standard smart home control and routine-type features and subtle, ambient computing additions.

Here's an example ŌĆō the Essential Home has a big, circular screen that's slanted towards the user so that it can sit on a surface as well as be mounted on a wall, plus the idea was that the Home would spring into life when you glanced at it. We didn't get details on whether this would be via a forward-facing camera or proximity sensors, but it's a simple idea that works nicely with the form factor and makes Facebook's super swivelling Portals look overblown.

As we say, some of Essential's IFTTT-style promises have been taken up and leapfrogged by Amazon and Google, in particular. But the big ecosystems could still spend more time thinking about making setting up the smart home more beginner friendly.

Ambient OS was being built to put more of an emphasis on the physical layout of your home and the people in it, with features including suggestions for how your devices could work together and 'applications' to create.