Trust it or not, Facebook's voice assistant is essential to its future

We're moving to a world where Facebook matters a little less 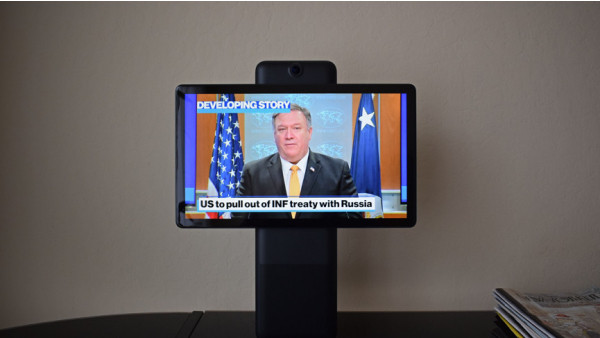 Facebook's smart home play is a bit of a mess. The company's first smart speaker, Facebook Portal, was met by more than a few raised eyebrows, and now the company is set to launch a voice assistant to take on Alexa and the gang, as per a report from CNBC. Cue the eyebrows once again.

Word is, Facebook postponed its smart speaker after the Cambridge Analytica scandal broke, but the dust had barely settled when Portal was finally revealed. In fact, Facebook was at the time cleaning up the mess from another privacy screw-up which exposed at least 50 million users' personal data. Presumably, it decided it had to pull the trigger or risk killing the product entirely, which is why the timing was so puzzling.

Facebook is in an unenviable position, building for a platform that demands even more trust

But while we were braced for the Facebook Portal, we didn't expect Alexa to take centre stage. Facebook's AI was reportedly not ready in time, so while the "Portal" assistant could carry out basic tasks like launching video chats, Alexa took on the heavy lifting. Now with news that a voice assistant has been in the works since early 2018, the obvious question is: why didn't it just wait?

Because Facebook can't rely on Amazon forever, and it would be risky to assume Amazon will stay friendly (lest we remind you of the on-again/off-again relationship between Amazon and Google).

But more pressing to Facebook is the rise of voice as a paradigm, which represents a move away from what the social network has traditionally been about. A world where voice is the dominant force is one where we're scrolling through Facebook a lot less. In fact, some people think voice will kill the keyboard within five years.

So even if the idea of a Facebook assistant in your home gives you the heebie-jeebies, it's a case of adapt or die; any tech company betting on its own future should be considering voice to some extent. But this means Facebook finds itself in an unenviable position, building for a platform that demands even more trust ŌĆō a currency the company is poor in right now.

So the question now is: how can it win us round? For its Oculus VR products, which it says the assistant will be used for, I actually think voice makes perfect sense, and may land better with users as a result. But for Portal and whatever other smart home devices it has planned, it's going to be an uphill battle.

When it comes to Facebook and user privacy, it feels like we're past the point of no return. You could point out that Amazon and Google have also had their share of privacy slips, but these happened after they'd made their way into homes, and have been relatively minor compared to Facebook's endless stream of screw-ups. Convincing someone to buy a product they don't trust is hard; convincing them to throw out one they already love is arguably harder.

So yes, while we may throw snark at Facebook's plot to create a voice assistant, it has to happen, even if the timing still seems as puzzling as it ever was.