The home tech predictions we actually think might happen 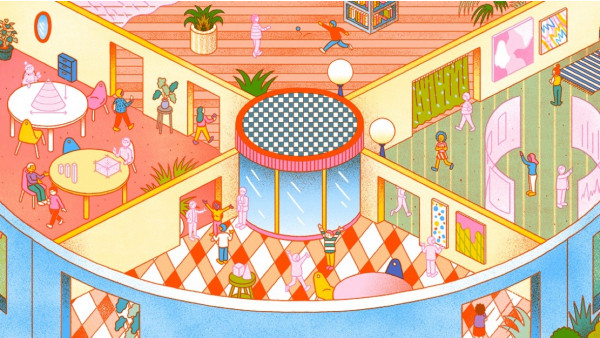 It's almost too easy to make bold smart home predictions. There's just so much glamorous tech to get into ŌĆō AI, robots, washing machines.

We've been digging into what tech companies and research analysts see in the future of the smart home and editing out the filler and the nonsense to make our timeline for 2020, 2030, 2040 and even 2100 when let's face it, we'll all be in VR perma-heaven.

Read this: The movie smart homes we want to live in

Here's what the experts say is coming and which predictions we want to come true, from companion robots to augmented reality socialising in shared city houses. Some of the shifts in smart homes come on the inside ŌĆō connecting every device in sight ŌĆō and some is on the outside ŌĆō like sensors and energy panels built into the actual buildings.

Let us know what you want your futuristic connected home to look like and which ideas give you the heebie jeebies.

This much is clear. Now Samsung has come out and said that all its products will be "intelligent" and "IOT ready" by 2020 ŌĆō well, reiterated as Samsung also set the big 2020 target a few years ago ŌĆō at CES, expect LG, Sony and the rest to follow suit.

In two years, analysts are predicting that we'll have 20.4 billion connected things live in the world, and as many as 12.8 billion of those for households rather than businesses. Already in 2018, we've seen connected toilets, connected microwaves and connected cars, so it's not difficult to see how we get there.

It's not just the Wi-Fi connection that will be taking over the home either ŌĆō Jupiter Research predicts that 1 in 10 households will have a "housekeeping robot" in 2020, up from 1 in 25 last year. That will include social robots like Jibo and LG's new serving, shopping and porter CLOi bots, but also healthcare robots too.

Both Amazon and Google have teased that Alexa and Assistant will get to know us more and more, even to the extent that the AIs will be able to detect and analyse how we're feeling from things like tone of voice. That's useful because one day our voice assistants might be able to tell we're stressed or that our request is urgent. But it could also be used to build up an emotional profile. That might all be under development in secret Silicon Valley and Seattle labs but we reckon these features will go live in the next two to three years.

Research firm Gartner has gone one step further with its prediction that our "personal devices will know more about an individual's emotional state than his or her family" by 2022, thanks to emotional artificial intelligence becoming more and more sophisticated and ŌĆō we assume ŌĆō daily use. The latest Blade Runner film has an AI called JOI which can tell you "everything you want to hear" and show you "everything you want to see" based on your personality and experiences, but that's not due until 2049.

Fast forward to the year 2030 and experts expect the global population to hit 8.5 billion. We spoke to Ikea's external lab Space10 and creative strategist Bas van de Poel told us that co-living (or shared living) is one of the main areas of focus for the innovation lab, alongside AI and natural interfaces. Co-living could address two big future issues: overcrowding in cities and loneliness.

One, Network Living, has "private dwelling pods" that can be transported around the city, getting rid of rubbish commutes. And another of the tech-ier concepts, CommunicARe, prioritises socialising in shared living spaces using augmented reality in order to improve residents' mental health.

Read a scary robot headline and chances are 2040 will be namechecked. You could argue that the dishwasher is a robot but if we're talking about a consensus on when robots will truly invade our lives, for better or worse ŌĆō stealing hundreds of thousands of jobs! writing all the software code! outnumbering humans! ŌĆō it looks like 2040 is where it's at.

Robots were another big theme at CES 2018, and everyone from LG to Honda showed off cool concepts ŌĆō the most interesting for the smart home were a cross between a social, humanoid design and a genuinely useful, single purpose design. We could be testing out laundry folding robots as soon as this year, but all you need to do is set a robot vacuum on a rug with tassels to see we're decades away from where we really want to be.

Let's return to Samsung, a company that isn't afraid to think wacky as its C-Labs AR and connected self projects show. Its SmartThings Future of Living report makes for very interesting reading on how we could be living in around 100 years.

When it comes to the smart home, the most radical shift could be how and where we make our homes. Ideas include sustainable, sensor driven homes with smart solar panels, wind turbines and piezo plates built in to buildings and connected to our individual apps. Bespoke 3D printed furniture and homeware could be ready for renters when they arrive ŌĆō see also Matalan's (yes that Matalan's) quite nice self decorating house concept.

Finally, the report predicts that with the ever decreasing amount of urban space we'll be building up ŌĆō in the form of super-skyscrapers ŌĆō and building down ŌĆō creating sub aquatic homes and communities that could be powered from wave farms. See you down there.