What's next for voice assistants in the home

The future of Alexa, Google Assistant and Siri 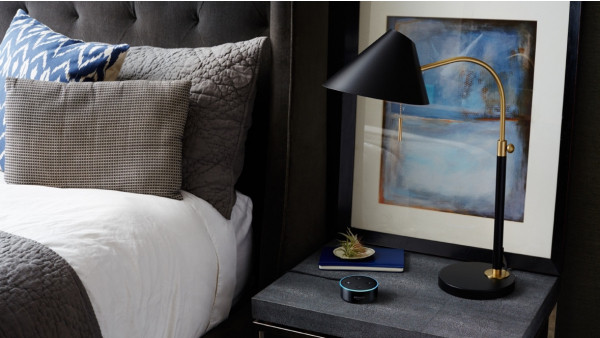 Voice assistants have taken over the smart home. Amazon Alexa, Apple's Siri and Google Assistant are at least partly responsible for the current explosion in smart home devices and right now they're all competing to match each other on features.

Alexa does funny Easter Egg references? Now Google does too. Google does broadcasts around the house? Alexa gets Announcements. The big two work with nearly every device and streaming service and Apple is catching up. And so on.

Here we're looking at what's coming up for the future of AI assistants - how we'll interact with them in the home, what our relationship will be and what features are coming. In the next few years, voice assistants will:

The most obvious trend that we're already starting to see for 2018 could put voice assistants' future in jeopardy, funnily enough. And that's smart speakers with screens. Or smart displays. Or whatever you want to call them.

We're used to voice assistants in the home coming in a speaker form that's purely voice only but these new touchscreens will be able to show you want you've asked for - directions, recipes, news stories. The sad thing is that we also think this loses something - the natural conversations that don't require us to look at at screen. Still Google's smart displays are arriving this summer - from Archos, Lenovo and JBL with Sony and LG to follow and Amazon already has the Show and Spot alarm clock. Will this lead us to start prodding screens again and ditching the smart home chat? Time will tell.

One thing is for sure from both Amazon and Google - the tech companies want our voice assistants to get to know us, analyse our emotions and respond with corresponding human-like emotions. How long this will take to get to the stage that we feel like we're talking to a human rather than a robot depends on who you ask - five years, fifteen years, fifty - but Amazon execs have said that in the near future, Alexa will be able to recognise that you're in a rush and respond accordingly. Alexa already has a Brief Mode that you can activate to get less chat in the assistant's replies so you can see how much more useful this would be if the platform's could gauge your mood.

Google, too, isn't shy about setting out its ambitions in this direction. Senior user experience designer at Google, Marc Paulina, says that the "motivations and anxieties" of the user are "super important" and that extends to the voice assistant analysing how comfortable each person is with the interaction. This can be especially useful when the voice assistant inevitably makes mistakes. "These are human problems, itŌĆÖs all psychological and thereŌĆÖs so much we can do to be empathic through our design process," he said at the Re:work AI Assistant Summit.

We're also starting to hear stories of people who are elderly, disabled, hospitalised or simply lonely gaining comfort and companionship from assistants like Alexa. As voice assistants get more personality - Siri is adding more knock knock jokes as we speak and Amazon is trying to figure out how to let people know about its latest fun Easter Eggs - that's only set to increase.

Make decisions for you

If AI assistants get to know us better and better, the logical conclusion is that they become an extension of us and can act on our behalf. That's what futurist Tom Cheesewright predicts is in the smart home's future but it's a development that ideally will go hand in hand with a renewed push towards privacy-conscious, open source voice assistants that aren't necessarily run by three Silicon Valley giants. After all, would you want Apple or Amazon making even mundane, everyday decisions for you?

"AI assistants will start to pull on your social graph and info from the devices in our homes to build up an information profile and make decisions on your behalf," says Cheesewright. "Do people really care about shopping for cereal, washing powder, toilet roll etc? Amazon Dash is an interim technology and we're heading towards subscriptions."

Open source, privacy friendly options that we may trust to act on our behalf could come from projects and initiatives like Mozilla's Things Gateway, Mycroft's upcoming smart speaker or Home Assistant: "ThereŌĆÖs a really interesting, open source movement at the moment moving away from pushing everything up to the cloud. The conversation going around pulling everything back inside the perimeter of the house and maintaining local communication between devices is really interesting."

The most we'll see from the big three opening up is the likes of Alexa and Microsoft's Cortana capitalising on each other's strengths - shopping versus productivity - and an upcoming partnership means the 'rival' assistants will be able to talk to each other. Don't expect the same across Apple, Amazon and Google though.

The smart home is where it's at right now but next up, Google Assistant and Alexa have connected cars in their sights - look out for Spotify's upcoming event where it's widely expected to announce an in-car music player possibly with Alexa support. Garmin already has an Echo-alike for the car in the form of the Speak and Speak Plus.

Elsewhere, high end hotels like the Wynn in Las Vegas are putting Amazon Echo devices in rooms and we reckon we'll see Alexa coming more and more to offices, factories and any industry that could benefit from hands free voice controls. It's inevitable.