Google needs to make it easier for companies to integrate Assistant

When it comes to third-party devices, Alexa is winning 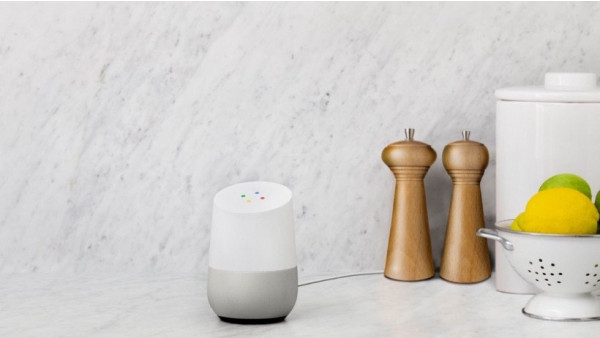 Google Assistant's arrival on Sonos speakers has been delayed into 2019, which is a shame because Sonos said it would arrive by the end of 2018 an entire year ago.

This was always going to be a difficult engineering challenge for Sonos. There aren't many - if any - smart speakers that have both Alexa and Google Assistant built in. A lot of that is down to each assistant having different requirements to run. If you're focusing on a single AI assistant, you can optimize your resources and engineering to working toward one.

Read this: The best devices with Google Assistant inside

However, if Google wants Assistant to be able to slot into other devices easily, it needs to read the room better. Amazon has done a terrific job of making it absurdly easy to plug Alexa into almost anything. Seriously, you can get a smoke alarm, light switch, thermostat and even a car with Alexa built in.

That same wide variety of devices is not quite there for Google Assistant. Sure, there's the Nest Cam IQ with built-in Assistant, but that's cheating. Nest was Google's sister company when it planned that, and now it's folded into Google's devices arm.

You just get more options if you're looking at Alexa. You not only get the Echo line of smart speakers and other speakers more focused on sound quality, but there are already not one but two sound bar options if you're in the Alexa ecosystem. If you're for Google Assistant, you're waiting on the Sonos Beam and using a remote to talk to your Android TV. And that isn't as accessible as Amazon's Fire TV because there are no affordable Android TV streaming sticks.

So Google needs to see that Alexa is winning in that regard, and find a way to make it easier to add Assistant into devices that already have Alexa built-in. Plus, it would certainly be better for developers if Assistant were even more simpler and easy to build into devices. You can see the difference in Google and Amazon's sites for built-in digital assistants. Amazon's is all fancy and well-built, featuring a number of resources and "success stories" of third-party devices with Alexa built in.

It seems to scream "come take Alexa and use it on your own device." On the other hand, Google's is much more sparse, laying out that you need certain architectures and programming languages to make Google Assistant work on your device. It's a small thing, but it helps underline that this is a priority for Amazon and not for Google - and it needs to be for Google.

It's also worth noting that Google Assistant requires the Python programming language, if you use something else you need to bind it with Google's gRPC API, which can make it a little more difficult and, according to Google's own chart on its site, take away some features like voice activation ("Hey Google").

It's awfully strange that Google hasn't made it more enticing or easier for manufacturers to stuff Google Assistant into things. It's certainly made Android easy for phone makers to use, and Wear OS is so easy to integrate that fashion houses under the Fossil Group have pulled it off with aplomb.

Even more oddly, Google certainly realizes what it needs to do when it comes to Smart Displays. This is where Google and Amazon switch roles. Google has enabled third parties to use Android Things to build out their own Smart Displays, while Amazon has so far stuck to its own Show and Spot devices.

Google needs to offer the amount of choice that it offers in phones, watches and smart displays in regular old speakers, and the only way to do that is to make it far easier and more enticing for manufacturers to integrate Google Assistant.