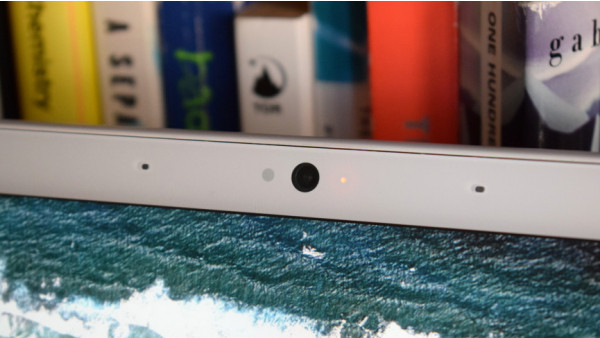 Much has been discussed around what the microphones in our homes are hearing and storing, but with the rise of smart displays comes another question: How much are they seeing?

The Google Nest Hub Max, the companyŌĆÖs latest smart speaker to sport a screen, comes with facial recognition features that have raised more than a few eyebrows.

We get it. And it doesn't help that some of the information Google provides is... less than clear. ThatŌĆÖs why we went to Google with a bunch of questions to clear up what itŌĆÖs seeing, what itŌĆÖs storing, and whether you need to have concerns.

Our questions were largely around the new facial recognition features currently only found in the Nest Hub Max, but ones we expect we'll see in the company's future smart displays.

Smile for the camera

When setting up the Google Nest Hub Max youŌĆÖll be asked if you want to use Face Match, a feature that uses the speakerŌĆÖs camera to recognize whoŌĆÖs looking at it, so it can display personal recommendations for that person - such as calendar appointments and YouTube videos.

If you agree, youŌĆÖll be asked to create a ŌĆ£face modelŌĆØ using your phone's camera, a process that involves moving your face around so Google can get all the different angles and create a "face model" to compare you against when you come near the Nest Hub Max.

So there are two pieces of data to consider here. First, the images that are taken on your phone as you "map" your face. A Google spokesperson told us these images are in fact stored on its servers and not stored persistently in the Hub Max. You can delete them at any time being going into My Google Activity on Google's website.

The second part is the face model Google builds off this, based on those photos. Google told us this model is stored locally on the Max and says the process of the Hub Max recognizing you happens entirely on-device every time, with nothing sent to the cloud. "The recognition process itself does not send any video or images to Google for processing," a spokesperson said.

While that should qualm some fears, it does leave a question over what's happening with those photos Google is storing in the cloud, particularly as this message appears during the setup process:

ŌĆ£Face Match creates a unique model of your face that your Assistant uses to recognize you. This face model is stored on this Nest Hub Max and used to identify you when youŌĆÖre in front of this device. ItŌĆÖs also temporarily processed at Google from time to time to improve the quality of your experience with this device.ŌĆ£

This would seem to contradict Google's comments about the on-device model being kept local, but it seems to come down to a wording issue.

"The face model on the device is not sent to Google," a spokesperson clarified. "Instead, we occasionally use the images that are already stored in the cloud to temporarily generate a model directly in the cloud, which is then permanently discarded."

Google says it does this ŌĆ£from time to timeŌĆØ to improve the user experience. It can, for example, help Google differentiate between different users, so as to avoid the Nest Hub mistakenly confusing members of your household.

However, Google clarified that this is to improve the experience for that particular user, not all Nest Hub Max users as a whole. ŌĆ£We donŌĆÖt use these images to improve the underlying Face Match algorithm as it applies to all users,ŌĆØ a spokesperson said.

What about the Nest camera?

The Nest Hub Max also functions as a Nest camera and youŌĆÖll need to download and use the separate Nest app to get its full functionality.

Nest has its own facial recognition feature called Familiar Face Detection, but this is trained off different algorithms, meaning it's separate from Face Match in the Google Nest Hub Max. A Google spokesperson clarified that the images taken during Face Match setup on the Nest Hub Max are not used for Nest.

"Setting up Face Match with the Assistant doesn't enable Familiar Face detection for the built-in Nest Cam, and the reverse doesn't happen either," a spokesperson told us.

They added: "While the two features do share some of the same on-device technology to recognize a face, the recognition process for Face Match happens entirely on the device, while Familiar Faces on Hub Max (as for all Nest Cams that support this feature) relies partially on processing in the cloud to provide this feature"

How to delete your Face Match data

As we say, once you've mapped your face for the purpose of Google's Face Match feature you can delete it by going to Google's My Activity, which you'll find at myactivity.google.com.

To find them, go to 'Other Google activity' in the side menu and scroll down to 'Voice and Face Match enrollment'.

Can I turn off the recording light?

When the Nest Hub Max's camera is being used to record video using Nest, or for a Duo video call, you'll see a green light appear next to the lens. The solid green light means the Nest camera is ready to record. If it's blinking green, it means someone is watching the live view from their phone.

You can't switch these off, and it's for a good reason: so you always know if someone is viewing the camera. You can switch the camera and mic off at any time, however, using the physical switch on the back of the Max. When you do, the light will turn to orange. 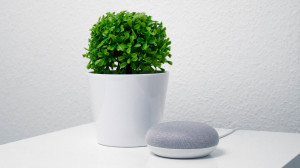 What we expect to see at Google's October event

And what we don't

Bigger, but not better