Google's blackout is just part of it 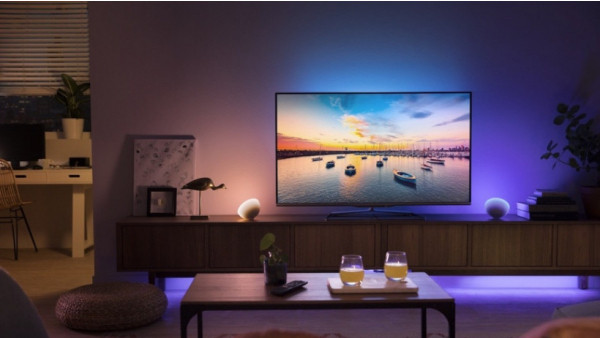 The world was tipped into brief hysteria on Wednesday as Google Home and Chromecast devices started playing up for millions of users around the world. The subsequent scenes were horrifying: people physically reaching for remote controls, some daring a finger towards a dusty light switch; sources say some folks were seen leaving their homes wrapped in several layers of clothing, ignorant as to the weather's plans for the day. Total anarchy.

Google responded by acknowledging the problem and announcing that a fix was on its way. At the time of writing our Home devices seem to be back in check, but if yours is taking a little longer (Google said it would take a few hours to reach everyone), it suggests rebooting the device entirely. This seems to have fixed the problem for a lot of people.

Read this: How to reboot Google Home

And yes, we joke about it because this type of ŌĆ£blackoutŌĆØ probably didnŌĆÖt have a catastrophic impact for most people. If anything, the biggest frustrations were from Chromecast users who rely on GoogleŌĆÖs streaming dongle to share content in offices, conference rooms and at home. But itŌĆÖs these moments that can make the smart home look awfullyŌĆ” dumb.

It also comes during a bad week for the Internet of Things: The New York Times just published a story documenting how smart home device have been used as tools of domestic abuse. According to the piece, abusers have used smart cameras to monitor victims, and controlled thermostats, smart speakers and other devices to harass. Not sure how that might be done? Cast your mind back to just a few weeks ago when a Ring doorbell vulnerability was revealed to be letting people still snoop after a password change.

It was only back in May that Nest had an embarrassing outage of its own, where users across multiple countries were unable to operate locks, alarms and thermostats for three hours. Luckily all these devices could still be operated physically, and for things like locks especially, that should always be a fallback option. But if we are to put our trust in these devices, it's going to be essential to keep the systems online. A game console network or Slack going down (the latter actually had a blackout the same time as Google) is not the same as a home security system going kaput.

Depending on your home setup, a Google Home knockout can be particularly troublesome, as these speakers are often used as hubs for controlling other smart home appliances. And just as the New York Times piece highlighted how important it is to have total control over the devices in our homes, GoogleŌĆÖs and NestŌĆÖs outages remind us that there always needs to be a back-up plan.

The smart home is meant to simplify our lives, not complicate or endanger it. We know Silicon Valley loves to move fast and break things ŌĆō this week has reminded us what those breakages can look like.