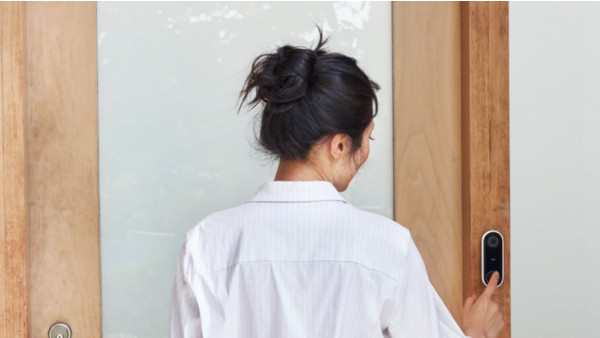 Google and Nest have been dancing a hokey cokey for a few years - they were together, then separated, and then rolled back together - and now they're finally, properly under one roof. Google is also killing off Works with Nest, which will become Works with Google Assistant.

As it sets out the new world order, Google has published a set of guidelines around privacy in the smart home. It's quite comprehensive - you can read the whole document here - but if you want the major takeaways, we've broken them out below and provided some additional context to make sense of what it means, and why Google has made some of these decisions.

In short, while not all of Google's privacy updates at I/O impressed us, its new guidelines for the smart home are more explicit and simple to understand. Mostly. Note, this will apply to Nest users who migrate their accounts to Google this year, as well as those using Google smart home products today.

It's going to be more honest about what's inside your devices

"When our connected home devices include cameras, microphones, or environmental or activity sensors that detect information about your home environment, weŌĆÖll list these hardware features in the deviceŌĆÖs technical specifications ŌĆö whether or not theyŌĆÖre enabled."

Should go without saying, right? Not in Google's case. A few months ago, Google was caught out when users discovered the Nest Secure had a secret microphone built in. The mic wasn't switched on, but the fact it was clandestinely inside the whole time, unknown to users, caused an understandable uproar. Google called it an "error"; we called it a bad look.

The inclusion of this promise is part a response to that debacle, which feels all the more relevant as the culprit was, specifically, a Nest device. So, no more secret mics, cameras or anything else of that nature.

"WeŌĆÖll also more clearly explain what types of information these sensors send to Google, as well as examples of how we use that information, to help you better understand their purpose. Learn moreabout sensors in our devices."

This one feels particularly timely with recent stories around Amazon's alleged failures to keep all collected Alexa data anonymized. Basically, Google is promising to be more explicit about what is going back to the mothership and how it plans to use it. This includes telling you if your sensor data is being used to inform ads. Another example is Assistant voice recordings, which can be removed via the My Activity page. Here's how to do it.

It will make sure you're aware when things are recording

"When your camera is turned on and sending video footage to Google, we will provide a clear visual indicator (such as a green light on your device)"

I saw this in action on Google's new Nest Hub Max, where the green light is permanently visible whenever the camera is being used. Right now, the Nest Cam has an option in the app to turn off the LED; maybe you don't want an intruder to know they're being watched, or maybe the light is too bright if it's in the baby's room.

Prabhu Balasubramanian, group product manager of Google Home, confirmed to The Ambient that the company is working on removing that option and replacing it with an option to just dim the LED, rather than turn it off.

"Your camera sends video footage to Google only if you or someone in your home has explicitly turned the camera on or enabled a feature that needs it (such as Nest Cam monitoring). You can always turn the camera off."

You'll still have to opt-out of ad personalization

When users interact with the Assistant by voice, Google uses that data for recommending adverts - unless you tell it not to. The option is there to switch it off, but this is still an opt-out rather than opt-in situation. Still, better than not being able to opt out at all. Here are instructions for turning ad personalization off.

Google made an interesting, and much-welcomed decision, last year by introducing a Smart Display without a camera - the Home Hub. But now it's rolling out a larger device, the Nest Hub Max, which includes a camera for video calling and home security purposes.

One of the new features making use of this camera is Face Match, a feature that uses the camera to recognize who's approaching the speaker and display information that's relevant to them. Says Google:

"Nest Hub Max offers on-device camera sensing features that help you personalize and control your experience based on what the camera sees, such as Face Match (which helps your device recognize you) and Quick Gestures (which helps you control your device). Once enabled, these on-device camera sensing features donŌĆÖt send video or images from your Nest Hub Max to Google."

The key words here are "once enabled". Further down the page Google says that when users set up Face Match, they'll use their phone to take photos of their face, creating a model that's sent to Google. You can review and delete these by going to your Google Activity page, which should mean they're deleted from Google's servers.

As for video and audio recordings, Google has very similar wording:

"We will only share audio recordings from your devices with third-party apps and services that work with our devices if you or a member of your home explicitly gives us permission, and weŌĆÖll only ask for this permission in order to provide a helpful experience from an approved partner (such as a home security service provider)."

"We will only share video footage with third-party apps and services that work with our devices if you or a member of your home explicitly gives us permission, and weŌĆÖll only ask for this permission in order to provide a helpful experience from an approved partner (such as a home security service provider)."

Works with Nest used an open API that let partners easily create compatibility with their devices. That API is being removed in the new world order (which is what will break connectivity with services like IFTTT and cause other user headaches).

But this also means that third-party companies on the program will no longer receive data from your Nest devices, unless they join the Works with Google Assistant program - and you've permitted access. An example Google gives of where this might happen is with sharing video clips from a Nest camera with your home security service.

Google says it's going to be more restrictive of which companies it brings aboard its Works with Google Assistant partner program i.e. it will probably be a smaller pool of trusted partners. This clause doesn't explain that, but it does point out that Google will still require your explicit permission to share data with other companies.

But sensor data is still going to the mothership

"Our devices include environmental and activity sensors that detect information about your homeŌĆÖs environment and whatŌĆÖs happening in it, such as motion, whether or not someone is home, ambient light, temperature, and humidity. Data from these sensors, which is regularly sent to Google, serves a variety of purposes, such as helping your home take better care of you, helping us make your devices and services better, and keeping you informed."

When it comes to sensors tracking things like ambient light, temperature and humidity, there won't be a way to stop Google taking this information. The company's justification is that it benefits your smart home experience, and while that's true for some part, it's also used for more general insights. For example, this bit:

"We use sensor data to help us troubleshoot and improve the performance, safety, and reliability of our devices and services ŌĆö for example, we use temperature and humidity data from our devices to measure the impact of environmental conditions on battery life."

Google says the rule of sharing data with third parties still applies to sensors, so while you don't have a choice in Google taking this data, you will still have a choice in what gets passed on to other companies. Prabhu Balasubramanian told us the company is also keeping all of that data separate from advertising, which will be important for Nest users who are about to become fully part of Google. This is also laid out in the Q&A section: "We do not use environmental and activity sensor data for ad personalization."

Google's got a guide to sensors in Google Nest devices, which details the specifics of what all the various cameras, mics etc do.

Should be a given, but good to see Google laying this one out:

"When video footage is stored with your Google Account (for example, via a subscription to Nest Aware), you can access, review, and delete this footage at any time"

This isn't an exhaustive list of Google's new privacy terms, just the big ones. And for the most part it feels like Google is genuinely being more transparent in how it handles your data, while giving people more choice in what they share with the company.

But we need to see Google remaining committed to these principles. After all, it can change these terms at any moment. Maybe it's just me, but feels like people are waking up to how tech companies are handling their data, which hopefully means more people calling out the company if it falls short.