The week in smart home: HomePod gets security smarts and more 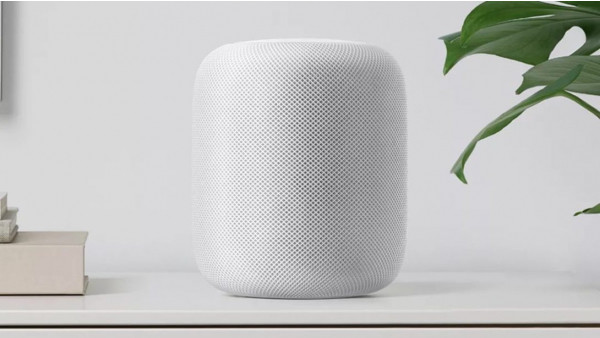 In a week where the security credentials of the smart home have once again come under question, we dug a bit deeper to find out just how safe your connected tech is. The short answer - it's all a bit up in the air.

However, it's not all doom and gloom on the smart security front. Apple has this week opened up its impenetrable door, just a little bit...

When the HomePod went live last month a lot of people were quick to bemoan that security-based smart tech - think locks and alarms - were missing from the smart speaker's range of controls, despite Siri being able to activate these using an iPhone.

SIRI COMMAND OF THE WEEK

Siri's an excellent musicologist - most of the time. For those times when she throws in a song you really can't stand (i.e. anything by Razorlight) then just tell her, "Hey Siri, I don't like this one." She'll not only skip the track, but it will also help to curate the music Apple thinks you like.

Google's native Nexus Player launched way back in 2014, and Google has been treating it to the various Android updates since then. But it's the end of the road for the original Android TV box - with the search giant officially killing support for it.

Google told Android Police that the Nexus Player will not receive Android P and is also not getting any more security fixes.

If you've still got a Nexus Player hooked up to your TV, maybe check out our pick of the top streaming sticks and boxes to see what you should buy instead.

GOOGLE ASSISTANT COMMAND OF THE WEEK

If you've got a guitar in your hand by it doesn't sound right, your Google Home can help you with that. Just say, "OK, Google, tune my instrument" or "OK, Google, play a C note."

In the UK, Virgin Media is now the quickest broadband by far - the telecoms giant this week revealed its fastest plan yet... a whopping 350Mb.

Anthony Vollmer, executive director for Connectivity at Virgin Media, said: "We've always been proud of our network's speed and for good reason. Our lines bring blazingly fast download speeds which are leagues ahead of those our customers could find elsewhere. We have been the speed leader since 2007: We intend to remain at the front of the pack."

The UK ranks 31st in the world for broadband speeds, according to a study by Cable last year - with an average speed of 16.51Mb.

ALEXA COMMAND OF THE WEEK

Want to wake up to your own tunes? Simply say, "Alexa, wake me up to [artist/song/playlist/radio station]."

Deal of the week

There's some great Nest deals to be had this week over on Amazon - both sides of the pond....