But I'm not yet convinced 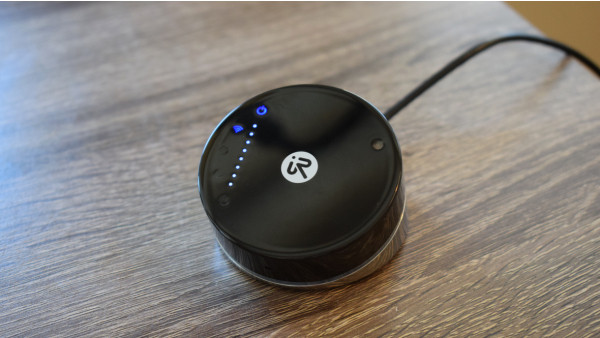 The smart home still has a "gatekeeping" problem. By that I mean one person tends to have control over one, several or all of the devices, leaving other members of the household less empowered. Sure, smart speakers are great for democratizing some of that control, but in most cases much functionality is locked in the app, often behind an account. And what if you don't have a smart speaker at all?

This is the problem iRealm is trying to solve with its smart plug, the iRealm Dimmer Plug 2.0. But this is unlike other smart plugs we've tested. This one is made of two parts: the wall plug, which goes in the socket like any other; and the touchpad, which is connected by a wire. You then plug whichever device you want to make "smart" into the top of the iRealm outlet, and place the touchpad somewhere like a table or bedside table, anywhere it's easy to reach.

Read this: How to build a cheap smart home

That touchpad is your physical controller - it's really just a glorified switch - but means that other members in the house aren't "shut out" from doing something as basic as turning on a lamp. It offers a simpler way of controlling "dumb" appliances, while still bringing a range of smart features like scenes, timers, and voice assistant integrations.

While the iRealm 2.0 can be used with any appliance, it's primarily designed to work with lights or fans as its dimmer function will let you adjust brightness/fan intensity by swiping your finger up or down the touchpad. A single tap will turn the plug on or off.

There are actually two versions: the basic "Dimmer" model and the more advanced "Smart" model, which has Wi-Fi, app support, timers, and a few other tricks the Dimmer doesn't. We've been trying an early version of the iRealm Dimmer. The company told us that there might be some small changes in the device between now and when it ships. Due to the fact it's an early model, some of the functionality is missing (we couldn't connect with Alexa and Google Assistant, but these integrations are promised).

However, we were able to make use of some smart features, enough to give us a good idea of how it works. Would we cover our home with iRealm plugs? Probably not. But in homes where you have kids running around or elderly visitors who are less au fait with Alexa, we can see how iRealm is a good way of providing immediate control.

For example, the iRealm's night light (the ring around the middle) makes it perfect for a nightstand. I can see iRealm being a great light controller for a kid's room. And there are times where tapping a button is always going to be faster than talking to a smart assistant or opening an app.

Beyond the physical interactions, there are features in the app to create scenes (which were wonky in testing) and timers (which worked great!), along with the promise of integrations, such as using your smart lock to trigger your lights.

There's also a "soft lock" so you can prevent the touchpad from activating/deactivating the light if you wish - perhaps when you don't want the youngest members of the household causing mayhem with the lights.

The tap sensitivity is uneven, but again, this isn't the final model. The app also needs a lot of work: it has a habit of losing connectivity with the iRealm and some of the buttons don't even do anything. But these things should be cleaned up for launch.

The question is whether it will get that far: the iRealm Kickstarter isn't even at 10% of its funding goal at the time of writing, with just six day to go, and the company says it's relying on backers to get this off the ground.

Why the smart home is becoming the 'modern home' 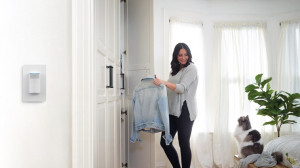 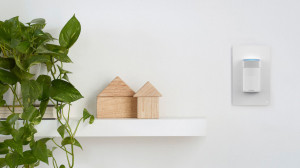 The smart home isn't going away, it's becoming the 'modern home'

Connected tech is the natural evolution of our homes

Get started with the smart home - a beginner's guide 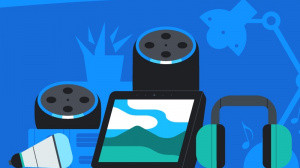