We check out the Lenovo Smart Display and Archos Hello 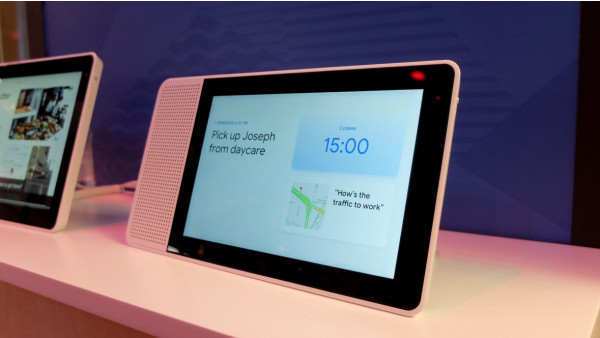 Update: The Lenovo Smart Display is now out and we've reviewed it. Check out our full test.

I'm not gonna lie, when the Amazon Echo Show was first announced, and again when Google unveiled the first in its line-up of 'smart displays' this January, I groaned.

Two groans actually. Groan #1 for how we already spend our waking hours staring at screens ŌĆō voice-only smart speakers were supposed to buck that trend. And a second, smaller groan #2, for the fact that we already have screens in the home that can act as a hub ŌĆō the TV being one.

Still, if both Amazon and Google see this as a possible future for how the smart home controller looks, feels and acts, it's worth looking at. So out at MWC 2018 in Barcelona, I went on the hunt for the three smart displays announced so far.

Samsung wasn't showing off the JBL Link View on its big stand which had a decent sized smart home area. That's a shame as on full blush, that's the device that seems to have done the best job at integrating a screen into a stylish, home-friendly speaker.

The Lenovo Smart Display was there and during a quick demo, it did something to convince me that this set of features could be genuinely useful in a standalone device. Google's own services, of course, help a lot here.

When you Assistant ask for directions via voice commands, you get a nice, neat Google Maps screen as a totally hands-free answer to your request. Google Calendar's big, colourful blocks are easily swipeable and the Smart Display can show you a homescreen with the time, date and any reminders plus a shortcut button for say, your traffic to work.

Cooking is often cited as one instance where you don't want to be fiddling about with your phone and you can call up recipes ŌĆō 'ideas' ŌĆō to swipe through on the tilted full HD touchscreen. This screen is no stunner but you don't really need any more pixels for this type of device.

Throw in video chat (via a front-facing camera, which I didn't get to try) and it all starts to make sense ŌĆō but I'd just like to see better packaging.

I'm jumping ahead here but you can only imagine how Apple's first smart display would look: beautiful, rich UI designed just so for this specific product, carefully crafted materials and finish. The features here are compelling but this is far from a must have home item as we see it and I don't think Lenovo will be the company to get it there.

For what's it worth, Amazon is doing better here ŌĆō the more recent Echo Spot looks neater than the rather ugly Echo Show.

The Archos Hello, meanwhile, is in the very early stages before its launch this summer and Archos didn't have powered on samples to show off yet. We did get confirmation that the Hello will run Google Assistant ŌĆō this wasn't specified in the original release as Archos says Google won't let them advertise the feature until it's fully certified.

I did get to look at the size and build quality though ŌĆō Archos has gone for an elongated design of a grey fabric finish covering the speaker, a chunky main module, wood-coloured back panel and white plastic kickstand. We've also seen a white finish in the press pics. The Hello can be placed either horizontally or vertically, which is nice, but again, overall the polish needed to make this look like it belongs on a nice kitchen island just isn't here.

Now, the Archos Hello comes in smaller screen sizes than the Lenovo: 7-inch and 8.4-inch and the prices are lower too, Ōé¼129.99 and Ōé¼179.99. I'll be interested to see where the prices of these smart displays land as tech companies seem to be taking their cues from the Echo Show and Echo Spot prices.

We've yet to see how Sony and LG treat the form factor ŌĆō these companies were both named by Google as future smart display partners at this year's CES in January. We might also see some difference in tech specs, too, as it's not clear how tightly Google is going to control this category of smart home controller. Let's hope we see less gadgety-looking smart displays from now on.