If Iron Man liked to pinball 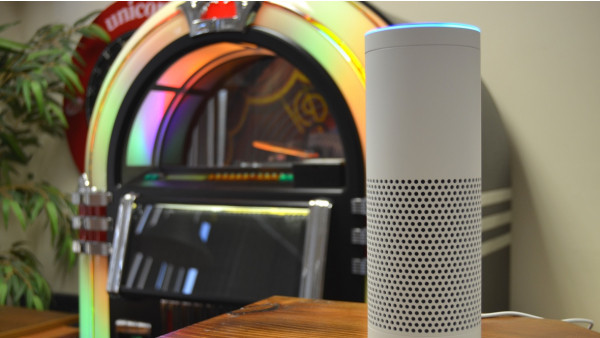 The Ambient is reader-powered. If you click through using links on the site, we may earn an affiliate commission. Learn more
Gareth May
@garethmay
Tuesday

Liberty Games has made a room with a view to the future. A mocked up smart games room with a voice-controlled jukebox and pool table, amongst other goodies; it's the ultimate expression of smart tech turned cool.

Controlled with single voice requests to Google Assistant and AmazonŌĆÖs Alexa, the operation is supported by programmed custom commands and a selection of devices, such as a Raspberry Pi, used to interact with playroom equipment.

Liberty GamesŌĆÖ technical director, Stuart Kerr, says one of the games room's functions is to impress your friends and, ŌĆ£if your games room not only looks the part, but obeys your vocal command, that certainly can't hurt.ŌĆØ But how did they do it? We found out.

He hosted all the skills independently on JavaScript Object Notation (JSON) but you can just as easily host the skills on Amazon Web Services, he says.

Firstly, he wanted to isolate a single and simple voice command, which would then start a piece of games room equipment without the hassle of searching for a coin or poring over buttons.

To realise his vision for an automated games room, he had to create a smart interaction between the mechanisms found in the recreational equipment (the coin slot in a pool table for instance) and the action Alexa was being told to perform. Creating the skill, he says, was fairly easy; getting the equipment to respond and physically execute the action was the hard part.

To do this Kerr attached a Raspberry Pi to the coin-operated pool table and wired the outputs of the PiFace to the coin mechanism, looping in a piece of code to the Pi to have it trigger the mechanism to release the pool balls. All he had to do then was to get the Liberty GamesŌĆÖ server to talk to Alexa and to pass the command on to the Pi.

ŌĆ£We used the PiFace interface to allow the Raspberry Pi to emulate the coin mechanism, so when the Pi received instructions from the Alexa skill, it fired off an electrical pulse [usually activated when the correct coin is inserted].ŌĆØ

1. Learn some simple coding and electronics.

2. DonŌĆÖt wire things near anything with mains voltage.

3. Writing an Alexa skill is a lot easier than you think. Give it a go.

4. A pool table with a manual mechanism wonŌĆÖt work.

5. Use your imagination - here are plenty of other things that can be controlled.

He used a similar method to hook up other Pi's to the foosball and air hockey table, with one super slick amendment. He fitted out the four goalmouths with infrared beams, which then detect a goal when the line is broken by the ball or the puck.

The beams are wired into each Pi, which keep a tally of the score, so when the Google Home smart speaker is given the command, ŌĆ£OK Google, what's the score?ŌĆØ, the assistant responds with: ŌĆ£The score is 3 ŌĆō 0ŌĆØ. Neat eh.

Kerr wanted full voice control over the entirety of the games room and the Rock-Ola Bubbler jukebox was by far the easiest nut to crack.

He plugged a Google Chromecast into the jukebox, enabling streamed media to be transmitted through the speakers. Then it was just a simple process of adding a voice command, which connects the jukebox to an online streaming service, such as Spotify, to make specific requests for songs and artists.

The Cosmic multiplay arcade machine was last up. The retro machine is built with both a coin mechanism and also a ŌĆśfreeplayŌĆÖ feature that adds credits to the game at the touch of a button. Kerr rigged up another Pi and got Google Home to send a signal to the game board, as if the button has been pushed, with the simple command: ŌĆ£OK Google, add a credit.ŌĆØ

Overall, Kerr is pleased with the outcome, particularly how itŌĆÖs a fraction of a second between Alexa or Google Assistant hearing a voice command, executing a skill, and the server talking to Liberty GamesŌĆÖ server, and releasing the balls or adding a credit.

It wasnŌĆÖt all a cakewalk, though. Kerr was able to make the relays on the PiFace board do their thing using just software, but when it came to connecting them up to the coin mechanism on the products, he had to ask the warehouse technicians very nicely if they could do it for him. But itŌĆÖs easily learned, he says.

ŌĆ£Pretty much any piece of games room equipment that uses a coin mechanism can be adapted in the same way the other products were.ŌĆØ

The blog post that showed off KerrŌĆÖs prototype drew a lot of interest even if it wasnŌĆÖt in terms of serious sales enquiries and as much as Kerr says they plan to do a ŌĆ£a more standardised installationŌĆØ down the line we get the vibe thatŌĆÖs not going to happen any time soon. HeŌĆÖs not deterred. ŌĆ£One of the reasons we like doing projects like this is to show what can be done in the industry as a whole.ŌĆØ

For now, everybodyŌĆÖs dream games room remains on hold but Liberty Games have knocked it out the park in showing the potential for the uses of smart assistants and the way - if you have the know-how and the time - you can program Alexa and Google to take control of recreational environments.

Turns out, all our dreams are voice activated. 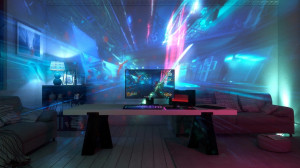 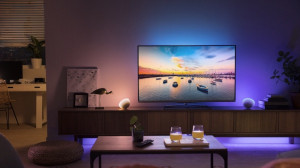 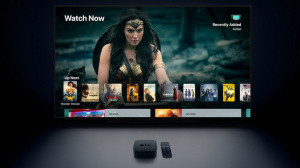