We speak to CEO Fred Potter about chatbots, HomeKit and subscriptions 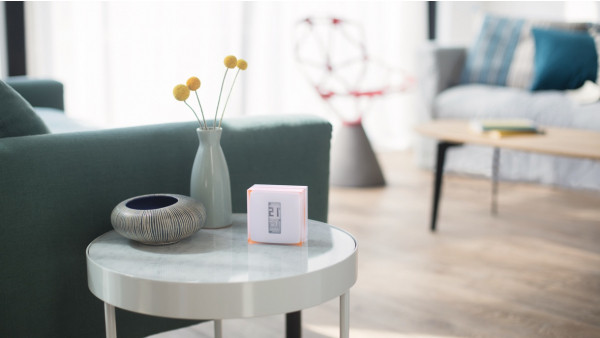 If I suggested smart home controls by shadow puppetry, I'm pretty sure Netatmo's founder and CEO Fred Potter would go for it.

When it comes to home tech interfaces, he just wants to give his customers what they want - whether that's apps, IFTTT, physical controls, voice via Alexa, Assistant and Siri - and now the French connected tech company's new experiment, the Facebook Messenger based Smart Home Bot. The premise? You can text your home instructions when you're out and about.

Here's how it works. The Smart Home Bot is currently available in beta to English language users of Netatmo's range of smart home products - consisting of the Thermostat, Smart Radiator Valves, Welcome camera, Presence outdoor camera, Healthy Home Coach air analyser and Weather Station. More languages are coming later this year and Potter says that after Facebook Messenger, the second app he would target for chatbot functionality is WhatsApp.

You simply text your command or query such as "Turn on the living room light" or "Who is at home?" (which uses the Welcome's nifty face recognition tech), and Netatmo's natural language processing algorithms sends the command to the correct products.

"We pay excessive attention to be sure, whatever interface youŌĆÖre using, you always understand exactly whatŌĆÖs happening," says Potter. "ItŌĆÖs always clear and it definitely makes the difference between a Netatmo product and a competitorŌĆÖs products where in some cases, you just donŌĆÖt understand if you turn on a switch whether a light is going to turn on and off. Or if you want to interact with your thermostat, what temperature, what set point is it trying to achieve and what temperature it has been able to achieve."

The Smart Home Bot will also play nice if you have any 'With Netatmo' products. This is a scheme to smarten up and make connected products from specialists like Velux (roof windows/blinds/shutters), Legrand (C├®liane smart switches and sockets), Vaillant (boilers) and Muller Group (Intuitiv smart electric raditors) with more partnerships to come. But Netatmo's CEO is adamant it's not building an ecosystem.

"Netatmo is not trying to create a platform. This is a space where you have Apple fighting with Amazon fighting with Google. And I donŌĆÖt want us to be in the middle of that fight."

In what's becoming a very crowded space, Netatmo has a few cartes up its sleeve.

The recent release of Apple's HomePod should start to pay off the company's early investment in making all of its products compatible even before Apple released the Home app, when "the benefit to the customer was small". The list of good quality HomeKit compatible devices is still much smaller than the equivalents for Alexa and Google Assistant but there's Netatmo's range, sitting pretty on the Apple store.

That said, Potter is pleased to see many more owners of "cheap Android phones" buying Netatmo products now, compared to when they launched back in 2011/12 when around 75-80% of users were running iOS. "We see more of our products being activated by a customer which I would say is not a particularly tech savvy, high end customer who always has the latest model of Galaxy or iPhone. Now for the Thermostat, more than 50% of our customers have a ┬Ż200 or so Android phone from a regular brand."

Across its interests - energy, security, air and weather - Netatmo has also won fans for specific choices made along the way. Its Presence outdoor smart security camera, for instance, which Potter says has been "extraordinarily successful", doesn't require monthly subscription fees to view, store and share the footage as the equivalent from Nest does.

"People have certain habits when they are enhancing their home, making it more efficient or more comfortable or more secure," says Potter. "One, they donŌĆÖt like subscriptions. People are ready to invest a moderate amount of money to enhance their home, not to pay a subscription. I think itŌĆÖs very important that if we want that part of the market to grow, that we avoid subscriptions.

"The second important thing is that they want long lasting products that donŌĆÖt become obsolete quickly. Because once youŌĆÖve spent time installing a thermostat you donŌĆÖt want to change it every year, or two or three. We are trying to build a brand - we are making durable products which are subscription free and which are going to stay in your home for a long time."

Bang & Olufsen is here for whatever voice assistant you choose 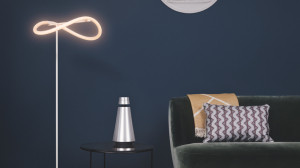 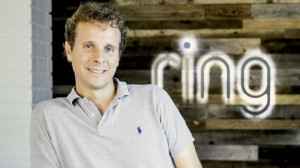 Ring CEO is taking on smart home security, one Silicon Valley copycat at a time

Jamie Siminoff on Nest, Amazon and what's next for Ring

Who will own the smart home?

Early adopters, as you were 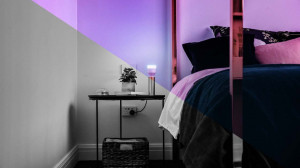