The perfect Roborock for you: Fantastic robo cleaners discounted for Prime Day 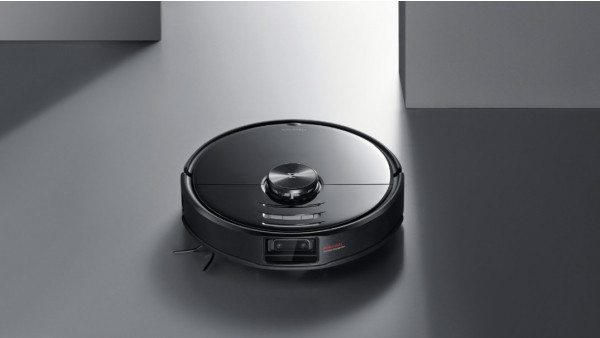 Amazon Prime Day is almost upon us and that can only mean one thing... it's time to start looking for a bargain discount on a top robot vacuum cleaner. Yes, you read that correctly.

You know you watched Breaking Bad and saw Jesse's one and have wanted one ever since. But you haven't coughed up the cash yet.

One - because you think they're too expensive; and two - because of that nagging voice in your head that doubts that a robot vacuum cleaner would do a good job of cleaning up your home.

On the latter, come on Grandpa - that's so not the case any more. Robot vacuum cleaners are awesome. And Roborock is a superb brand that has a wide range of great robot vacuum cleaners to suit all budgets - with some exceptional tech on board that sets it apart from its rivals.

And the good news is that you don't actually have to wait for Prime Day itself (21 June), Roborock has already started slashing the prices on its latest and greatest models, with up to a staggering 40% off of the usual MSRPs.

Here are the best Roborock discounts for Amazon Prime Day 2021, with the big savings all available now when shopping with Amazon.

Roborock's cleaners are all incredibly competitive when it comes to pricing but, if you're looking for the cheapest entry to the Roborock party then look no further than the E4.

It may not have the advanced tracking and laser guidance of its more expensive siblings but you are still getting a fantastic cleaning performance from a 2000Pa vacuum and a 180ml water tank for mopping.

If you're not worried about mopping but you want a high-end Roborock then look no further than the S4 Max; a back-to-basics pick that packs in all of the high-end vacuum cleaning of its more expensive stablemates but keeps the price down by excluding the mopping functionality.

Despite its lower cost there's been no compromise to the battery power. The S4 Max's 5200mAh battery will, on Quiet, give you 180 minutes of cleaning.

The S4 Max features an Adaptive Route Algorithm to calculate the most efficient cleaning route based on a room's shape and in-room obstacles, so you'll actually find that it runs into trouble less frequently the more you use it, as it learns areas it needs to avoid.

ItŌĆÖs the ideal choice for smaller homes that donŌĆÖt require some of the S6 MaxV and S5 Max features, and those who want a budget-friendly option.

The S6 Pure is a newer model than its namesake, the S6, but it's also less expensive and actually better value, especially at this ridiculously low, 40% off price-tag.

As with all recent Roborock models, it's the array of sensors that allow for all the clever stuff in terms of mapping rooms and routes; an area where Roborock really excels.

The little circle on top of the device is the unit where the heavy-lifting of mapping and tracking is done. It features an ultrasonic radar sensor, a cliff sensor, a gyroscope, an accelerometer, a speedometer, and an electronic compass.

If you are interested in the mopping feature then the good news is the water tank is almost 30% bigger than on the S6; up from 140ml to 180ml.

The Roborock S6 MaxV, alongside the all-new S7, sits right at the top of the tree when it comes to Roborock models. It's also the most expensive in the line-up, but you get what you pay for and the current discount makes it a fantastic time to buy.

The roving automated cleaner comes with two cameras for better obstacle avoidance and distance judging. That dual camera setup, along with the LiDAR system, allow the S6 MaxV to detect and work around the likes of chair legs, shoes and even pet waste; you'll even get snapshots in the app of exactly what the machine has recognized.

With a 297ml water tank and a runtime of 180 minutes, itŌĆÖs the ideal device in the Roborock lineup for big, busy homes with lots of obstacles.

As well as the four awesome options we've covered above, bear in mind that Roborock is also cutting the cost of two of its flagship devices next week, on Prime Day itself.