Which option is best for your smart lighting setup? 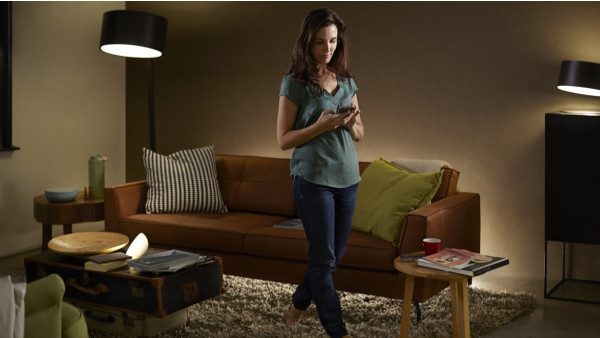 The smart light bulb market is getting even more crowded. Despite plenty of competition, Philips Hue has reigned supreme for years as the most widespread and supported smart lighting system, but a growing number of great alternatives are giving Hue reason to be scared. And guess what? There's another new kid on the block.

Wyze's new Bulb presents a serious and cheaper alternative if you're looking to outfit your home with smart bulbs. Here we've set out the key distinctions between the Wyze Bulb and Philips Hue, to help you work out which option is best for you. Wyze only has the one bulb right now, so we'll be pitting it against the various Hue options on offer.

There's an immediate and key difference between Philips Hue and Wyze's Bulbs that you should know ahead of time ŌĆō the need for a smart home hub to use the bulbs to their full potential.

Most bulbs from Philips Hue need a bridge or hub to function, meaning that if you're getting started you will need to buy a pack that includes a bridge and a bulb, as a minimum. The bridge connects to your Wi-Fi, then to your bulbs.

Read next: The hidden superpower of smart lighting

That bridge can be a bit pricey, at $59 on its own, if you prefer to buy it separately later. There is a way around using it though ŌĆō the new Hue A19 and BR30 bulbs can connect via Bluetooth to use your phone as a hub. The bulbs' functions are limited in some ways by this, but it still means you can get set up and going without a hub if desired ŌĆō and then add one later to get all the missing features if you're happy with the system.

In contrast, Wyze's Bulb connects directly to your Wi-Fi, so you don't need any extra kit to get it going once it's plugged in. This does mean the setup process is a tiny bit more fiddly than Hue, involving switching the bulb on/off three times, but we still had our lights up and running in less than a couple of minutes.

Bulbs are what this comparison is all about, though, so let's get down to it. What do Hue and Wyze offer by way of products?

On the Wyze side of things, this couldn't be simpler. The startup is still new to smart lighting, and only has the one product going ŌĆō its white Bulb. This is a single LED bulb without any colour options, priced at $7.99 per bulb, or $29.99 for a four-pack. It isn't currently available outside the US, but this is a great price for a smart bulb. In fact, it's the cheapest we've tested without a hub.

The Bulb connects to your 2.4GHz Wi-Fi and maxes out at 800 lumens of brightness, matching Hue's numbers. The warmth of the light can be adapted along a range from 2700k-6500k, going from a harsh blue-y whiteness to nice warm yellows.

The picture is a lot broader for Hue. There is a range of starter kits on offer, with a mix of bulbs and accessories, with eight different kits available in the UK and four in the US. These begin at about $69.99 and go up to $199.99.

Given how long it's been around, Hue has countless more lighting products on offer compared to Wyze. It's got LED strips, portable lights such as the Go, lamps like the Table, outdoor lighting and a plethora of gadgets for controlling it all. For the purposes of this comparison, though, its White Ambiance bulbs are most relevant. They're priced at $24.99, quite a lot more than Wyze's bulb. Again, you can now get Bluetooth Hue bulbs that cost $14.99 but these lack the Wi-Fi option, so while cheaper, they're not really comparable.

The White Ambiance bulbs have the same lumen limit as Wyze's, with a warmth range of 2200k-6500k, which means that they can get just a little bit dimmer than those from Wyze, which is worth noting if you're a fan of extremely subtle lighting. In terms of design they're both straightforward, but Philips do make the bulbs in multiple shapes to accommodate different situations and lampshades.

Wyze's mobile app is the control hub for its cameras, sensors, and bulbs, and is a straightforward control centre. You get in-app control, brightness/temperature adjustment, and the ability to do it all remotely despite the lack of a hub.

Wyze's bulbs can also integrate with both Alexa and Google Assistant, letting the smart assistants adjust the temperature/whiteness of your bulbs. Unfortunately, there's no HomeKit support, and Wyze won't be bringing it to its first-generation bulbs.

Philips Hue, meanwhile, works with all of the big three, including HomeKit, so if you're an Apple aficionado it's likely a better choice. Both systems also support IFTTT, freeing you up to sync them with a range of applets to get working in a number of different ways. The world's your oyster on that front.

Both apps let you control your bulbs remotely ŌĆō the two experiences don't differ much. Both of them can design preset scenes for your rooms or home, triggered as you like. Hue does have the benefit of many potential accessories that you can add to your system, from light strips to exterior lighting, and this can make setting up pre-programmed scenes more interesting and varied.

Philips Hue v Wyze Bulb: Which one is for you?

With those details sorted out for you, it comes to down to a choice between the two sets of bulbs. There are a few key questions to consider.

Firstly, are you looking for a couple of smart bulbs without committing to a bridge and whole-home system? If so, Wyze is the simpler and cheaper choice, allowing you to get a few bulbs affordably and replace some of your old "dumb" bulbs without having to invest too heavily.

On the other hand, are you happy to stick to just white light, or do you have more ambitious setups in mind down the line? If you'd like colour-control, and a broader range of smart lighting options in and outside of your home, then Philips Hue boasts a pretty unrivalled range of options. Plus you can start out without the hub using Bluetooth, and see if you like it before committing to a full setup.