Smart home companies are turning us all into crime fighters - will it actually work?

Why turning to social media might not make us safer 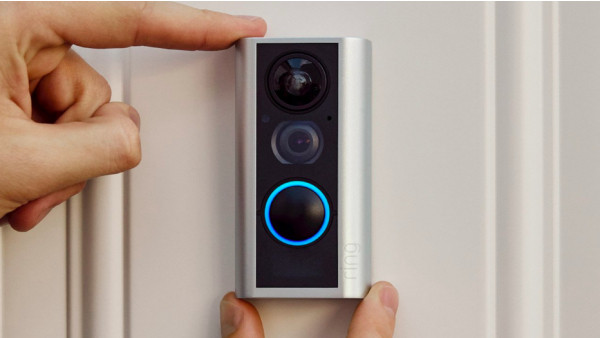 In 2015 Ring installed video doorbells in 10% of homes in the Wilshire Park neighborhood as part of a pilot program with the Los Angeles Police Department. According to the company, the LAPD saw a 55% decrease in home break-ins over the following six months. It made for a nice flashy number for Ring to point at, and undoubtedly helped it in its journey to getting snapped up by Amazon, even if there's some debate over the evidence.

It gave Ring a reason to hone in on the community angle, and now it's venturing into a new crime fighting space ŌĆō social media. Will sharing what our smart home sees with our neighbors make us safer? Or will it redefine the term nosey neighbor?

When Jamie Siminoff, founder of Ring, first came up with the idea of a video doorbell, it wasnŌĆÖt for security, it was so he could see who was at the door when he was in his garage. But he quickly realized the potential of a camera at your front door to deter thieves, and Ring morphed into a comprehensive home security system.

Its Neighbors app launched in May 2018 as an offshoot of an existing Ring feature that allowed users to share captured videos with anyone nearby who also had the Ring app. The difference with Neighbors is that it doesnŌĆÖt require you to have a Ring device, or any smart home security system at all; anyone who lives in the vicinity can log in and view and send alerts about suspicious activity in their neighborhood.

Ring is touting it as the ŌĆ£new neighborhood watch,ŌĆØ and sees it as ŌĆ£bringing communities together to help create safer neighborhoods.ŌĆØ Designed to work as a partnership between neighbors, Ring and local law enforcement, Neighbors sends users push notifications of real-time crime and safety alerts. It also offers a social media-style feed of previous alerts that you can scroll through and comment on, as well as an aggregate of local crime data.

Where is the information coming from? Is this adding any value to my personal safety or unnecessarily making me feel less safe?

Ring told us that since September 2017, its devices "have caught or deterred over a thousand individual crimes and resolved hundreds of incidents," which includes things like finding missing pets or recovering misplaced deliveries.

Social network Nextdoor is already in this space, and although its scope is much larger ŌĆō sort of an online community noticeboard ŌĆō it also has a strong focus on crime and safety. The local police department for my neighborhood in Charleston, SC is partnering with Nextdoor to send notifications direct to specific neighborhoods.

ŌĆ£If something happens, we can give neighborhoods information about that event,ŌĆØ explains Charleston PD Public Affairs officer Charles Finch. ŌĆ£If theyŌĆÖre having a series of burglaries, or break-ins, we can send notifications to that specific neighborhood.ŌĆØ

Neighbors has this capability too, but right now it doesnŌĆÖt have partnerships in my area. Which made me wonder where the alert about a school lockdown I received a few weeks ago came from. Finch told me it wasnŌĆÖt from them. Ring told me, ŌĆ£Ring partners with networks that aggregate real-time crime and safety incidents to send out hyper-local alerts that are accompanied with calls-to-action neighbors can take to stay informed and safe.ŌĆØ

Herein lies the rub about all social networks ŌĆō can you trust them? Where is the information coming from? Is this adding any value to my personal safety or unnecessarily making me feel less safe? More importantly, will it just degenerate into another online cesspool?

Does it add value?

IŌĆÖve been a member of my local Nextdoor, and had a Ring device, since 2016. By default, IŌĆÖve had some version of the Neighbors app since it was first introduced as just a tab in the regular app. I remember checking it out then and wondering how this would work. Only two people in my immediate neighborhood had a Ring Doorbell then, and we were all pretty quiet.

Suddenly I was getting alerts at 3 a.m. about a shooting 3 miles from my house, then a home invasion 1 mile away

Nextdoor was a lot noisier; I was getting constant push notifications about suspicious activity ŌĆō ranging from door-to-door salesmen to missing pets to actual violent crimes.

I was beginning to panic about what kind of neighborhood I lived in, until I realized that the default area Nextdoor was sending alerts from was 4 square miles and included some well-known trouble spots that are actually pretty far from my house. I was able to turn off alerts for everywhere but my immediate area and get some peace of mind.

The same thing happened with Neighbors when it went public, where suddenly I was getting alerts at 3 a.m. about a shooting 3 miles from my house, then a home invasion 1 mile away, a stabbing, another shooting. It was enough to scare me into buying a home security system (aha!). Until, again I realized my alert zone was set for a default 5-mile radius around my home.

My default wider net caught a lot more crime than when I narrowed it down to my immediate neighborhood.

I Iive on an island about one block from the harbor, making downtown Charleston less than 2 miles away as the fish swims, but a whole lot further as the armed robber runs. Once I adjusted my radius to an area where I might feel immediately threatened by any crime, my scary alerts disappeared.

If you know, will they come?

So, is knowledge really power? Does it help me to know that there are murders happening a few miles away while I sleep? Or do I need to know about the woman driving slowly past houses at 2 p.m. in the afternoon? (I stopped her and asked ŌĆō it turned out she used to live here and was just reminiscing).

Does it help me to know that there are murders happening a few miles away while I sleep?

I say my scary alerts disappeared, but what I still get in my neighbors feed are endless videos of people knocking on peopleŌĆÖs front door. ŌĆ£WHO IS THIS??ŌĆØ the poster screams in their comment. I donŌĆÖt know, I think. Why donŌĆÖt you use your video doorbellŌĆÖs two-way communication capabilities and ask them?

One upshot of video doorbells and social media sharing is that the career of door-to-door salesman may finally disappear. After being shamed online enough times I know I wouldnŌĆÖt want to go back to work.

Over on Reddit - that bastion of sanity on the internet ŌĆō there are plenty of complaints about how people use Neighbors, as well as other neighborhood social networks, including racial profiling, curtain twitching and inane postings being sent as ŌĆ£alerts.ŌĆØ So, it seems itŌĆÖs really true: we canŌĆÖt have nice things because we break them.

Where I see smart home security cameras like Ring and Nest, and all the others, really contributing to neighborhood safety is not in warning everyone in the neighborhood that thereŌĆÖs a suspicious-looking dude driving around in a blue van, but in being able to provide footage of that suspicious van to the police.

In Charleston, the local police have launched an initiative asking residents and business owners with exterior security cameras to register their devices with the city. ItŌĆÖs entirely voluntary, and the police donŌĆÖt have access to your device, all they know is that you have one. ŌĆ£So, if thereŌĆÖs a crime committed on Smith Street and the neighbors have signed up for the program then we know there may be footage available,ŌĆØ explains Finch. ŌĆ£ItŌĆÖs another tool we can use to solve crime.ŌĆØ

He stresses that the camera owner is perfectly within their rights to say no if they donŌĆÖt want to release the footage. ŌĆ£This is an opportunity to use 21st century technology to build upon the traditional neighborhood crime watch programs,ŌĆØ Charleston Police Chief Luther Reynolds said when the program was launched in December. Ring added that users who do report crimes will remain anonymous, and added that anyone can opt out of all future requests by police.

Social media definitely has a place in helping us stay informed about whatŌĆÖs going on when thereŌĆÖs an emergency (such as the three hurricanes weŌĆÖve had to evacuate from here in the last 3 years), and in making sure we know how our neighbors chickens are faring in the cold weather, or the state of your high-school boyfriendŌĆÖs love life.

But there are (many) tools for that. With social mediaŌĆÖs potential for misuse, misunderstanding and downright scaremongering when it comes to fighting crime, I think itŌĆÖs best we leave it firmly in the hands of the professionals.