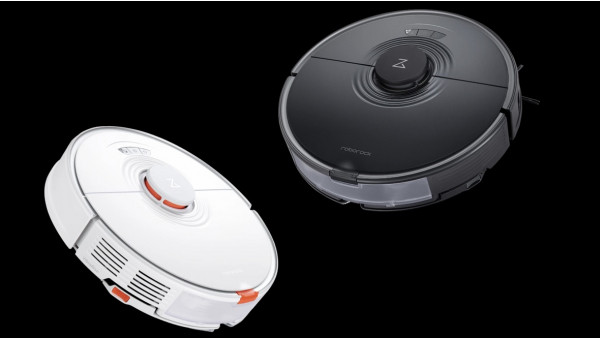 Robot vacuums have rapidly become an integral element of the smart home, helping manual cleaning become a thing of the past by delivering a hassle-free, automated experience.

For many years, the key name driving the space forward has been Roborock. And now, with the launch of its latest flagship model, the Roborock S7, robot vacuums are primed to take another step forward.

This isnŌĆÖt just another typical robot vacuum launch. The S7 debuts impressive new features and performance that you wonŌĆÖt even find on other Roborock devices, let alone other brands.

So, letŌĆÖs explore the finer details of what makes this clever cleaning gadget one to consider.

Mopping has long been a core feature of RoborockŌĆÖs flagship devices, allowing users to double-down on their hardwood floors by giving them an automated wipedown.

With the Roborock S7, this advanced feature is developing even further. The device now boasts one of the fastest sonic mop systems on the market, and the vibrating action on the mop itself is able to help scrub the toughest stains and grime from your surfaces.

So, whether itŌĆÖs something thatŌĆÖs just been spilt on the floor or crumbs that have dried-on for days, a variety of high-intensity settings - ranging from 1,650 times/min to 3,000 times/min - are able to make short work of any mess and leave your floor gleaming.

The sonic mopping is all well and good, but you also need a device that can decipher which surfaces actually need mopping, and which can be left to the vacuum.

Debuting on the Roborock S7 is the companyŌĆÖs VibraRise technology, which is designed to help the device automatically detect the surface itŌĆÖs on and then, if a carpet is detected, lift the mop.

That means users are able to set the S7 around the house cleaning different types of surfaces without the worry of accidentally mopping carpets - all without interruption or the hassle of setting up a separate clean, too.

In order to maintain just-cleaned floors, the mop will also be automatically raised as the device journeys back to the dock.

Combined with the power of the vacuumŌĆÖs Sonic Mopping system, the end result is both a comprehensive and clever clean that leaves all surfaces with exactly the right amount of mopping required.

As with any robot vacuum worth its salt, the Roborock S7 is built on its ability to deliver extreme suction power, not just precision with the mop.

Thanks to the deviceŌĆÖs 2500Pa of suction, users are left with less dirt clogging their carpets or resting on their hardwood floors - be it pet dander, dust or food crumbs.

This power is also complemented by a redesigned main brush, which Roborock has tweaked to help it sit deeper into surfaces and lift muck more consistently.

While it now floats in and out of surfaces more effectively, itŌĆÖs also all-rubber. That means the bristled designs of past models have been replaced by a finned, more durable equivalent. This design is also less prone to hair tangles, while the rubber bristles disrupt the carpet surface more efficiently.

Software smarts that tie it all together

ItŌĆÖs easy to see how the hardware specs make the Roborock S7 one of the elite robot vacuums in the space, but no experience is whole without top-notch software binding it all together.

Thankfully, software engineering with the S7 is as impressive as the spec sheet, backing up the experience to make cleaning your home a cinch.

Whether youŌĆÖre operating through the iOS or Android app, youŌĆÖre afforded expert control over the S7. Cleaning schedules, fan speed preferences and multi-level maps can all easily be tweaked to your desire, and users can even watch the device log its clean in real-time.

However, while at first glance it may seem like the Roborock S7 is moving around the home at random, itŌĆÖs actually leveraging its LiDAR sensor, adaptive route algorithms and room-sensing technology in order to deliver the most efficient clean.

This allows it to map not only the shape of the room, but all the objects on the floor, as well. Once it has this information, the S7 is then able to devise the quickest path around the home - all without missing a spot and taking into account no-go zones, floor types and room selection, naturally.

The smarts donŌĆÖt end there, either. Since the Roborock S7 is compatible with Google Assistant, Alexa and Siri, you can bypass the app and begin, pause and finish cleans with a simple voice command.

The capacity to outlast rivals

Everything weŌĆÖve detailed above helps cement the Roborock S7 as a complete package in the robot vacuuming world, but it also has the capacity to do its job for long periods.

Whether your space is big or small, and whether you want two cleans a week or two a day, the S7 is able to match up thanks to its huge battery, dustbin and water tank compartments.

The 5200mAh lithium-ion battery is able to power its path for up to three hours on a single charge, and, cleverly, if it doesnŌĆÖt have enough battery to finish a job, it will automatically head back to the dock to get enough juice to finish the mission.

With a 470ml dustbin and 300ml water tank, too, itŌĆÖll rarely - if ever - be found wanting when it comes to the capacity to clean.

With Roborock combining new advancements in both mopping and vacuuming, the S7 promises to be one of the most comprehensive robot cleaners on the market.

When added to the breezy app experience the company has finessed over previous generations, software engineering that makes it the most efficient route-taker in the business a powerhouse of a battery department, itŌĆÖs hard to see how the S7 can be matched.