As good as it promises to be, or is it just a load of hot air? 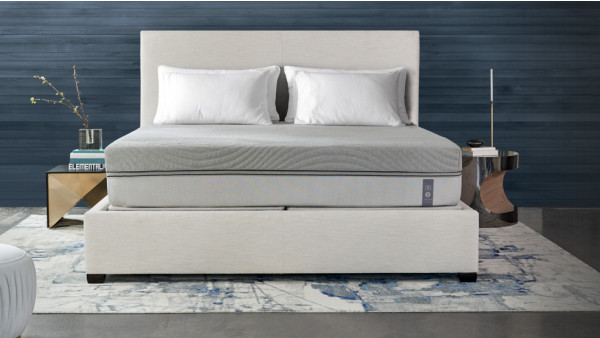 Smart home technology has made our lives a little more comfortable in a lot of ways, from automating lights to saving energy with smart thermostats. One area it hasn't infiltrated yet is sleeping, but that's something we spend a third of our lives doing.

It's only a matter of time until truly smart beds are all the rage, but for now our best bet is Sleep Number's 360 smart bed. I've been testing it out for a couple of months now, sleeping on a queen size. It looks like any other bed, but the secret here is that it's a very fancy air bed. There's a hose that hooks the mattress up to an air pump, which is powered by plugging your bed into the wall.

There are two primary smart features at play here. The first is named Responsive Air, which senses your movements and automatically adjust the firmness of the bed to keep you comfortable. So if you sleep on your side, the bed will adjust to be comfortable for that position. If you shift yourself in the middle of the night, it'll detect you've moved and adjust again.

While you're sleeping, the adjustment is seamless. In three months of sleeping, not once was I woken by the morphing mattress. You can feel and hear the adjustments when you're awake though. It's not loud or distracting, but you can hear it happening.

In three months of sleeping, not once was I woken by the morphing mattress

Regardless, the results are great: I had some pretty damn wonderful sleeps. On my old spring mattress, I would sometimes wake up with a sore side (I'm a side sleeper). That problem has disappeared on the Sleep Number 360. I'm sleeping better and feeling good when I wake up in the morning.

There are some caveats, though. The bed is built for two people, so each side gets their own Responsive Air that adjusts to them. That's great, but the problem is the mattress has two air chambers ŌĆō one for each side of the bed. In the middle of the bed, there is a bit of a seam that you can feel.

So if you want to sleep alone on a queen, you'll need to pick a side ŌĆō no sleeping in the middle. Additionally, the auto-adjusting could prove a little odd if you wish to partake in someŌĆ” adult activities.

Similarly, because it's an air bed it lacks a number of things you might take for granted: it doesn't have a lot of bounce, and when I'm sitting on it I'll start sinking into it. Speaking of which, sitting on the sides or corners is a no-go. There's no frame like there is in other mattresses, so you'll slide right off.

Don't get me wrong, the Sleep Number 360 is good for sleeping, but it's not as good for the things around sleeping. It's definitely a bad bed for sitting on, and it's sure to be divisive for sex.

The other big smart feature is sleep tracking, which wavers between fine and terrible depending on your habits. The bed has pressure sensors that are used to measure your sleep quality, in addition to your heart rate and breathing. It detects those based on your body's movements.

It distills your nightly sleep quality into a sleep score out of a 100. You're not going to get REM, deep and light sleep like you would with a wearable sleep tracker like a Fitbit, though. Everything is categorised as "restful", "out of bed" or "restless sleep". The problem with this is that it thinks you're sleeping any time you're in bed and not moving around.

So if you work in bed during the day, or lounge around watching TV at night, or play video games, or whatever else, you're going to get inaccurate scores. I have a lot of scores in the 30s and 50s just because I tend to wind down with a movie or some binging in bed at night, or play some video games.

I do wish the Sleep Number 360 was smarter, too. I wish it had Alexa, Google Assistant or HomeKit integration so that I could control it with my assistant of choice ŌĆō but it doesn't. I also wish it had integration powers where it could detect when I'm up and start a morning routine, turning on the lights and powering up the coffee machine ŌĆō or shutting everything down at night when it knows I'm getting into bed.

Living in a smart home

Living with a smart fragrance diffuser 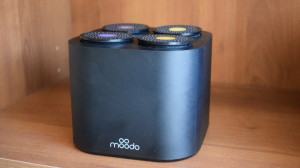 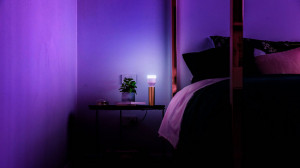 When tech and design collide 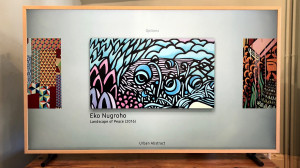 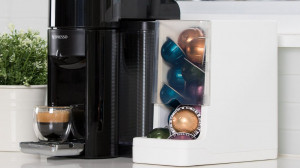 Cheap and plastic, but there's a good idea in here

Living in a smart home

The Sleep Number 360 largely delivers on what it promises to do. It will adjust and help you get a better night of sleep without you having to do anything, but the sleep tracking leaves a lot to be desired. In the end, the 360 is a solid building block that could eventually lead to a great smart bed ŌĆō but it's not there yet.