Smart home sales explored: Just how many devices have been sold? 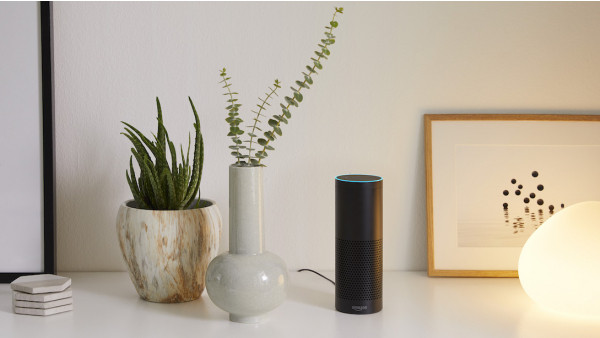 The smart home is big business ŌĆō but just how many Echo devices have been sold? Or Apple TVs? We thought we'd dig into the numbers to get to the bottom of which smart home ecosystems are winning so far (Amazon); which categories are selling well (smart TVs and streaming sticks) and just what they're still not telling us.

The headline figure is that in the US, around 35.9 million smart home devices (not including smart TVs) and 3.1 million smart home controllers were sold in 2017, according to Statista's estimates. Worldwide, IHS predicts that 10% of all households will be smart by 2025 ŌĆō this figure is currently at 7% with an average of six devices per home.

Read on for a breakdown by product and popular brands, starting with the current smart home darling, smart speakers.

How many smart speakers have been sold?

According to research firm Canalys, around 33.2 million smart speakers were sold worldwide in 2017 ŌĆō but what's really interesting is that 16.1 million of those were in the last three months of the year, including Christmas/Holiday sales. So there are a lot of newbie smart homes out there.

As for this year, Canalys expects that number to almost double to 56.3 million smart speakers sold by the end of 2018, which includes the Apple HomePod launch. Compare that to 2016 when sales hovered around 5ŌĆō6 million.

We don't know for sure how many Amazon Echo speakers have sold, but it's safe to say it's still way out in the lead with Google in second place. Canalys' data suggests that over 20 million of the 33.2 million speakers sold in 2017 were Echo devices.

And Amazon itself released data showing that the budget Amazon Echo Dot placed first for Holiday 2017 sales on Amazon's own retail site. All Bezos would allow in terms of a brag, though, was that it sold "millions" over that period.

Google is also being a bit coy with its figures, but in January it announced that it had sold more than one Google Home speaker every second since the Home Mini launched in mid October 2017. That works out to more than 6.75 million Google Home smart speakers sold in around three months, we'd guess between that figure and 10 million ŌĆō still, not bad. We don't know how many of these were the budget device.

Apple hasn't released any HomePod sales stats so far ŌĆō surprise surprise ŌĆō but analysts like Strategy Analytics are throwing out numbers like 3.8 million HomePod sales for 2018 as early estimates. In other words, much less than both Amazon and Google this year, more comparable to the first year Echo sales, and would make it less than 10% of the overall market.

Considering the Apple HomePod is three times the price of the standard rivals, it's only available in five countries so far and its voice controls for Apple Music limit its appeal, that's not shocking. Still, look at the Apple Watch and you realise you can't bet against Cupertino even when it's late with a flawed product.

As for sales of Cortana speakers ŌĆō who knows at this point? We probably never will.

How many smart lightbulbs have been sold?

Philips Hue again doesn't release any data on how many smart bulbs it's sold, but educated guesses online put it at 10 million smart lights sold in the four years to 2016. In its 2017 fourth quarter results, Philips Lighting announced sales of Ōé¼6.96 billion for those three months.

The smart LED lighting brands seem to be even more shy when it comes to releasing unit sales ŌĆō Osram and Lifx are widely regarded to be up there with Philips Hue though. One report forecasts that the smart lighting business will be worth $20.98 billion by 2023. That's a lot of bulbs.

How many smart thermostats have been sold?

Let's start with Nest ŌĆō its CEO Marwan Farwaz told CNET in February that Nest had sold 11 million devices since it was founded in 2011. Now that's not all thermostats; Nest has been selling smart security cameras and smart smoke alarms for a while, and now has quite a broad line-up. And we don't have the breakdown. Still, it's impressive for quite a niche product that's designed to last for years, not to be replaced on a 12 month cycle.

When we spoke to Tado co-founder Christian Deilmann at MWC, he told us that the German smart heating and cooling company, which was founded in 2011, now has "a couple of hundred thousand users" in Europe. Honeywell and Ecobee are frequently cited as in the top three smart thermostat sellers with Nest in the US but we don't have any firm numbers.

In the Bloomberg New Energy forecasts, it predicts that around 22million smart thermostats will be sold in 2021, up from around 12 million in 2018, with both Nest and Ecobee namechecked as bestsellers.

Smart TVs are big business, selling about 222 million units in 2016, rising to 244.4 millionsmart TVs sold worldwide in 2017 according to Statista's estimates. Samsung is on top here with around 48.1 million smart TVs sold in 2016 with LG in second place.

When it comes to streaming sticks, in summer 2017 Roku said it had reached 15 million monthly active user accounts. In eMarketer's estimates, though, Roku was way ahead of the pack with 38.9 million users, with Apple TV on 21.3 million users; Chromecast on 36.9 million and Amazon Fire TV on 35.8 million users. Take these digits with a pinch of salt though considering how much lower Roku's own figures were.

The smart home security camera market will be worth around $11 billion by 2023 and Statista, again, has the estimates for sales so far. Connected security devices, which includes smart alarms and sensors, sold an estimated 400 million units in 2017.