Behold, our greatest and most tragic smart home fails so far

How many tech journalists does it take to change a smart light bulb? 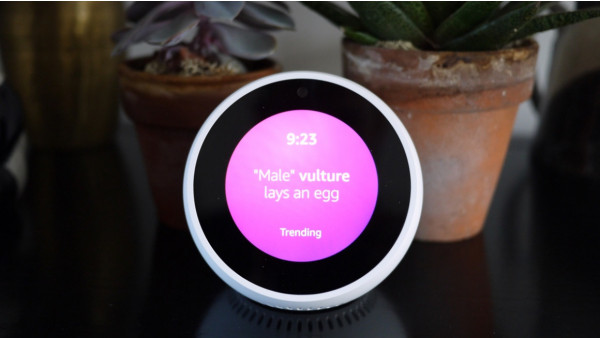 Silicon Valley execs like to say fail fast but when it comes to the smart home, you've probably failed fast, slow, on, off, wired, wireless and every which way in between.

Because the smart home is nothing if not a place of trial and error - if you're getting into this business, be prepared to tinker, to tweak and to turn your router off and on again.

We've compiled a few of our favourite d'oh moments - when we failed to read the instructions, when tech went rogue or when we were so close to achieving connected home nirvana yet so far.

My smart home fail came in the early days. On installing my first Alexa device I paired it with my Amazon account. This accounts reigns from the heady days of Web 1.0, and listed my name as JR Stables.

While getting to grips with what Alexa was able and, pertinently, not able to do, she would apologise profusely to "Junior". "I'm sorry Junior I don't understand". It was super-odd as she no longer uses my name at all ŌĆō but the upshot is a new nickname among the Wareable and The Ambient team members.

A second fail shoutout should also go to my newly decorated walls. About four months after some fairly expensive renovation, I now have cracked and chipped paint work around two sockets and a light switch, after installing my Lightwave RF smart plugs. Anyone got any filler and tester pots?

My smart home failure wasn't actually my connected tech letting me down... it was basically me just being an idiot.

As mentioned in the intro, a lot of smart home issues can be solved by turning the router off and on again, which resets the connections and usually gets things going again. Ahead of a family holiday, I wanted to make sure that if my smart bulbs, security cameras, alarm system and so on went down, I could remotely restart my router. So, I installed a smart plug to it. You can see where this is going, right?

Day 3 of the holiday and I notice that my porch Nest Cam had gone offline so I thought a router restart was the best bet to get it back up and running. So, I open up the Home app, find my HomeKit enabled smart plug - labelled 'router' - and send it the message over the internet to turn off. No problems there, the router was instantly powered down.

My issue was that I had no way of powering it back up. With the router off at the mains, there was no internet connection to get the message to the smart plug to turn it back on. I told you I was an idiot.

My smart home fail is a niche one, definitely a First World Problem. It involves a party me and my flatmate threw. We had it all worked out - Philips Hue bulbs around the room, connected to the Hue Disco app for pulsing colours, and a smart button to control things. Plus a carefully curated playlist playing on a BeoPlay A9 in the corner via Spotify Connect.

We had a bunch of movie soundtrack tunes so we also found a load of iconic dancing scenes (Pulp Fiction, Ex Machina, Moonrise Kingdom etc.) to play on the Samsung Smart TV. Fail. We ended up with a shitshow of buffering videos - YouTube Red wasn't available in the UK (still isn't) and we didn't want ads so we ripped the videos and turned to AirPlay. The network still couldn't handle everything we were throwing at it. Who knew the secret to my dream party might have been a bloody mesh network?

IŌĆÖve been wanting to try out NanoleafŌĆÖs Aurora modular smart lighting for ages and when I finally got my hands on a starter pack, I was eager to get it up on my wall as soon as possible.

So eager that while I was instructed to thoroughly clean down the wall where the adhesive sticky tapes hold the Nanoleaf lights in place, I didnŌĆÖt spend a lot of time cleaning it. It did stay put for a while but a few weeks later at about 4am I was awoken by a series of loud crashing noises as piece by piece my smart lights lay collapsed in a heap on the floor. Always pay attention to the instructions.

A couple of years ago I flirted with the idea of ŌĆ£smart cleaningŌĆØ when a colleague gave me his old robot vacuum cleaner. Being a man of priorities, my first action was obviously to tape a wireless speaker to the top and make my own DJ Roomba (for the record it wasnŌĆÖt actually a Roomba, but some imitation brand).

Once IŌĆÖd let it calibrate itself to the layout of the house I was ready for a life of automated bliss, but oh no, I didnŌĆÖt realise I would be spending every waking hour detaching it from rugs and removing it from corners - you know, the basic robot vacuum kryptonite. I had essentially got myself a pet, just with all of the work and none of the affection.

Then one night, at about 3am, I was awoken by the unmistakable sound of a knock-off Roomba choking on bed linen. My robot vacuum had come alive in the night and was now chewing on my duvet. I got out of bed, detached it and immediately boxed it back up. If the robots want me dead, theyŌĆÖll need to send a more competent assassin next time.

WeŌĆÖd just started using Alexa to create our shopping list but hadnŌĆÖt realised the kids had heard us adding things throughout the day. By the time I went shopping that evening and looked at the list theyŌĆÖd helpfully added their own items... 50,000 marshmallows, six baby elephants, and countless more. Helpful!

What's your biggest smart home fail? Show some solidarity in the comments.