When virtual assistants go down (everyone panics) 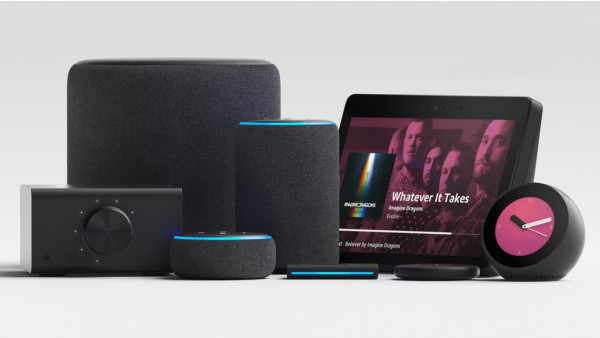 When our biggest smart home fear is not being able to do anything when the Wi-Fi conks out, it's not a good look for the whole industry when cloud services and voice assistants go down in temporary outages and blackouts. But still, down they go.

This year alone, we make it Amazon Alexa down in Europe in September, SmartThings down in the US in March, a Google Home and Google Chromecast outage in June and Nest services going down for three hours in multiple countries in May. Apple next then?

As Hugh pointed out in March, the more dependent we become on these platforms, the more vulnerable our smart homes become. So what's the worst that can happen ŌĆō and why do services keep going down?

Why do bad outages happen to good people?

The worst is probably this ŌĆō Nest's outage in the US, Canada and the Netherlands in May meant that users reported being locked out of devices including Nest smart thermostats, Nest Cam smart security cameras, Nest Secure smart alarm systems and Nest x Yale smart locks.

It took Nest three hours to announce that the Nest apps were now back to being "responsive" but that's a looooong three hours if you're unable to keep an eye on your children, say, or arm/disarm your home's main alarm system using the app. The only explanation was that "this issue has been resolved" and that it was down to a "third party network outage" via the Nest Support Twitter feed ŌĆō not exactly reassuring. Though Nest did stress that all its products were still accessible via physical controls.

Update: the Nest app should load again on iOS, Android, and the web. We're still working on bringing all devices back online and restoring arm/disarm and lock/unlock functionality for Nest Secure and Nest x Yale Lock. We'll post another update when we have more info.
ŌĆö Nest Support (@nestsupport) May 17, 2018

The other outages in 2018 have been a bit more manageable. The Google blackout meant that people using Chromecast and Google Assistant on Home were locked out and it took Google over 12 hours to announce that it would roll out a fix, which would take another six hours. (But that users could reboot devices to get it sooner). That's a good while, though, for an issue that's thought to have affected millions of users worldwide.

Google's explanation was that it was an issue with one of the backend systems that supports both Google Home and Chromecast. That's all you're getting from official channels. Online chatter, though, suggested it was caused by a fix to Location Privacy on Google Homes.

Hey there, sorry for the trouble. We don't have a time frame, but rest assured that our team is working hard to have this fixed ŌĆö we'll let you know once we have an update. Thanks for bearing with us.
ŌĆö Made by Google (@madebygoogle) June 27, 2018

Then there's the most recent calamity ŌĆō Amazon Alexa. The outage of the popular voice assistant at the end of September affected the UK and Europe and though some users were back up and running within six hours (in some cases 90 minutes), for others the outage lasted longer, even intermittently over a period of a few days. It affected everything from playing Spotify to alarms.

Weirdly, Amazon was less straightforward than Google and Nest, providing no official explanation for the outage via Twitter or to tech journalists. Not great, Amazon, do better next time. One theory floating around is that the issue was caused by an error at Amazon Web Services based in Ireland.

Some users on social media expressed surprise that companies like Google and Amazon couldn't fix these issues faster. One lesson here seems to be that if you find your voice assistant or smart home system is down, be prepared to live without it for three, six, twelve or more hours.

We said Apple might be next. It looks like Siri itself hasn't gone down for serious numbers of users in years, which in a way acts as good PR for the HomePod, especially as both Amazon and Google have now had a turn in 2018.

There were reports of widespread Siri outages in 2011, 2014 and 2015, though with some users in each case unable to access the voice assistant for up to a day. And Apple isn't immune to problems with its cloud services ŌĆō in June, it confirmed that 'Directions' were down in its Maps app.

Of course, if you're having problems it might be local to your device or network. You can check on the official system status of Apple services including Siri, Apple TV and Apple Music here. Green lights means all's good.

For Amazon Alexa, you could check out Down Detector's global map and charts of reported problems in the last 24 hours showing if and where Alexa is down, plus the official Amazon Echo Twitter feed.

It's the same deal for Down Detector real time information on Google Home outages, and make sure to follow Made by Google on Twitter.

Obviously, it's also worth checking social media (via search and hashtags) and tech sites to see if this is a widespread problem and for updates from the company now frantically working to fix it. If nothing else, you'll get a bit of solidarity for your first world problem.

Each fix will differ and mostly you'll just have to wait it out for the fix to roll out. But in some cases, like Google's snafu in June, the advice was to reboot the Chromecasts ŌĆō so get ready to do some basic troubleshooting and follow instructions carefully.

The most obvious counter measure is to choose devices and appliances with physical/manual controls ŌĆō like power buttons, sliders, dials ŌĆō and also to familiarise yourself with smart home tech brand's own apps as a backup or a platform that brings together various device controls in one app. Even if day to day you want to use voice. (Of course, as in the case of Nest, sometimes these will go down simultaneously as when its iOS, Android AND web apps were all screwed. Oh dear.)

Also make sure everyone in the house knows how to use all the connected home tech in the event that voice isn't working. That's good advice regardless ŌĆō don't rely on the person who set up the device or ecosystem to do everything, just in case they're out/asleep etc. That means that if Alexa or Google Assistant goes down for a couple of hours, you'll at least be able to do the basics.

Have you had an Alexa, Google or smart home outage? Let us know how you coped in the comments.