Paul's smart home diary week 2: Building on what came before 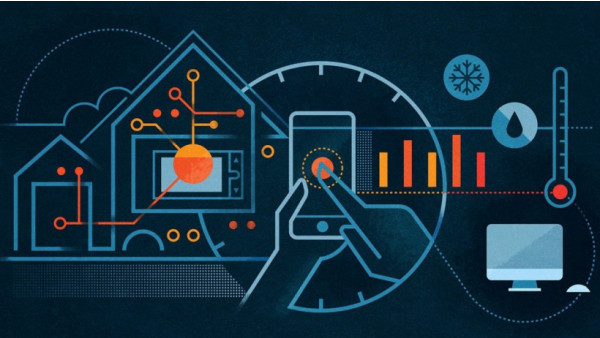 When my original smart home diary went live back in 2016, the Amazon Echo wasn't actually available in the UK, where I live. It's weird to think that it's only been around 18 months that I've been controlling my smart home by speaking to Alexa. Actually that should be we've as my whole family uses her.

Things have changed dramatically due to the rise of smart assistants - not just Amazon's Alexa but Google Assistant and, with HomePod, Siri too.

However, when I look back on my concluding smart home diary from 2016, a lot of my concerns and aims remain the same and, it's over the next few weeks that I'm going to address these and diarise them; taking advantage of new innovations to take my smart home to the next level.

Let's look back on the main points...

Back in 2016, I thought that maybe I was being OTT with my wired setup. I thought that having a bunch of Cat 6 cables running to various rooms might be overkill, and that there was a chance I might not even use them. I was so wrong. I should have had more. Modern building materials, such as the insulated plasterboards we used, are a nightmare for wireless signals. The more wired connectivity you've got, the better.

There are two areas I'm going to explore to get things improved on this front. Firstly, I'm going to get an electrician back in to look at my Ethernet cables as I'm sure they aren't all wired up correctly and secondly I'm going to give my Wi-Fi a boost by exploring options such as mesh networks and extenders.

The latter takes me onto my second point: I need to get the interference from all my wireless tech reduced. What with my Sky Q system and the many, many different bridges and hubs I've now got pinging signals around my house - I'm sure things could be set up better, cleaner, there. There are companies and apps that specialise in that sort of thing, so I'll be taking a closer look at those too.

In that final week's entry in my 2016 diary I mention that, "Everything is a bit of a mess right now when it comes to smart home standards and connectivity options." And that, "It's useful to have a dedicated smart home controller for the household." And finally that, "Adding devices to the mix should be as easy as adding an app on your smartphone."

On those points - a lot of the time, at least - the likes of Alexa and Google Assistant have changed the game. HomeKit is still a bit of a fussy beast but, on the whole, you can chuck all your smart home tech in one big voice-assistant-powered melting pot and get on with it. The Alexa, Home and Google apps are all getting much better at being a one stop shop for creating scenes and automating your tech as well.

I've basically stripped a couple of old iPads to a state where they just have the security camera feeds and Home shortcuts in the Control Center for those times where we don't want to speak to our digital assistants. However, there are third party companies that specialise in dedicated, physical, smart home controllers and I'd like to explore those too.

So, come back every week where I'll be looking into making these improvements, while at the same time considering alternatives to my existing setup and exploring devices and platforms I may have missed. On that front, feel free to leave a comment letting me know of anything I should be looking at.