A who's who of Team Siri at Apple

A cast of characters at Cupertino 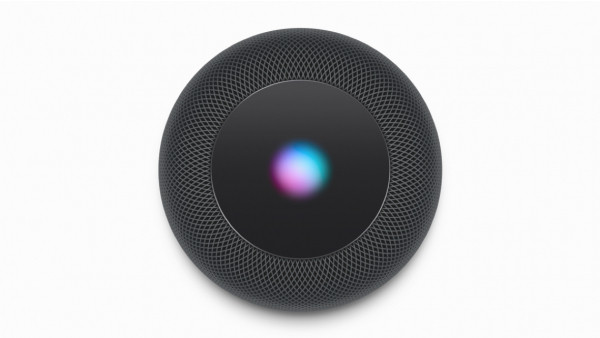 Word is that Apple is in the middle of a Siri hiring spree, with as many as 161 recent openings for jobs related to its voice assistant, according to job tracking company Thinkum.

It might not be alone ŌĆō Amazon is also growing its Alexa team. But considering that by a few important metrics (accuracy, features, compatibility etc), Apple's HomeKit and Siri are currently behind both Amazon and Google, not to mention the reported internal problems in the team that have been leaking out, it's interesting to see who Apple is tapping up to help it catch up.

Read this: A who's who in the smart home world

New recruits in software engineering as well as machine learning and natural language processing will soon be heading to Apple Park, San Francisco and Shanghai. Here are a few big industry names they'll be joining.

Apple's new head of machine learning and AI strategy is its big get for early 2018 ŌĆō John Giannandrea, who comes from his role as Google's head of search and artificial intelligence. Giannandrea joined Google in 2010 and, according to the New York Times, he's reporting directly to Apple CEO Tim Cook as of early April.

JG ŌĆō as he likes to be called ŌĆō is originally from Scotland, and in his eight years at Google his work on AI involved everything from search to Photos to Gmail and, most importantly, Google Assistant. Before Google, Giannandrea was CTO for Metaweb, a knowledge database startup that Google acquired to power its own Knowledge Graph.

In an internal memo, Tim Cook said of Giannandrea that he "shares our commitment to privacy and our thoughtful approach as we make computers smarter and even more personal". In the industry, the move is being seen as a win for Apple which needs all the AI expertise it can get. His work won't just focus on Siri but it's expected that his main job will be to "fix" Siri.

Some people's fave Apple SVP, Craig Federighi is still in charge of Siri as well as iOS and macOS as part of his software engineering remit, which he's had since autumn 2017. Federighi ŌĆō a California native ŌĆō also reports to Tim Cook and he's been working on macOS for nine years and iOS for five years, so he's proven himself elsewhere in the business.

As well as overseeing the apparent hiring spree, Federighi will be gearing up for Siri announcements at this year's WWDC which runs from 4-8 June. He's also had some leaks to deal with ŌĆō earlier this year he sent a memo around to Apple employees warning that some iPhone features will be delayed, which got out to the press. Oops.

Apple's hiring in AI isn't just a recent move. Back in October 2016, it hired Ruslan Salakhutdinov as its Director of AI Research. He was previously an associate professor at Carnegie Mellon University, and his CV includes a PhD in machine learning from the University of Toronto ŌĆō where he would also later teach ŌĆō and a postdoctoral fellowship at MIT.

Quartz notes that since Salakhutdinov was hired, Apple has become more lenient when it comes to total secrecy, particularly when it comes to research. It now publishes the Apple Machine Learning Journal online ŌĆō currently up to volume 1, issue 9 ŌĆō and has also published a few publicly available academic papers. In late 2017, Salakhutdinov revealed the latest work into AI for self-driving cars.

Another extremely fresh hire ŌĆō as of April 2018 ŌĆō Jon McCormack is Apple's new VP of software. He comes from HP where he was global head of software, and McCormack was also previously CTO at Amazon and an executive in Google's Advanced Technologies and Projects group. In other words, another key industry player. Apple has confirmed the poach but nothing else yet in terms of details, so it's not yet clear how he'll be working with Craig Federighi and co.

Ini.tai built machine learning technology focused on customer service use cases that automated messages and live chats ŌĆō this wasn't bought by Apple and it was killed off in December 2017. Expect more from where this came from.