For years, Amazon ruled the smart speaker market. Now the crown is slipping

But what's to blame? 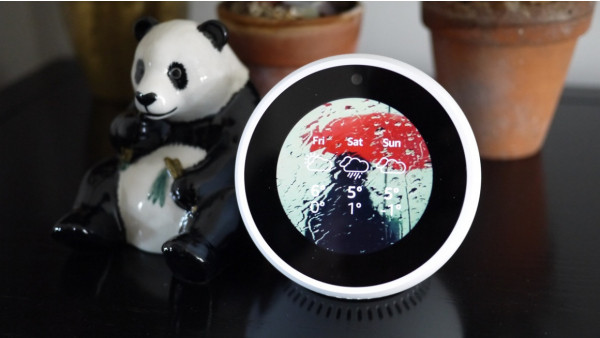 There was a time when we talked about Amazon Alexa like some sort of untouchable smart speaker deity; an omnipotent being too strong to realistically be under threat. And for a while it really did seem that way: Amazon fired the starting pistol on its own race back in 2014 and for a short while it was the only real runner, before Google and others joined in. Now, four years later, its reign is under siege.

According to a recent report from Canalys, Google overtook Amazon in smart speaker sales in Q1 2018, selling 3.2 million Home speakers compared to AmazonŌĆÖs 2.5 million. If weŌĆÖre to believe it, thatŌĆÖs the first time the Big G has outsold Amazon, surely a sign that the Echo crown is starting to slip.

Confusing matters, a Strategy Analytics report for the same period contradicts Canalys, putting Amazon in top spot for 1.6 million more smart speakers shipped. Because neither Amazon or Google reveal specific numbers (except for occasional bragging rights), these reports are done using other ŌĆō and clearly differing ŌĆō market trackers. Yet even if weŌĆÖre to take the Strategy Analytics report as correct, that still shows Google rocketing up a 709% year-on-year growth compared to AmazonŌĆÖs 102%. Basically, Jeff Bezos still has reason to give pause.

Read this: What we just learned about the future of the smart home

And these arenŌĆÖt the only signs that AmazonŌĆÖs dominance starting to shake. ŌĆ£We are seeing Amazon-branded devices are going down compared to the other players,ŌĆØ Dina Abdelrazik, a smart home research analyst at Parks Associates, told The Ambient. ŌĆ£But Amazon is without a doubt still dominant in the market.ŌĆØ

Amazon has struggled to find its place in China

So why the changing tide? The first reason is obvious: Google, its closest competitor, is accelerating at an aggressive rate, not just with the hardware but with ever-improving software abilities. Google is harnessing the mighty power of, well, itself, not to mention a hell of a lot of money, to leapfrog Alexa in cognitive power. The fact its assistant lives in the smartphone, like Apple's Siri, gives it another huge advantage too. Amazon can live in our homes, but Google can live in our pockets too.

Speaking of which, it turns out weŌĆÖre starting to invite more assistants into our homes. ŌĆ£We are finding from our numbers that consumers are adopting more than one personal assistant device or application,ŌĆØ said Abdelrazik ŌĆō and that means Amazon is less likely to rule the roost. ItŌĆÖs becoming easier to have multiple assistants intermingling, and doing so is more beneficial than committing to a single ecosystem.

And of course, there are new players on the scene. ItŌĆÖs early days but Apple is now in the race with the HomePod. Sales are rumoured to be below expectations, and it's malnourished in smart features compared to the Troublesome Two, but as Apple builds a more aggressive strategy around Siri, its place should certainly not be dismissed.

China has become a notable contributor to the global smart speaker market, but with its own players ŌĆō Xiaomi and Alibaba ŌĆō leading the way. Amazon has struggled to find its place here, where its Prime service has been slow to take off. Chinese regulators put restrictions on Amazon's and Google's ability to enter the country, while Alibaba already has a stronghold on the market.

So as Google closes Amazon's lead elsewhere, how does Alexa stay ahead?

Smart home integrations will no doubt be a key battle in this war. In Q3 of last year, Parks research found that only 14% of smart speaker owners were using their devices for controlling smart home appliances; for the most part the uses are still rudimentary ŌĆō streaming music, traffic updates and the likes.

That means there's still a lot to play for, and while Amazon has historically had the upper hand in supporting third-party devices, Google is pushing hard to get ahead. Before this year's I/O, it announced that Assistant could be used to control 5,000 devices from 1,500 manufacturers. Amazon is still in the lead with 12,000 devices supported, but Google is pouring everything into catching up.

But it's also set to be a battle of wits. "The intelligence of personal assistants is key to their success," said Abdelrazik. "The more you use your device the more intelligent it should be".

Amazon may have been doing it since 2014, but the smart speaker battle is only just getting started. If it's going to hold onto its crown, Amazon's going to need to fight harder than ever before.