As the standard turns 20, Z-Wave is evolving 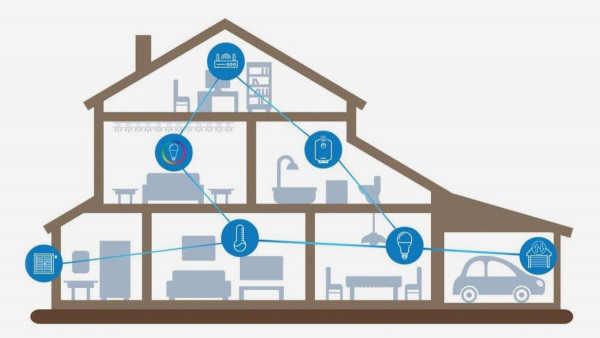 This year marks 20 years since Z-Wave was introduced to the world. Initially born out of an idea by Danish company, Zensys, the smart home wireless protocol went live way back in 2001.

Back then, it was one of a number of technologies that were being developed to enable and power the home automation boom, but it has more than stood the test of time.

There are more than 100 million Z-Wave devices in smart homes worldwide, with over 3,300 Z-Wave certified products currently available.

ŌĆ£And it still works today. It's backwards compatible and interoperable. And that's really the major differentiator between all these different technologies that are out there.ŌĆØ

Z-Wave, alongside Zigbee, Wi-Fi, Bluetooth, Thread and a whole plethora of proprietary wireless protocols, has played a huge part in the smart home revolution over the past two decades.

But itŌĆÖs this huge array of communication methods that sometimes can lead to confusion and non-compatibility for end-users in the smart home.

And thatŌĆÖs where the much touted Project CHIP comes in. Billed as a way of simplifying development for manufacturers, and increasing compatibility for consumers, CHIP has the likes of Amazon, Apple and Google - as well as the Zigbee Alliance - as part of its Working Group.

It was recently revealed that the first Project CHIP certified products would begin to land later this year.

The lack of a Z-Wave presence within that high-profile initiative could, therefore, be seen as a threat to standard which has been dominating smart homes for 20 years.

But thatŌĆÖs not the case, according to Mitch Klein.

ŌĆ£It's incorrect to think that Z-Wave is sitting on the other side of this, we're not,ŌĆØ he explained. ŌĆ£I'm not going to get into some of their challenges, because we all have them. But CHIP is focused on IP. Show me a device that can use IP on a battery.

ŌĆ£Avoiding that rabbit hole, just saying that it's not just Z-Wave, it's also Zigbee that needs to develop some type of communication pathway to CHIP, and therefore we are actually in communication and working with them.ŌĆØ

That point of view was echoed by Jason Williams, President, Yale and August Home at Asda Abloy.

ŌĆ£IŌĆÖm on multiple technology boards, including Z-Wave,ŌĆØ he explained to us. ŌĆ£IŌĆÖm also on the the Thread board, which is driving the the CHIP initiative. But weŌĆÖre not dictating technologies, weŌĆÖre working with our partners all over the world.

ŌĆ£But what I would say is that CHIP has got a lot of work to do, because Z-Wave today has the most devices deployed in the residential security and home automation markets, by far, it's I don't even think it's close.

ŌĆ£And so I think, even as CHIP comes along, Z-Wave is going to continue to stay relevant through the install base and the tech in the major companies that have chosen to deploy Z-Wave devices.

ŌĆ£There's a lot of work to be done, on the CHIP side, to even get that ball rolling,ŌĆØ Williams adds. ŌĆ£WeŌĆÖve seen other technologies like Thread come out, and, you know, they've gained some traction. But there's nothing that you can't overlook the fact that there's millions of Z-Wave devices out there, and they're, they're working extremely well.ŌĆØ

What next for Z-Wave then, in the face of both threats but also huge opportunities as the smart home becomes more mainstream?

Aside from enhancing the existing technology with the introduction of things like Z-Wave Long Range, which promises four times the wireless range compared to regular Z-Wave signals, the big news for Z-Wave in the past year or so is that the Z-Wave Alliance is now a Standards Development Organization (SDO), opening up the Z-Wave network layer and communication protocol for the Z-Wave Specification.

Essentially that means more freedom for the Z-Wave Alliance.

ŌĆ£ItŌĆÖs a process getting there and the first process was really getting the Z-Wave Alliance, and Z-Wave in general, out as an independent platform away from Silicon Labs. You can imagine that was quite an effort. We actually achieved it in eight months, which is somewhat of a miracle,ŌĆØ Mitch Klein explained.

ŌĆ£The next step is creating the Z-Wave open stack, which will enable other silicon companies to jump in.ŌĆØ

Klein was enthusiastic about the possibilities this opening up of the technology would create. ŌĆ£We know for a fact there are silicon manufacturers interested, probably names no one has actually thought about, and that are not yet in the smart home or IoT business just yet.

ŌĆ£ItŌĆÖs going to enable a bunch of other silicon companies that have been looking for a way to get into IoT to jump in relatively quickly."

Z-Wave prides itself on being super secure and Mitch was keen to point out that Z-Wave has ŌĆ£never been hacked outside of a lab.ŌĆØ

And he stressed that the opening up of the platform would not lead to security vulnerabilities though.

ŌĆ£The process of standardisation doesn't mean reducing the quality,ŌĆØ he explained. ŌĆ£WeŌĆÖll still have the same safeguards as we had before, with products; they need to go and be certified."

ItŌĆÖs not a concern of Assa AbloyŌĆÖs Jason Williams either.

ŌĆ£If you look at the history of Z-Wave, there's been innovation within security within interoperability. I mean, they continue to make improvements incrementally along the way. ThatŌĆÖs why we've gone from 300 to 500 to 700, to get all those incremental improvements.

ŌĆ£Security is immensely important, but we don't worry about it from the Z-Wave perspective because we've been using it so long, it is rock solid and we know it's only getting better.ŌĆØ