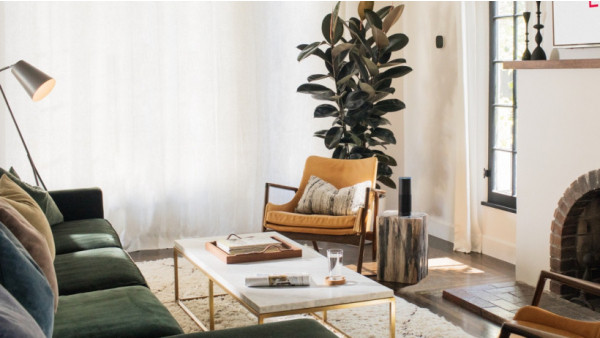 The smart home might be booming thanks to gateway devices like smart speakers and smart lights taking hold, but when it comes to the all-knowing, all-doing smart homes we once dreamed we'd live in ŌĆō we're still dreaming.

That's because one of the biggest impediments to the smart home right now is the amount of work we put into automating them. The promise of a smart home is one where the home works around you, not the other way around, but user-defined schedules and routines still require a lot of input.

So how do we get to a place where the smart home truly understands us?

That would be a technology referred to as "context-aware". It's a simple idea: your devices talk to each other, share information about their status, and use that information to decide what to do and when to do it.

There are some examples of this already. Take the Nest Thermostat, which monitors your routines and then automates the heating around your schedule. The context-aware smart home takes this idea across the whole remit of devices, and the major players are figuring out how to get there.

Z-Wave's 700 platform, which rolled out late last year, for example. Mitch Klein, executive director of the Z-Wave Alliance, tells The Ambient that the 700 platform's abilities were built with context-awareness in mind.

"It offers all of the capabilities needed to make context-aware a reality: longer battery life, increased range, improved processing power and security built in ŌĆō perfect for sensors that would be installed in walls etc to capture the data needed to make context-based AI decisions in the smart home," he says.

Essentially, your home would be aware of everything happening inside and out, and learn your schedules so it can activate devices based on where you are, your preferences, the time of day, and so on. So when you come home it may know to turn on some soothing music and switch on the lights. Or when you wake up it may understand that it needs to get your kettle going and heat up your shower.

Your home would be aware of everything happening inside and out

We've seen pockets of this in some smart home ecosystems. For example, Ecobee room sensors can be used by an Ecobee4 thermostat to heat or cool a certain room depending on who's in it. There's also Works with Nest, which allows other devices to use your thermostat to kick off actions automatically. The problem with all of these, however, is that the reach of their abilities requires you to buy in to certain companies and their platforms.

Those companies use those features as lock-ins to their ecosystem. As great as the experience might be, it also keeps you from mixing and matching your smart home devices ŌĆō and can add even more confusion to the space. You start only considering devices that work with the devices you already have. One way to help mitigate this is at the standards level. If Z-Wave or Zigbee can build this stuff into their protocols, it could take off.

Before any of this can happen, the devices need to get smarter, and there's just one way to do that: sensors, sensors and more sensors. Klein points out that sensors are shrinking in size and price, which makes them easier to place within devices.

For example, we're starting to see devices that combine several types of sensors at once. Light and motion sensors can work together to determine the time of day and who's around, making sure lights and thermostats are reacting accordingly.

Are people comfortable with smart home companies collecting data about their habits and routines?

There is a big caveat here though. As technology progresses, there tend to be unforeseen problems that arise, like smart home devices being used by domestic abusers. There are also security problems that come with relying on an AI. Plus, it tips into issues of privacy: are people comfortable with smart home companies collecting data about their habits and routines?

These issues don't have answers just yet, other than building encryption and security tools into the standards themselves. Chris LaPrie, solutions architect for the Zigbee Alliance, tells The Ambient that there's still a long way to go before devices and AI can learn to automate smart homes. He says there are likely to be possibilities where context-awareness could come up short, like doing something that wasn't intended.

These problems aren't going to solve themselves, but it's also difficult to predict what kind of problems could arise without getting these systems up and running. In short, it's going to be a learning experience, but everyone has to tread carefully.

Mitch Klein says this problem reflects the state of the smart home today. "A lot of the language around smart home marketing and advertising is around the capabilities of the device itself, not the technology behind it," he says. "So with Z-Wave, we're trying to help guide that conversation towards the connectivity and the importance of interoperability ŌĆō or the idea of devices all working together, for consumers who are just learning how this technology works."

For now, Klein says, that means making sure that people understand the difference between standards, doing things like checking the box for the listed standards before purchasing. We've seen some of this with the big names in the smart home. Amazon, Google and Apple all have easy-to-read badges that let you know that devices will work with Alexa, Google Assistant and HomeKit. If you follow those, you're safe.

Bluetooth, Wi-Fi, Thread and Zigbee devices could all talk to each other despite running on different standards

Zigbee, however, is working on another piece of technology that would go a step further. It's called dotdot, a technology layer that you can lace over existing smart home standards. LaPrie tells us the basic idea works like a language translator.

Basically, no matter what standard the device runs on, it'll be able to talk to other devices on other standards. Ann Olivo-Shaw, Zigbee's marketing director, says this could mean that eventually Bluetooth, Wi-Fi, Thread and Zigbee devices could all talk to each other despite running on different standards.

Theoretically, dotdot could also run on Z-Wave, but seeing as Z-Wave and Zigbee are essentially rivals in this space, that seems unlikely. Zigbee and Thread have already announced that dotdot has been laced over Thread devices, so this is a process that's ongoing.

The smart home seems to be getting smarter all the time, but for it to truly achieve the pinnacle of ambient computing, there are lot of hard problems that will need solving. That progress is being made, and standards bodies like Z-Wave and Zigbee are inching towards the next generation of the smart home.