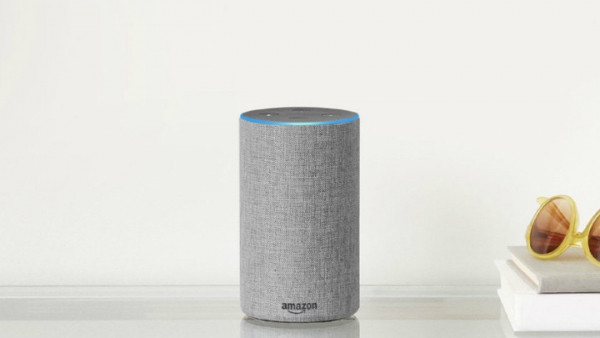 Alexa skills are in the middle of a shake-up. Since the first Amazon Echo launched, Alexa users have been adding 'free to enable' skills to their smart speakers and other Alexa devices to get more features and play voice games.

Now, the people developing and creating Alexa skills can add consumables ŌĆō gosh, that's a horrible word ŌĆō to offer paid-for features, add-ons and subscriptions, in the US at least.

So what does all this mean for people with Alexa in their homes? Are we about to be inundated with requests for small amounts of money from our AI assistant? Probably not.

Here's what you need to know about Alexa consumables/in-skill purchases and which skills are making use of them so far.

An Alexa consumable, then, or an in-skill purchase, is anything you can buy while using the app or game. Just think of it like in-app purchases for iPhone and Android apps and games. You pay to unlock extra features or in-game elements.

In games, for instance, this can include the ability to pay for extra question packs in trivia games; cheats and packs of hints in quiz games; coins, gems, extra lives or points in RPGs.

In other skills, this can include 'pro' or premium features, regular subscriptions or one-time payments like bundles of sessions of Alexa-powered hypnotherapy (see below).

In Amazon's guidelines to developers, it mentions 'upsell scenarios' i.e. the point in using the app/game in which you, the user, will be asked if they want to buy a hint or add-on.

You'll be able to say "Tell me more" for more info, say "Buy" to purchase, and you can cancel subscriptions via voice too. If you're not interested, say "I don't want to buy anything" to the suggestions.

A key part of consumables is that you're paying for one-time uses, so the hints/questions/bundles can either be used up or will have a time limit e.g. seven days.

You'll be able to see receipts for any in-skill purchases within the Alexa app, as part of your Amazon account digital orders (alongside Prime Video orders etc).

Where are they launching?

Alexa consumables launched in the US at the end of September but there's no word yet on when developers in the UK, Europe and beyond will be able to get on board.

Even in the US, we're seeing a steady flow of Alexa skills using the feature rather than an all-out explosion, but give it time and you'll probably encounter this more and more. There's a lot of potential here.

You'll know if an Alexa skill offers in-skill purchases by checking on its Amazon skills listing. Obviously this probably isn't how you'll enable skills normally as you can launch skills purely via voice. But if you head to the skills page ŌĆō just Google it ŌĆō you will see an 'In-Skill Purchases Available' tag under where it says Free to Enable.

What skills use consumables?

Here are the Alexa skills that we know include in-skill purchasing already or are going to add it in the near future. We'll add to this list with any more we spot or get from reader comments.

Would You Rather For Family

The basic version of this game is free, but there's an in-skill purchase of themed question packs which gets you seven days of access. You can choose from themes like Disney, Superheroes, Travel and Halloween to answer 'Would you rather?' questions on those topics.

This very fun choose-your-own-adventure game from Volley Inc now lets you pay to stay in the game. You're a noble, medieval lord who has to make a series of decisions about the kingdom with scores from 0-100 for wealth and influence which need to be balanced to stay alive. The in-skill purchase gets you 50 points. Hooray.

Escape the Room and Escape the Airplane, from Stoked Skills, both offer in-skill purchases which give you contextual hint packs to help you solve the voice-based, escape room-style puzzles. The developer behind them, Gal Shernar, says 8% of Escape the Room players who have been offered the paid-for hints have bought them.

This skill offers hypnotherapy sessions from a hypnotist called Barry Thain. An in-skill purchase gets you access to a bundle of ten sessions with themes like 'appreciating yourself' and 'feeling fabulous'.

Who Wants To Be A Millionaire

Coming soon. Amazon announced in September that Sony Pictures Television is launching an Alexa skill tie-in to the TV show. The skill will include the ability to pay for one-time-use lifelines, as in the show, while you're working through the trivia questions.

This is a reference skill built by Alexa evangelist Jeff Blankenburg to show devs how consumables work. You're given the name of an actor and you have to name the TV show and if you want hints, you can pay to get the names of a second or third actor from the same show.

Is this the end of free Alexa skills?

Very unlikely, so don't worry. We think we'll see the majority of Alexa skills remain free, at least for their core features, and similar to mobile apps and games, some developers will begin to add extra premium voice features on top.

Another positive element of in-skill purchases is that it offers developers a way to make money from their work without Amazon resorting to pushing voice ads on Alexa users. I think we can all agree that no-one wants that and from what Amazon's said, it agrees.

If there's an Alexa skill you enjoy or use a lot, you might want to spend some money via consumables to help support the people making it.

Have you used any Alexa skills that include in-skill purchases? Helpful or annoying? Let us know in the comments.