Apple HomePod v HomePod Mini: Which is the best HomePod for you 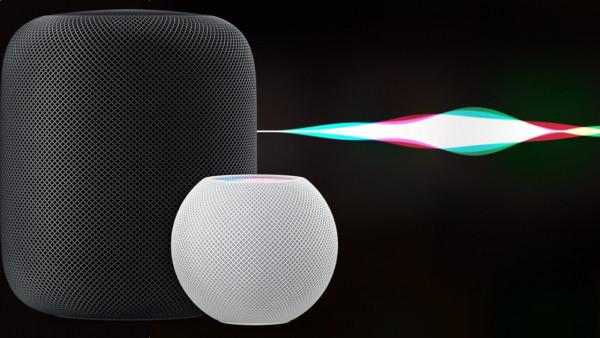 The Ambient is reader-powered. If you click through using links on the site, we may earn an affiliate commission. Learn more
Nicholas Fearn
@nicholasgfearn
Tuesday

When Apple announced the original HomePod in 2017, the US tech giant established itself as a serious contender in the crowded smart speaker market.

Although AppleŌĆÖs first-generation smart speaker has sold in the millions worldwide, an eye-watering $299 price tag has made it less appealing compared to cheaper models from Amazon and Google.

But in October 2020, Apple launched its first 'affordable' smart speaker in the form of the HomePod Mini. Costing only $99, it's aimed squarely at competing with cheaper smart speakers such as the Nest Audio or the Echo 4th-gen.

Now that Apple has both a high-end and entry-level smart speaker, thereŌĆÖs more choice for consumers. But which is the one for you? Below, we compare them on design, features, sound quality, and price to help you decide.

Apple is excellent at making premium-looking gadgets, and things arenŌĆÖt any different with the HomePod. It sports a well-polished, minimalist design, and is available in white or space gray. The speaker will look great in any modern home or office.

The HomePod measures 6.8 inches by 5.6 inches, making it easy to place on a shelf, cupboard, or kitchen worktop.

The HomePod has a soft mesh fabric outer layer, which feels great, and a touch surface for physically controlling the speaker. You can turn the volume up or down, skip to a different song, play or pause a track, and lots more with the touch of a finger. The touch surface is not actually a touchscreen display; it just consists of plus and minus symbols.

When you tap this surface, youŌĆÖll be greeted with the visual form of Siri. And if you say ŌĆ£Hey SiriŌĆØ, itŌĆÖll become illuminated with SiriŌĆÖs ionic colorful swirl. During the initial set-up process, a white swirl will also appear on the touch panel, but itŌĆÖll disappear within 10 seconds.

AppleŌĆÖs cheaper smart speaker is 3.3 inches tall, so itŌĆÖs a lot smaller than the original HomePod. If you put them next to each other, the HomePod Mini is just half the size of the HomePod. But with a small smart speaker, youŌĆÖll be able to hide it away on a shelf or sideboard easily.

Taking design cues from the first-generation HomePod, the HomePod Mini also sports a soft mesh fabric shell. When you touch this, it feels spongy just like the first HomePod. And you may be tempted to chuck it at a wall in the hope that itŌĆÖll bounce back (but please don't). Just like the HomePod, itŌĆÖs only available in two colors: white and space grey.

YouŌĆÖll also find a similarly placed backlit touch panel at the top of the speaker. With it, you can physically increase/decrease the volume, skip to another track, play or pause audio, and more.

Again, youŌĆÖll find plus and minus signs on the touch panel, and if you touch it, youŌĆÖll see Siri in its classic visual form. The command ŌĆ£Hey SiriŌĆØ will also activate AppleŌĆÖs voice assistant, with it lighting up in neon colors. This panel will also light up white during setup, like the original HomePod.

Neither HomePod model has aux-in or Ethernet ports, it's just the power cord around the rear.

Given that these are both Apple speakers, Siri is at the heart of the original HomePod and HomePod Mini. Siri performs well on both models, offering the ability to play music; provide news, weather, sports, and stock market updates; translate words; jot down notes; create timers; draft messages; and lots more.

With Apple describing Siri as the ŌĆ£mixologistŌĆØ of its smart speakers, music is clearly a key focus on both the HomePod and HomePod Mini.

If youŌĆÖre an Apple Music user, Siri will do a great job at playing your favorite albums, songs, and playlists. We did notice, however, that Siri was more responsive on the original HomePod. But it is a more expensive smart speaker, to be fair.

While you can also use alternative streaming services like Spotify and Deezer on the larger HomePod using AirPlay, Siri just doesnŌĆÖt work as well.

With both HomePods US users can currently use Pandora as natively as they do Apple Music, and Spotify could well join the party soon. But whatŌĆÖs certain is that both smart speakers are mainly aimed at people who use Apple devices and services.

As the HomePod and HomePod Mini are both AirPlay speakers, you have the option of playing music from your iOS device. ThatŌĆÖs handy because youŌĆÖll also be able to play songs from any streaming service on either HomePod speaker if it offers an iOS app. However, itŌĆÖs not as quick and painless as asking Siri to play music.

If youŌĆÖve dreamed of building a smart home, both HomePods will make this easy because they can act as HomeKit hubs.

That means youŌĆÖll be able to use Siri for controlling a range of connected objects, from smart light bulbs to smart locks. The only downside is that support for HomeKit isnŌĆÖt as quite expansive as AmazonŌĆÖs and GoogleŌĆÖs smart home ecosystems... yet.

Apple is definitely serious about smart home technologies, as it took the step to integrate a Thread radio in the HomePod Mini.

Thread is basically a technology protocol that enables different smart devices, such as smart lights and thermostats, to communicate and connect together more efficiently. While Thread isnŌĆÖt that widespread just yet, more devices (like the Nanoleaf Essentials) using this technology standard are regularly launching.

When purchasing any speaker, the sound quality needs to be great. The larger HomePod is capable of filling an entire room with a punchy, balanced sound. It achieves this thanks to seven beam-forming tweeters and an upwards-facing, four-inch high-excursion woofer.

But where the magic really happens is AppleŌĆÖs A8 chip, which can scan music playback and enhance the sound quality. The HomePod also sports six microphones that cleverly listen to sound hitting walls and objects in order to adjust its output. So, wherever you place your HomePod, itŌĆÖll know how to make the audio sound even better.

Even though the HomePod Mini is a lot smaller than the original HomePod, it still boasts lots of audio tech in its 3.3-inch body. In fact, thereŌĆÖs a custom full-range driver and dual force-canceling passive radiators.

Thanks to 360-degree audio, music playback will always sound balanced. And whatŌĆÖs cool is that itŌĆÖll work out the direction audio should be traveling if you move the speaker's position.

With Apple being one of the worldŌĆÖs most formidable computer companies, you can expect lots of clever computing tech in the HomePod Mini. ItŌĆÖs powered by AppleŌĆÖs new S5 Chip, which uses computational audio technology to provide a fantastic sound experience. The chip can adjust the loudness and dynamic range of sound, as well as automatically control the driver and passive radiators.

At $99, the HomePod Mini doesnŌĆÖt get near the original HomePod on sound quality. But for such a cheap and small speaker, the sound truly is impressive. And compared to other sub-$100 smart speakers, it stands out very well.

As part of AppleŌĆÖs ŌĆśHome Theater with Apple 4KŌĆÖ the original HomePod can be used to form an immersive surround sound experience, with virtual 2.1, 5.1, 7.1 and Dolby Atmos all available.

The caveat here is you only get that surround sound action when youŌĆÖre using an Apple TV 4K; you canŌĆÖt just plug your HomePod directly into your TV and get Atmos action on everything.

However, with Apple TV now supporting pretty much all the major streaming services, itŌĆÖs a pretty compelling argument to make that single HDMI input switch for your AV setup.

For an even better and more natural sound array, you can set up a pair of HomePods as part of the new Home Theater setup.

In that scenario, itŌĆÖs obviously best to put one either side of your TV.

The new feature is only possible on the older, bigger, HomePod as it packs in an array of seven beamforming tweeters; the Mini just has a pair.

Both big and little HomePods can play nicely in an Apple multi-room speaker setup; but you canŌĆÖt mix and match when it comes to HomePod stereo pairs.

When it comes to price, the HomePod and HomePod are at either end of the scale. While the first-generation HomePod is positioned as a premium smart speaker that costs around $300, the HomePod Mini is more entry-level at less than $100.

HomePod v HomePod Mini: Which is the best?

So, which is the best speaker: the HomePod or HomePod Mini? Well, the answer will differ for every person. If you have the money to shell out on an expensive speaker, the HomePod delivers an excellent sound experience, looks and feels great, and has some nifty smart home features.

But if you donŌĆÖt have that sort of money to spend on a smart speaker, or have never used one before, the HomePod Mini wonŌĆÖt break the bank and is perfectly suited to beginners.

WeŌĆÖre impressed with its sound quality and stunning compact design. WhatŌĆÖs more, Siri has been improved, and the HomePod Mini also boasts a built-in Thread radio.