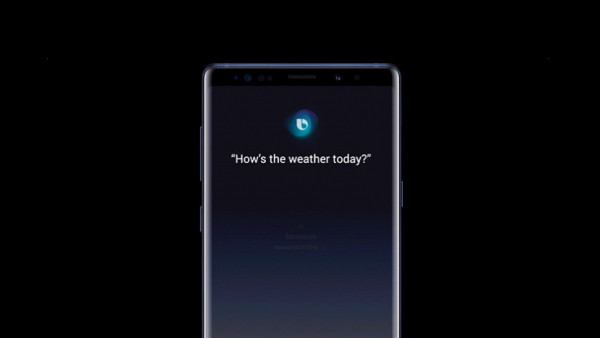 Bixby is Samsung's entrant in the world of voice assistants, joining Apple's Siri, Amazon's Alexa, Google's Assistant and Microsoft's Cortana. It's the newest assistant in the party, and while Bixby had a bad rap for a long time, improvements and new features have helped it transform into a more worthwhile assistant.

Right now, Bixby lives on Samsung's phones, refrigerators and the incoming Samsung Galaxy Home. The assistant isn't as mature as its rivals, but the Korean giant has worked to improve Bixby in recent months.

The new Bixby 2.0 made its big debut on the new Galaxy Note 9 and continues to appear in Samsung's smartphones, but it's the Galaxy Home that will really be Bixby's proving ground.

Here's everything you need to know about the one they call Bixby.

Bixby: What can it do?

Bixby is mostly based on Samsung's old S Voice technology, which you may have used if you own an older Samsung smartphone. However, the second-generation Bixby 2.0 incorporates the technology of Viv Labs, a startup from the creators of Siri that Samsung purchased a couple of years ago.

Bixby is available in English and Korean languages, and so far it has a slightly different approach to voice requests than, say, Amazon (shopping), Google (search), Apple (music) and Microsoft (office).

Read this: The 60 best Bixby commands

Bixby's natural home is a Galaxy smartphone, and thus far Bixby has been trained to work tightly with Samsung's handsets. Yes, Bixby can give you your general information fix, from weather to currency rates, but that command of your most personal digital device is surprisingly useful.

It includes the ability to turn on photo modes like HDR, or apply filters like gray scale. You can command Bixby to scan a QR code or even scan text and translate it to Korean. There's also Bixby Vision, which opens up your camera and will show you information about things around you. Bixby Vision is also used for the aforementioned translation feature. A partnership with Adobe means that Bixby can also do document scanning, turning receipts and files into PDFs.

Bixby can also do things like take screenshots, add cards to Samsung Pay, enable split screen mode and ŌĆō naturally ŌĆō open apps. Speaking of apps, there are a lot of things Bixby can do with them.

You can, for example, tell Bixby to send your most recent photo to your friend, and it'll access your gallery and do so. Thanks to integrations with other apps, you can also command Bixby to do things with Google Maps, Uber and Expedia. You can ask how far it would take to get somewhere, hail an Uber or even book some tickets for a weekend trip away. One thing to note: a lot of these integrations are built with Bixby Labs, a place with "experimental" connections that might not work just right. They include apps like Facebook Messenger and WhatsApp.

Bixby 2.0 has also made Samsung's assistant more conversational, and Bixby can now understand context better. Say you ask Bixby what concerts are happening over Labor Day weekend in Brooklyn. After it answers, you can follow up with something as simple as "what about in October?" and Bixby will carry over the request for concerts in Brooklyn.

Bixby can also make recommendations based on your previous searches. So if you search for and book French restaurants, Bixby will float similar recommendations up to the top the next time you ask it. Bixby will also autocomplete things like reservations based on your previous bookings. So if you always book restaurants for four people, it'll always book restaurants for four people.

As for the smart home, Bixby links easily with Samsung's own SmartThings platform. You'll be able to ask Bixby to show you your devices, search for new devices and even add them. Naturally, you'll also be able to do things like play the next song on a playlist or set the temperature on your thermostat. Thanks to the variety of SmartThings devices out there, and how many devices and appliances Samsung makes, Bixby has an easy 'in' to commanding your entire home.

You'll also be able to instruct networks of these devices with scenes, like saying "good night" and having everything in the house turn off. Plus, thanks to its link to your phone, you can put your phone into Do Not Disturb mode at the same time.

Bixby: What devices is it built into?

Here's the thing. Bixby is still pretty new and also clearly being positioned as a high-end feature, so the voice assistant is officially built into recent Samsung smartphones including the Samsung Galaxy S10, S9, Note 9 and a few of the earlier models. These phones all have a dedicated Bixby button below the volume buttons on the left edge, although in the S10 this button can actually be remapped (good news for the Bixby naysayers), and Samsung says it's bringing the ability to older phones too.

Read next: Living with Samsung's The Frame TV

Bixby is also built into Samsung's smart TVs, including its full 2019 smart TV lineup. These TVs also include remotes that have built-in mics and access to Samsung's SmartThings smart home hub on the big screen.

There is also ŌĆō oddly enough ŌĆō the Samsung's Family Hub 2.0 smart fridge. Things aren't going to end there though. Samsung is hoping to make all its devices smart and connected by 2019, which means a whole lot more devices with Bixby running on them.

And of course, Bixby will live on the Galaxy Home smart speaker when it arrives this year. We don't have too many details on how Bixby will live on this smart speaker just yet, but Samsung talked a lot about the smart home in regards to Bixby, so commanding its SmartThings platform seems to be a safe bet. It'll be interesting to see whether Bixby on the Galaxy Home will maintain the level of control over devices that Bixby has on Galaxy smartphones.

It's also worth noting that if you have Bixby running on multiple devices ŌĆō say a phone and a TV ŌĆō the voice assistant will respond on the device closest to you.

After many rumours ŌĆō including Samsung's own concern about Amazon being "unbeatable" in smart speakers ŌĆō the Bixby-powered smart speaker is official. It's called the Galaxy Home, and it will arrive by April 2019.

The speaker looks like a mix between a mesh-covered barbecue grill and a decapitated Rosie Jetson. It's also fairly large, definitely more bulbous than Echo and Google Home and more bulky than Apple Home when counting those three legs.

It seems like Samsung is hoping to position the Galaxy Home as a more premium device, as it heavily talked up its sound quality, which uses technology from AKG. It is also filled to the brim with technology. There are eight far-field microphones and six speakers. There are controls on the top, where a rotating light also lives. You'll say "Hi Bixby" to get it going.

We were able to hear a chorus of them together at last year's Samsung's Unpacked event and they did sound good. They didn't sound as full or as rich as the high-end professional audio system of the Barclays Center, but it did sound good in a stadium. While this doesn't automatically mean it'll be the best sounding smart speaker you can buy, it's promising.

Galaxy Home will also come with a feature called SoundSteer. Basically, you can tell Bixby where you are and it'll direct all the sound to the position of your voice, rather than filling the room. This could be useful for things like if you're working in a noisy kitchen, or situations like that.

Most importantly, Samsung is partnering up with Spotify to give the Galaxy Home a native music experience. Amazon has Prime Music, Apple has Apple Music, Google has Google Play Music and YouTube Music, and now Samsung has Spotify. While Spotify likes to be platform agnostic, Spotify integration will be live on a number of future smart Samsung devices, like refrigerators. Something to think about.

We still don't know a lot about the Galaxy Home's features. We also don't know how much it is or if it'll lose any features when not working with a Samsung phone. Thankfully, there's not long to goŌĆ”

As we said, Samsung has a big advantage going for it in the form of its smart TVs, which act as a living room hub, and Bixby is coming to these later this year. Still, this advantage has the potential to erode as Amazon is making a play with its Fire TV sets, Sticks and the Fire TV Cube, all of which combine Amazon's Fire TV interface with Alexa.

That creates a potential conundrum for users. Do you go with a big, do-everything Bixby Samsung Smart TV, or do you go with the more prevalent Alexa, which has thus far been in more affordable Toshiba TVs and Fire TV devices?

Elsewhere, Bixby being baked into Samsung's Family Hub smart fridges is less important, but still interesting as Alexa is heading to the kitchen too.

Samsung's long term play, though, is to have all its tech "IOT ready" and "intelligent" by 2020. That's a bold ambition that the company has repeated over the past few months, and one that shouldn't be taken lightly.

Add to this Project Ambience ŌĆō a program for adding Wi-Fi smarts and Bixby to all your regular, non-connected tech via chips and add-on dongles ŌĆō and the Korean tech giant is really cooking. Ambience will connect devices and appliances to the SmartThings ecosystem which already includes a dedicated hub and a starter pack with sensors.

We got a glimpse of what Samsung is cooking up here with its Spotify integration. You can come home listening to Spotify on your smartphone, then get a notification to continue listening on your Samsung TV. If you go to the kitchen, you can control the music straight from your fridge, and if you want better audio quality you just pass the music on to your Galaxy Home.

Samsung wants your home's smarts to seamlessly be everywhere at once, and by the end of 2019 it looks like Bixby will help lead the charge. We'll be keeping an eye on it.