The Cortana smart home: Your need-to-know on Microsoft's voice assistant

Would you let Microsoft's AI assistant into your home? 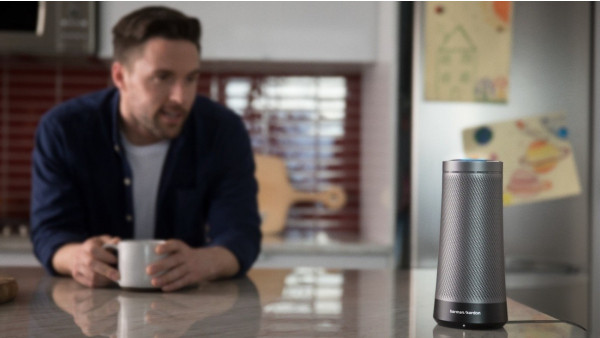 While Microsoft is hardly leading the connected home charge, it has its own smart home ecosystem in Cortana, its voice assistant.

You can already talk to Cortana, Microsoft's voice assistant, in your home using your smartphone, PC or Harman Kardon Invoke. It can help you with all sorts of tasks, but Microsoft has grander ambitions: a Cortana-powered smart home. It's not letting having Amazon have all the fun anymore.

This space is already pretty crowded with Alexa, Google Assistant and Siri jostling for our attention, and playing nice with pretty much every gadget and appliance we might allow into our apartments or houses. So Microsoft has plenty of catching up to do and it's not level yet.

Microsoft reckons 145 million people already use Cortana, and it does have some advantages over the rest; for instance, it integrates with Microsoft software, which could be really useful for work planning.

To start using Cortana in your home, it's worth noting that you need to first be running the Cortana app on your phone ŌĆō iPhone (iOS 8.0 or higher), Android (4.1.2 or higher) or Windows Phone (Windows 10) ŌĆō or else on your PC (Windows 10).

Here's what you need to know about how Cortana works in the home.

What can Cortana do?

So what can Cortana do in the smart home in 2018? We'll run down a few features that arrived with the Harman Kardon Invoke (below) as this is what we expect to see from most Cortana devices from now on. If the features list looks familiar, that's because how Cortana works in the home is very similar to Alexa and Google Voice.

The main features are as follows: you can control things like your music, smart thermostat and smart lights via Cortana voice commands, and you can ask questions and receive answers from the web ŌĆō check the news, weather and traffic, set reminders and manage your calendars.

Cortana uses natural language processing so, like the other AI assistants, you should be able to have a conversation with it rather than barking specific commands. For instance, it knows that "I need a taxi" and "call me a cab" mean the same thing. Cortana is generally quite accurate at voice recognition.

One of the most interesting features is Skype calls. Cortana devices in the home will let you make Skype voice calls to landlines, mobile phones and other Skype devices. This shows that it's bringing Cortana on a par with Amazon and Google, which both have a similar voice calling feature. Like these two rivals, Microsoft may limit this feature to block incoming calls being sent to your home speaker. Makes sense.

As for new-ish Cortana features, Cortana is now able to sort through your emails ŌĆō even a mix of work Outlook mail and personal Gmail, say ŌĆō and then read out summaries of the most important ones to you (very Her).

As with Alexa Skills, Cortana has its own set of skills to expand smart home controls through Cortana devices.

Cortana Skills can be enabled, like Google Assistant's Actions, without you having to download or install them. You can also head to Microsoft's Cortana Skills site and click on try now to get them going. Cortana will ask for permissions when you do this. You will also have to link your accounts for certain skills to work. Once all of that is done, Cortana can use what it knows about your preferences and schedule to tweak recommendations and experiences.

Microsoft is also trying to woo devs who have already been involved with Alexa by creating a simple method, using its Bot Framework, to port Amazon Skills over to Cortana Skills. Plus, there's that whole effort to get Cortana and Alexa to work together.

As for what Skills are availableŌĆ” In the world of smart home you've got Skills from the likes of Ecobee, Honeywell and Nest for your thermostats. So you can say, "Hey Cortana, turn down the temperature in the room." Wink, SmartThings, Philips Hue, and LIFX are also major smart home movers and shakers getting in on Cortana Skills.

There's also a Domino's skill to let you order pizza, Dark Sky to get the weather and Fitbit to check on your steps. iHeartRadio and Spotify are available in the music realm, perfect for a home speaker like the Invoke.

A nice and convenient feature is Skills Chaining, which allows Cortana to link together common actions. The example Microsoft uses is that if you book tickets to an event, Cortana can suggest you add it to your calendar.

Here, Microsoft is way behind Amazon and Google ŌĆō all talk and (almost) no tech. So far we have one Cortana powered smart home speaker that has been properly launched, in the form of the Harman Kardon Invoke. It's a cylindrical smart speaker that was released in the US at the end of 2017.

The metallic-looking Invoke comes in two colours ŌĆō Pearl Silver and Graphite Black ŌĆō and features a blue, glowing light on the top. This is referred to as 'Cortana lighting' but Harman also talks about a 'touch to surprise' user interface on the top of the speaker.

Harman Kardon refers to it as a voice activated speaker with all the features listed above. The Invoke projects sound at 360-degrees and Harman promises that the sound will fill a large room. Indeed, in our best smart speaker test, the Invoke's sound was far superior to the Amazon Echo.

The Cortana speaker also features Harman's 360 Sonique far-field voice recognition tech, which uses seven microphones, together with noise reduction and echo cancellation, to pick up what you're saying even when it's noisy.

The second Cortana device was the Johnson Controls' future-retro looking Glas smart thermostat. As well as voice controls and that 5.9-inch semi-transparent OLED display, it runs Windows 10 IOT Core and features include checking and changing the temperature (obviously) plus getting info on energy data, weather, calendars and also air quality - for $319. Glas will cost $319.

But the big one we're waiting for is Microsoft's own Cortana speaker, which was revealed in leaked papers obtained by German site WinFuture. While it's possible that Microsoft has since scrapped these plans, this is a company that isn't afraid to make its own hardware to show off its software and cloud powers, such as the growing line of Surface devices. Perhaps a Surface Speaker is in the cards?

More Cortana devices are coming, that's what. We know that HP is building its own Cortana-powered smart speaker but that's still shrouded in mystery. Other partners including Intel, Qualcomm, Allwinner, Synaptics and Tonly are helping to build reference designs for Cortana in the home too.

More promising is the list of device partners that Microsoft has added in the past year: Lifx, Ecobee, Honeywell Lyric, Honeywell Connect Comfort, TP-Link Kasa, Geeni and a biggie ŌĆō IFTTT.

In terms of categories, Microsoft says we should expect more Cortana speakers, smart appliances, fridges, toasters, thermostats and even connected car tech via the Cortana SDK. With the Amazon Echo Show featuring a screen and Google's new smart displays, it's only a matter of time before we get the Microsoft version.

On a side note, Microsoft also launched its Home Hub feature on its Windows 10 PCs ŌĆō this will boost Cortana's functions, helping to manage shared family PCs too. It is also encouraging PC makers to integrate far-field mics that will pick up voice commands from across the room, though Amazon is also planning to take advantage of this. Right now, you need a mic to use "Hey Cortana" on your PC, which is why Alexa on Windows 10 is so type-focused. There's also the fact Microsoft has reportedly moved Cortana from its AI and Research division to the team handling Office, where Cortana could find a new, potentially more useful home. That said, it's not clear what this means for the future of Cortana in the home, and perhaps it's simply a case of Microsoft hedging its bets.

Both Amazon and Google have been pushing out updates to their smart speakers, going toe-to-toe over the past few months, so we reckon Microsoft will make sure there's no feature or Skill that the Echo or Home has that Cortana doesn't. In the meantime, it did purchase Semantic Machines, a company that specialises in making conversations with AI more natural and less rigid. So at the very least, you can expect Cortana to become easier to use.