Fibaro smart home guide: Everything you need to know 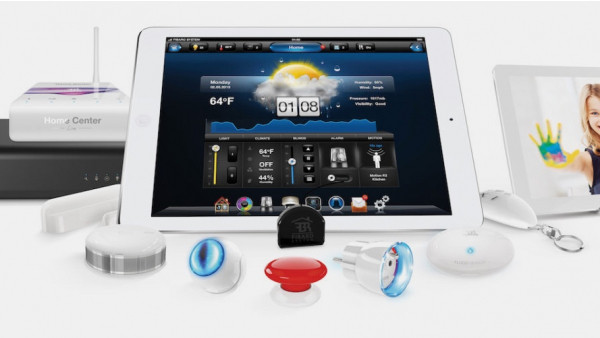 Polish brand Fibaro has been in the smart home game for almost a decade now and has a range of sensors, switches, controllers and intergrations within its armory.

Acquired in 2018 by the Nice Group ŌĆō an Italian home automation and home security company who also own 75% of Abode ŌĆō for a whopping $73 million, Fibaro not only specialises in HomeKit devices; but also offers up Z-Wave flavours of many of its devices too, so Android users need not miss out on the action.

Fibaro devices require a smart home hub to run from; obviously if you've got a HomeKit setup already then your iPad / HomePod / Apple TV will take care of that, but if you're more inclined to walk the Z-Wave path then you'll need either a Samsung SmartThings Hub or one of Fibaro's own gateway hubs.

If you are all-in with HomeKit then you'll find the iOS app ŌĆō much like rival Eve's ŌĆō is essentially a mirror of the the Apple Home app, albeit with a gaudier paint-job. You'll get extra controls and settings for your Fibaro devices in the iOS app but you'll also be able to access your other non-Fibaro HomeKit gadgets. Any changes you make in the Fibaro HomeKit app ŌĆō think room settings and the like ŌĆō are mirrored in the Home app; and vice-versa.

For Android / Z-Wave users, the app is similar looking but is limited to the Fibaro devices in your smart home. Unless you add a Fibaro gateway into the mix; then you'll get access to control devices that it is compatible with ŌĆō but more on that in a bit.

You can also use Samsung's SmartThings app to control any Z-Wave Fibaro devices you add to your setup.

Here are all the best Fibaro smart home devices currently on sale, with details on the ecosystems that they work with.

Looking like a (pool-ball-sized) Eye of Sauron, Fibaro's top motion sensor not only detects movement, but also doubles up as a temperature sensor that also takes light-readings.

You'll get alerts to your phone when movement is detected, of course, and you can integrate motion detection into routines and automations as well. And that eye, well, it can be as angry-looking as you want it to be, with the colour adjustable from within the app.

The only HomeKit flood sensor on the market ŌĆō apparently ŌĆō Fibaro's flood sensor will alert you to any water leaks in your house, with three little prongs on the bottom keeping tabs on moisture levels.

Like the motion sensor, it also doubles up as a temperature sensor, so can be used to trigger routines and automations too.

Fibaro's magnetic strip sensor is designed to be used with windows, doors, blinds and shutters ŌĆō and can even be used on smaller doors such as cupboards and toddler stair-gates.

Z-Wave model only (US)

Not part of the HomeKit gang this one (in the US, at least), Fibaro's smart plug does have one thing its rivals are lacking ŌĆō there's the option to have a USB port on the side so you can charge your kit and still keep the outlet free.

It also has a nifty power measurement feature along with the option to automatically cut the power to things that you're not using.

Using the similar trio control setup that's becoming the norm on smart buttons ŌĆō a single tap, a long press or a double tap ŌĆō these kickstart a scene or pre-set automation.

In terms of the design, Fibaro have gone down a door-knob path for The Button. Coming in a range of colours including white, red, yellow or black, the 3cm-high button certainly has a bit of a novelty feel to it.

This is a bit bananas to be honest ŌĆō and we have to admit we're yet to test it ŌĆō but take a look at the video above and decide for yourself if this is something you'd want in your lifeŌĆ” i.e. a digital photo frame that can open your curtains.

Available in two models ŌĆō the Lite is the one pictured above and only works natively with Fibaro devices ŌĆō the Home Center is the smart home hub that runs the show, should you not have a HomeKit or SmartThings hub.

If you go for the Home Center 2, you're also getting yourself a top-end smart home hub that will not only take care of Fibaro kit, but also plays nicely with a huge array of big name smart home brands such as Sonos, Hue, D-Link, Netatmo and more. It also adds Alexa and Google Assistant into the Fibaro mix.

On the Lite, you can tap into third-party devices ŌĆō but it's via a fiddly user-generated marketplace and requires more than a basic understanding of coding.

The devices listed above are the current pick of the Fibaro crop, but dig deeper and you'll unearth smart switches, dimmer and RGB controllers that work with analogue light fittings, smoke sensors, CO sensors, intercoms, roller blind shutters, and a whole lot more.

Particularly useful are the tiny switches that can be hidden behind existing wall sockets and switches, to make dumb things smart.

Check out Fibaro's website to see what's available in your region.