Netatmo missing manual: A guide to its weather stations, doorbells and more

Everything you need to know about Netatmo, helpfully condensed 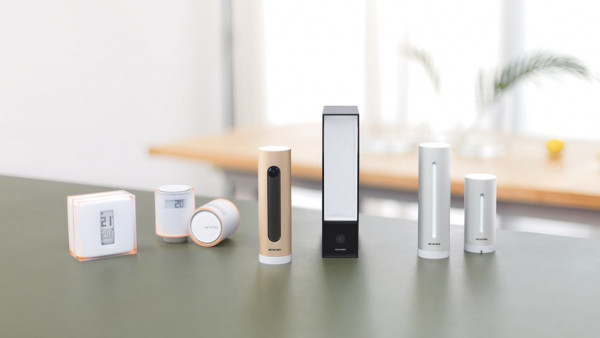 There was a time when French startup Netatmo was best known for its weather stations and air quality monitors, but today it really runs the gamut of devices: smart cameras, radiator valves, a smart thermostat, a smoke alarm, and even a smart doorbell on the way.

The company has stretched out into a lot of new areas, although some of its products arenŌĆÖt globally available, so if youŌĆÖre in the US youŌĆÖll only have access to a portion of NetatmoŌĆÖs line.

The company was founded in 2011 and made a name for itself with its unique products and attention to design. Air quality is still a major focus for Netatmo in 2019 - it's where it built its name - but we're seeing it move into even more new areas in order to compete with larger platforms like Nest and Ring.

Below we'll walk you through the ecosystem and the products it has on offer. By the end of this you'll be a true virtuoso of Netatmo's smart home range.

Netatmo's platform is still heavily skewed towards "home health", with many of its devices focused on monitoring sound, air and other types of pollution. But as we say, it's started branching out a little more into cameras, doorbells and suchlike. We're big fans of Netatmo's app and ecosystem as a whole, mostly how easy it is to use, however there's no denying that the company's support for HomeKit has been a big part of its rise in popularity.

That dedication to Apple's platform has paid dividends and continues to do so in 2019 with the launch of the first HomeKit-compatible doorbell from the company. However, HomeKit isn't supported on all the devices, and as for Alexa and Google Assistant, it's a bit inconsistent.

In 2017 Netatmo also branched into a new area of built-in products, most notably with Velux for some smart roof windows, blinds and shutters. These all use Netatmo's technology and work with Apple HomeKit.

As we said earlier, the Netatmo products available will depend on where you live. WeŌĆÖll round up all the major devices below and note the ones that are exclusive to Europe.

Netatmo sells those indoor modules separately for $79.99 should you want to add more. You can add up to three modules to the Weather Station, but only one outdoor module at any time. We should also point out that the Weather Station is uniquely non-compatible with HomeKit, but there is Alexa and IFTTT support.

Not to be confused with the Weather Station, this one is fully focused on indoor air quality. You'll get humidity, temperature and air quality readings, but it will also monitor noise and tell you if it's at the right level for sleeping. You can have multiple monitors running at once, so you can track different rooms, and Netatmo offers discounts if you buy a bundle.

NetatmoŌĆÖs outdoor smart cam is different to most in that it combines the camera with a floodlight. ItŌĆÖs simple to set up, easy to use, and can be installed using your existing lighting wiring - meaning you can easily swap it in to replace an existing feature. ItŌĆÖs not the best looking thing you can stick on your home, but thereŌĆÖs no subscription plan required and all footage can be stored on a local SD card if you like. ItŌĆÖs a Full HD camera with 100-degree field of view and a 15 meter detection range. You can also set up to four Alert Zones for detecting movement. The Presence works with HomeKit and Google Assistant.

Nope, thatŌĆÖs not another Weather Station. Welcome is NetatmoŌĆÖs indoor security camera, which takes on a similar form to the climate monitor. Note that little camera at the top: the Welcome keeps an eye on your home and will send you an alert if it detects an intruder. It can also alert you if it hears an alarm in the house go off. ItŌĆÖs nice and discreet - and works with HomeKit and Google Assistant.

At CES 2019 Netatmo introduced not just its first video doorbell, but the first video doorbell to work with AppleŌĆÖs HomeKit. We saw it up close andŌĆ” itŌĆÖs pretty good. YouŌĆÖll be able to view the doorbellŌĆÖs live video (and talk through it) using the app when someone comes calling, and HomeKit integration means you can ask Siri to open a live video stream on your phone.

You can also set it up to send alerts if it detects movement in select zones, making it a useful outdoor security cam, and if anyone tries to remove it from the wall it will send you a notification in the app. And it wonŌĆÖt become useless when darkness falls thanks to its infrared night vision. The doorbell will arrive in the second half of 2019, says Netatmo.

In our testing we described Netatmo's smoke alarm as a "no-frills detector that offers just a bit extra". It's only available in Europe and only works with HomeKit, but Netatmo's alarm does the job. It doesn't have the CO detection ability of some rivals, but you'll get real-time alerts to your smartphone if smoke is detected. HomeKit doesn't add a lot - you'll be able to see it in the app and check it's working.

Another one that's only available in Europe, Netatmo's thermostat gives you full control of your heating from your smartphone along with schedules and a fancy "auto-adapt" feature which looks at your homeŌĆÖs insulation and the outdoor temperature to work out the best times to pump up the heat. In addition to the thermostat itself Netatmo sells smart radiator valves so you can control temperature room-by-room - but again, these are only for the European market for now. The thermostat has HomeKit, Alexa and Google Assistant support.