Everything you need to know about the upcoming Bixby speaker 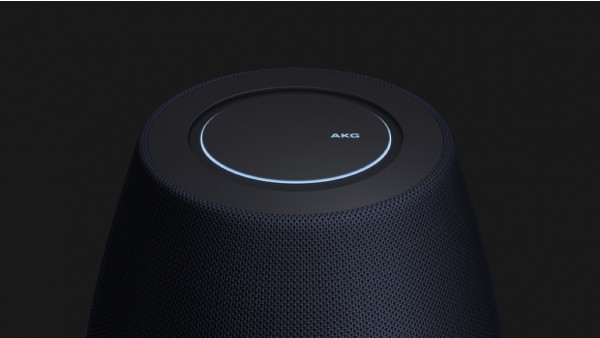 We've been waiting a while for the Samsung Galaxy Home. After first being announced last August, the Korean company's debut smart speaker is still yet to launch - and that's after a series of missed release dates.

However, there's more to know about the Bixby hub other than the fact it's delayed, and that's where this guide comes in. We'll be updating it regularly with the latest news and information around the upcoming speaker.

Read next: Get started with Samsung SmartThings

Read on for what we know so far about the design of the device, the features it'll offer to the smart home, how much it'll be and when you can pick one up from store shelves.

Initially, it was expected that the Galaxy Home would arrive before the end of 2018, but it's now looking increasingly likely the speaker might not even land in 2019.

Samsung CEO Hyun-suk Kim confirmed in early June that the speaker faced a delayed launch (after missing the target of April), indicating that it would release in Q3 2019. Well, that quarter ended on 30 September, and there's still no sign of the Galaxy Home. Samsung hasn't yet issued an update, so it could be a while before we know anything concrete about when to expect it.

Samsung didn't bring the Galaxy Home to its recent launch for the Galaxy Note 10 smartphone, and it also kept quiet about it at the IFA 2019 trade show, and it's increasingly unclear when another update will emerge.

Could we see it at CES 2020, in January, or might it release out of the blue before then? We'll be keeping an ear to the ground to find out.

How much will the Galaxy Home be when it does eventually launch? Unfortunately, this is something we still don't know, since it wasn't revealed during the initial announcement.

We can speculate, mind, and everything we know so far would suggest it's likely to be more in line with Apple HomePod's $299 price point, rather than the more budget-friendly tag associated with standard Google Home and Amazon Echo.

The fact there's also a Samsung Galaxy Home Mini - something that now looks likely to launch alongside the standard speaker, and be cheaper - makes it even more likely the Galaxy Home will be the premier option of the two.

The Galaxy Home is a bulb-shaped smart speaker with legs that looks like a gadget fondue, or, you know, a decapitated Rosie Jetson, but, unfortunately, there's no exact dimensions available yet, or details about its materials.

However, we do know some of the features. And one of the first things to know about the Galaxy Home is that it's both a Bixby speaker and a SmartThings home hub - which we expected.

It's also built by AKG with Harman technology (both companies, of course, are owned by Samsung) in order to optimize sound based on where you are in the room, and you'll be able to wake up Samsung's assistant with a "Hi Bixby", which the speaker will hear using its eight far-field microphones.

Back at the August event, Daniel Ek from Spotify got up on stage to show how you'll be able to link your SmartThings and Spotify accounts and seamlessly switch from listening on your phone to listening on a Galaxy Home or Samsung smart TV. And controlling Spotify through Bixby voice controls will feature on the upcoming Galaxy Home. However, we don't know yet what other services, if any, will be supported by the speaker.

Samsung is touting an "open, unified ecosystem" of home controls, powered by this device. We've been saying for a while that a voice-controlled smart speaker is the missing link for SmartThings, which already has the advantage of Samsung smart TVs in the living room, and inroads into the kitchen and appliances like robot vacs. In recent months, Samsung has been streamlining its various apps and platforms into one easy-to-use service.

The speaker, according to Samsung, will be able to "intuitively moves a wave of sound directly toward you when you ask it to" and we have no idea what that's going to sound like - but we're certainly eager to find out.

Samsung also talks of "scalable AI platform" but the Galaxy Home's weak spot will be Bixby itself, which is widely considered too far behind the voice recognition, accuracy and natural language processing capabilities of Alexa and Google Assistant.