SimpliSafe missing manual: How it works, the bundles, and more

Smart security, ease of use and everything else you need to know 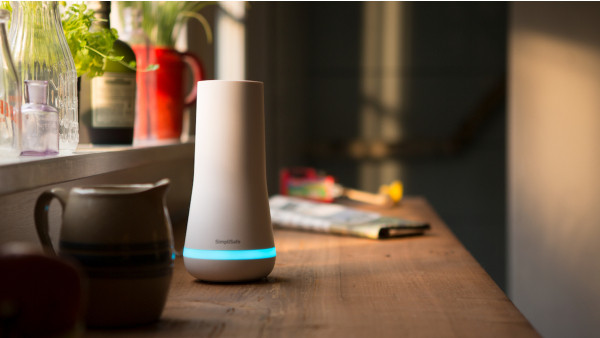 A lot of companies are trying get into smart security. You have big names like Nest and Ring, but you also have the old guard, like ADT. Even Comcast is looking to nudge its way in, turning its Xfinity Gateway modem into a smart home hub.

In this field of titans, SimpliSafe - the scrappy upstart - has managed to outdo all the rest in some respects. A lot of that has to do with how, well, simple it is to use. No drilling. No complicated setups.

They're selling a system that's customizable and expandable, depending on your needs. You can buy into one of their pre-made packages, or you could build your own. Versatility and simplicity are the name of the game here.

But how does it all work? What are the nooks and crannies of this security system, and is it something you should consider? We've put together this essential guide to answer all your questions.

There was an older SimpliSafe, but it was pretty limited - and definitely didn't allow for Alexa and Google Assistant support. The new SimpliSafe, which went on sale about a year ago, supports both.

You will need to subscribe to the $24.99-per-month plan to use all of these integrations though. The assistants will do the basics, like arm your system or let you know its current status. For security reasons, you can't disarm your system with the voice assistants.

Nest offers another integration, which ties your thermostat into your smart home system. A little more exciting is the August partnership, which will sync your August Smart Lock with your SimpliSafe alarm system. So if you arm the system, your door will lock too.

There are a couple of integrations that are being worked on for the future. HomeKit is the big one, something SimpliSafe says it's currently getting together. There also isn't yet a way to watch footage from SimpliSafe's video doorbell on smart displays like the Echo Show.

One thing to note about SimpliSafe's compatible services is that it's a bit difficult to find information on them within SimpliSafe's app or website. You'll need to turn to the other services to work them out, so that means heading to the Google Home app, August app, Alexa app etc. It's pretty easy to set up once you find them - but finding them is the challenge.

SimpliSafe's ease of setup is easily its biggest strength. Everything is handled on the devices themselves, so you don't even need to use the companion app.

It starts with the base station and keypad. You start with plugging in the base station, and then activating the keypad by removing the pull tab. You're not going to need to connect to Wi-Fi to set up your SimpliSafe system, as all of the devices work together and you can't use the companion app unless you buy a subscription.

The keypad will then activate and prompt you to et up a master pin to disarm your system, and then you'll be asked to install all of your sensors. All you have to do is pull the tab on each sensor and then press the sensor's test button and they'll automatically connect to your base station. The keypad will walk you through the setup, telling you which sensor to activate next.

You'll also be asked to select what rooms your devices are in, so that your SimpliSafe system has an idea of your home - that'll come in handy in a bit, when we talk about security. The other great thing here is that you won't need to install anything.

As for Wi-Fi, you set that up on the keypad itself. It'll connect the Base Station to Wi-Fi. You can't use the companion app to control your system unless you have a subscription either, so if you don't pay you'll have to interact with your SimpliSafe system through the keypad.

All of the devices, from the keypad to the sensors, use 3M mounting strips. You pull off the protective layer and stick them to the wall or door. We had some problems sticking our keypad to our wall, as it kept falling off, but for the most part we got everything to stick pretty well.

If you're intimidated by do-it-yourself smart security systems, which might require you to to some electrical or mounting work, you won't need to fret with SimpliSafe. Everything is easy to understand and do.

You don't need a subscription plan to use your SimpliSafe system. It'll still work without it, but you won't get professional monitoring, police dispatch, or companion app control. If it detects something, there'll be a loud siren that might wake you and your neighbors up, but that's it.

If you do choose to subscribe to SimpliSafe's monitoring plans, there are two choices. The two tiers are called different things depending on your location. If you're in the US, you'll be choosing between the Standard and Interactive plans. If you're in the UK, you're choosing between Pro and Pro Premium. The UK and US vary on features, but we'll detail the differences below.

The basic plan costs $14.99 and gets you 24/7 live alarm monitoring, a cellular connection in case your home Wi-Fi is knocked out, and environmental monitoring, which includes fire, extreme temperatures and water leaks.

In the US, SimpliSafe will call the police or fire department if it detects anything awry on the basic plan. In the UK, SimpliSafe will just call you and your designated emergency contacts - you'll need the higher-level plan to have SimpliSafe call emergency services.

That plan will cost you $24.99 per month. It'll also get you 24/7 live alarm monitoring, a cellular connection and environmental monitoring, but it'll add several other features on top of that. You'll get access to a mobile app that'll allow you to arm and disarm from anywhere, alerts on your phone, secret alerts for things like liquor cabinets and medicine cabinets, unlimited camera recording, and smart home integrations.

You'll also get video alarm verification. If anything happens, SimpliSafe's monitoring team will use your smart cameras' footage (with your permission beforehand, of course) to confirm a crime is happening. Then they'll save the footage and send it over to the cops automatically. The idea is to speed up identification and provide evidence as soon as possible in an effort to speed up response times.

SimpliSafe sells its devices in two ways. You can build your own system from scratch, adding whatever sensors and other devices you need, or you can buy one of SimpliSafe's pre-made bundles. We'll break down what's in each bundle, as well as the differences in the UK and US.

A note: All of the sensors and devices found below can be added into your own custom bundle.

In the US, you're going to have The Foundation as your entry bundle. It's largely designed for small homes and apartments, and comes with the base station, the keypad, a motion sensor and a single-entry sensor.

In the UK, the configuration is called The Starter. You're getting everything in the American version of the bundle, but you also get the SimpliCam, which is SimpliSafe's smart cam (we'll get into that a bit later).

Ah, yes, naming parity. Both versions of The Essentials are roughly the same. You get the keypad, base station, three entry sensors and a motion sensor. The big difference, however, is that in the UK you're also getting the SimpliCam bundled in.

This is SimpliSafe's most popular bundle, largely because it's got enough entry sensors to cover most of your doorways. At the very least, it'll cover your front door, back door and perhaps a window.

The US gets The Hearth, which keeps a base station, keypad, motion sensor and three entry sensors. It also adds, on top of that, a key fob, a 105dB siren and a smoke alarm. This one is all about scaring those intruders away.

The UK gets The Warwick. In addition to the base station and keypad, you're getting the key fob, a SimpliCam, and six entry sensors. That's right, six of them. This is especially good if you've got a big house.

US users will get The Know, which is built for homes with four or more rooms. You're getting the keypad, base station, six entry sensors, two motion sensors, a key fob, siren, and smoke detector.

In the UK, you're getting The Windsor, which gives you the base station, keypad, five entry sensors, two motion sensors, a SimpliCam and a key fob. Just like The Knox, it's built for larger homes.

The US bundle is going to give you the keypad, base station, a key fob, four entry sensors, a siren, two motion sensors, a panic button, a freeze sensor, a water sensor, and a smoke alarm. This one is built for all kinds of disasters, like frigid temperatures, fire, and water leaks.

The UK's Bamburgh gives you a keypad, base station, a siren, motion sensor, SimpliCam, two key fobs, three entry sensors, a panic button, and a glass break sensor. This one is more concerned with break-ins than environmental concerns.

If you're in the UK, you'll get the SimpliCam bundled in with any bundle you buy. In the US, you won't. You'll have to buy it separately or add it into your custom bundle. This is SimpliSafe's smart cam.

It's got 24/7 live HD video, people detection, night vision, audio and video, and a 120-degree field of vision. It's also got end-to-end encoding on its video streams and 256-bit encryption. There's also a steel privacy shutter you can use for some privacy.

That's right, SimpliSafe also has a video doorbell. It's only available in the US though, and it's not a part of any of the pre-made bundles. It does, however, require an existing doorbell setup. You can't just stick this on a wall.