Siri Shortcuts guide: What you need to know about Apple's version of IFTTT

The new app is super helpful, but super complicated 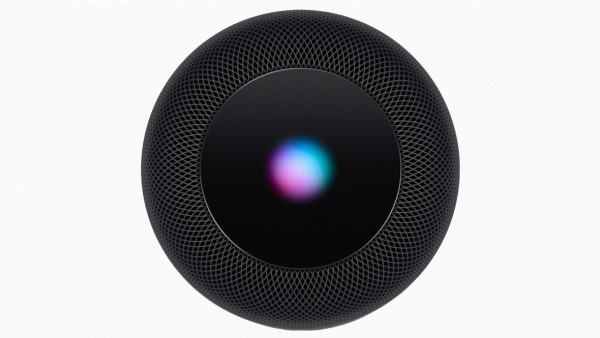 Siri may have been the original AI assistant, but it has since been eclipsed by both Alexa and Google Assistant, who have proven to be a lot more useful. A lot of that is down to Apple's privacy stance, which keeps it from improving Siri at a similar clip.

Apple may have a workaround though, and it's a new app that debuted in iOS 12 called Shortcuts. Surprisingly, this isn't pre-installed so you'll need to download from the App Store. Here's the thing though: The app, while useful, is also incredibly complex.

Read this: Your essential Siri guide

How do you use it, and what use can you actually make out of it? These are the questions we'll answer with this guide to Siri Shortcuts.

What is Siri Shortcuts?

The easiest way to think of Siri Shortcuts is to think of it as Apple's version of IFTTT. It allows you to create customised routines where different services and apps and functions all interact to do things. For instance, you can set up a Siri Shortcut that gets you ready for work. With a quick phrase, Siri can give you directions to work, start your commute playlist and even lock your door.

There's also another way to use Siri Shortcuts. Some apps can create packets of information for you, and you can assign a Siri phrase to them to quickly access them. For instance, you can set up "Travel plans" as a Siri phrase for Kayak within the Kayak app. When you say, "Hey Siri, travel plans", the assistant will read out your bundle of information, which can include your hotel, its address, and what time you can check in. Handy stuff.

Now, Apple hasn't made all of this too clear. It certainly doesn't help that the app where most of this happens is simply called Shortcuts, yet Siri Shortcuts refers to using Siri to activate these shortcuts. By default, many of these Shortcuts don't have Siri phrases. You'll have to go in and add them yourself.

You can either create your own Shortcuts, or you can select pre-made ones from Apple. The Gallery is where Apple features a bunch of different Shortcuts ŌĆō think of it as a sort-of App Store.

Be sure to take a look at the Morning Routine collection, or the Quick Shortcuts, which will do things like set up speed dial for a specific location or easily share your location with a trusted contact. There are even Shortcuts for Apple Music, like adding the top songs from the current artist you're listening to to your library.

Calendar, health, read it later, and home Shortcuts also have collections. Though do be wary, that collection of home Shortcuts includes things like a laundry timer, a weekend chores list, a relaxing Shortcut and a pizza assistant Shortcut (seriously).

Many of the Shortcut collections are aimed at various kinds of productivity. There's a section for Evernote, GIFs, writing, news junkies, learning something new, collaborating, making music, photography and even adding functionality to Safari.

If you're looking to get started with Shortcuts, the Gallery is where you should start. Not only is there a crazy amount of useful stuff to peruse, but each Shortcut can be edited and viewed. So you can get an idea of how actions work together. Apple even inserts comments that help explain how they work.

You'll notice that you can also share Shortcuts pretty easily. You can do this from the Gallery, yes, but you can also share from your Library. When you try to share a Shortcut, you'll get an iCloud link that you can share on social media or via messaging apps. When someone clicks on one of these links, they'll be able to get that Shortcut. So you can make your own Shortcuts and share them with the world. Or, someone else can make a Shortcut and you can use it.

It's still early days, but it's likely that Apple's Gallery will one day be complemented with user-created Siri Shortcuts as there seems to be a growing community of DIY-ers crafting unique Shortcuts ŌĆō like downloading YouTube videos to your camera roll.

How to add Siri to Shortcuts

There are two ways of doing Siri Shortcuts. You can head to the Settings app, then Siri & Search, then click All Shortcuts and tap the + sign next to each Shortcut to assign a passphrase. The other way is within the Shortcuts app, which is split into two sections, Library and Gallery.

The Library houses all your Shortcuts, and when you click the three dots on your Shortcut you'll see the actions that come together to make it. In the upper right corner, under the Done button, you'll see a switch-style logo. Click that to get to settings for that Shortcut. One of the options will be Add to Siri, which will let you add your custom Siri passphrase.

Voila, once you add your Siri phrase to your Shortcut you've officially created a Siri Shortcut. Now, the Shortcuts app is actually a repurposed app called Workflow, which Apple bought way back in March 2017. The app, like Shortcuts, is aimed at letting you cut together a bunch of services, actions and routines.

There's also an Add to Siri button in third-party apps, like Kayak, that'll let you quickly create Siri phrases to activate packets of information. You can use these and other Siri Shortcuts on a number of Apple devices. Or, well, any Apple device that has Siri on it. So once you create your Shortcut on your iPhone, you can go ahead and start it up on HomePod.

How to create your own Shortcut

If you're feeling more adventurous, or creative, you can also create your own Shortcut. You can do this from the Library section of the Shortcuts app. Simply press Create Shortcut and a new screen will slide up.

Here, you'll be given a tray with various abilities you can do. There's Calendar, Contacts, Documents, Health, Maps, Music, Photos & Video, Scripting, Sharing, Text and Web. Each option has a couple of different things you can do.

For instance, under Music you'll see Find Music, Get Current Song and Get Playlist. If you choose Get Current Song, your tray will update with further actions you can do. In this case, your options are turned into Music, Sharing, Documents, Scripting, Photos & Video, Calendar and Get Text from Input.

Read this: 46 essential commands for Siri

If I were to look under Sharing, I would see Copy to Clipboard, Send Message and an option to bring up the Share Sheet. If I chose Send Message, it'll add the new action underneath Get Current Song and let me customise the action a bit. In this case I can choose my recipients and add in a custom message.

I can share the title, the album, the artist, the genre, the composer, the date it was added, the duration, the kind of media, the play count, the lyrics, release date, my rating and a number of other granular metrics. Once you click done, you've created a Shortcut that lets you send the lyrics to the song you're listening to to a specified contact.

As you can probably tell, creating a Siri Shortcut is an intensive process. That rather simple Shortcut took me about 10 minutes, but there are an overwhelming number of options and ways to customise what you want Siri to do for you.

There is another way to see what you can do with Shortcuts. When you click Create Shortcut, instead of looking at categories simply tap the search bar. You'll get a second menu that ŌĆō at the top ŌĆō will list favourites, Siri Suggestions and Scripting.

Below that, you'll see Shortcut content types: Apps, Calendar, Contacts, Documents, Health, Home, Maps, Music, Photos & Video, Sharing, Text and Web. Below that, you'll see what apps have added Shortcuts support. Unfortunately, companies are still updating their apps with Siri Shortcuts, and there aren't many smart home companies that are taking advantage ŌĆō yet. Philips Hue has been one of the first on the bandwagon.

The Home Shortcuts are thus far relatively simple, allowing you to run HomeKit scenes. You can, however, combine that with a number of other potentialities. Like maybe building in that lyrics Shortcut we created. Still, the functionality for smart home ŌĆō so far ŌĆō is still surprisingly lacking. This could change as more companies add support.