Buckle up: The essential guide to the connected smart car

Now and in the future, what you need to know 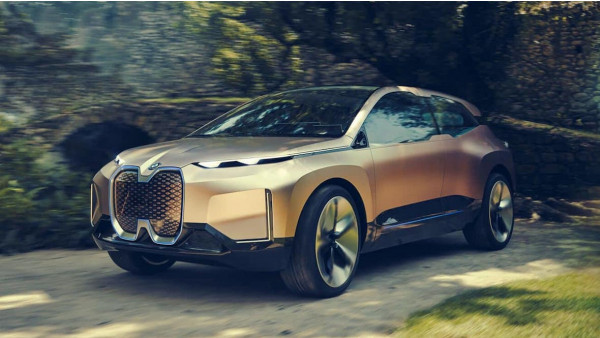 The smart home has grown at a fast clip, and it's only going to get more exciting as time goes by. But there's another space that we spend a whole lot of time living in. Hint: it has four wheels and moves.

Our cars get us from point A to B, but on the way they've transformed into communication devices, entertainment hubs and, more recently, smart home controllers. Car manufacturers continue to outfit the newest vehicles with the latest technologies, and it's changing the way we use them.

Read this: How to get Alexa in your car with an Echo Dot

They're becoming smarter than ever, but there's a lot happening here. What exactly is a smart car? What can you do in them now and what's the next stop on that freeway of the future? Should you go for CarPlay or Android Auto? What about Alexa? We've put together this guide to help, so let's buckle up and get going.

What even is a smart car?

We're not talking about the eco-friendly, two-person Mercedes-Benz microcar brand known as Smart Car. We're talking about connected motor vehicles. There are a lot of different ways to make a car smart. For the most part, however, a smart car uses connected technology to make living and ŌĆō by extension, driving ŌĆō easier.

Self-driving cars, for example, are smart, but they still live in the future. Cars that have advanced, connected infotainment systems like CarPlay and Android Auto are also smart ŌĆō and here today. They take your information and plug it directly into the car, keeping you connected to things like music, messages and more. Some cars can also talk to your smart home and voice assistants, whether that's setting your "Welcome home" scene live ready for your return, or asking Alexa for directions.

Finally, cars that can read and help you make better driving decisions are also "smart". These are cars that can gauge how tired you are, or whether your attention level is fading, and recommend when you need to pull over to take a nap or get some coffee.

That's what a smart car is right now, and that definition will likely change in the future as all these technologies get going. We'll get to that later, but for now let's dive into what smart car technologies are out there right this second.

What can you do now?

There are a number of ways to use a smart car right now, however these vary by brand and trim. Some of the more luxurious brands, like BMW and Audi, will pack their cars with fancy tech because they can afford to. Other brands, like Kia and Honda, will do what they can at their mass market pricing.

The most mass market smart car technologies, however, are CarPlay and Android Auto. These connect your smartphone to your car, making it easy to do things like use Apple Maps, Google Maps and Waze; browse through your music library; and message and call family and friends.

Apple and Google are continually updating both with new features, and they've worked hard to get the systems into as many car brands as possible. You can get them in brands as affordable as Toyota, Kia and Honda as well as brands as luxurious as Aston Martin.

However, one thing to keep in mind is some companies will make these stock features you don't have to pay for, like Volvo. Others, like BMW, will make you pay $80 a year for the privilege of CarPlay. Why? Well, it might have to do with its own proprietary tech.

Amazon has tried to get its famous assistant, Alexa, into cars for years ŌĆō even forging a partnership with Ford. Things are moving a little quicker now, with Amazon, Garmin and Anker making accessories that'll bring Alexa to your car. It's far easier than jerry rigging your Echo to your car.

Amazon has also added developer support for Alexa Auto, enabling new features to better take advantage of, you know, being in a car. That means making Alexa more succinct, pausing more to maintain driver focus, being location-aware and so on. It also means Alexa understanding that it can't do certain things in the car. For instance, if there's a game that uses Buttons, you want it to recognise that the buttons can't be used in the car.

It can do all the things you expect from Alexa, like controlling your smart home, while also do things like give you directions via Google Maps and check for gas stations around you. For now, Alexa Auto relies on your smartphone's Alexa app, but as Alexa comes built into more and more cars ŌĆō likely connected by 5G ŌĆō things may change.

CarPlay and Android Auto give you easy access to Siri and Google Assistant, which also give you access to controlling your entire smart home. Car manufacturers, however, have been working on their own assistants that give you control over your car's functions.

The two biggest are BMW and Mercedes-Benz. This is something Tesla is also working on, but it hasn't rolled it out on the level of the German giants. BMW, for example, will let you search for restaurants and such. But the cool stuff comes in controlling actual car functions. For instance, in the 2019 BMW 3 Series, you can roll out a command like "BMW, I'm tired" and your car will open your sunroof, blast you with cold air conditioning periodically and turn all the indoor lights green in an effort to wake you up.

Self-driving and other car smarts

Self-driving technology is one of, if not the, most exciting prospects for cars right now. Well, kind of. Most cars now aren't fully self-driving, they're more like assists. A car can drive on the freeway for you as long as you're making sure things still work alright. They can also parallel park for you. New BMWs can remember how you parked and then back out for you, too.

Then there's other stuff. The 2020 Kia Telluride can track whether your attention as a driver is fading and can recommend when you need to stop the car and get a rest. Let's not forget things like braking assists, which can sense accidents and brake for you. For now, most of this tech comes as pricey upgrades, but it's only a matter of time until they start to get standardised.

How to make your dumb car smart

If you have a car, the chances are it isn't one of the fancy new 2018, 2019 or 2020 models that have a number of smart features. You may want to make your dumb car a little smarter, and there are a number of ways to do this. Here are some devices to get you started.

Anker's Roav Viva looks like a small, square Echo Dot, and it acts like one too. There are some problems with it, mainly that the usefulness of the two USB ports will depend on your car's design, but otherwise it works really well. It brings Alexa to the car in an easy-to-use way, and it'll bridge the gap until you can get a car with Alexa built in.

The Pioneer isn't the most advanced aftermarket option, as it doesn't have a touchscreen or built-in navigation, but it's affordable and has both built-in CarPlay and Android Auto. Even better, it's got wireless CarPlay and Android Auto, which is still a rare option. There is a Pioneer model, the AVIC-W8400NEX, that adds built-in navigation and a touchscreen, but it's a couple hundred more.

This one's a little different. It plugs under your dashboard and syncs driving data to your phone. So not only will it keep track of where your car is, it can tell you what's wrong if your car starts acting up. If you get in an accident, its responders will leap into action to make sure you're okay. It does require a subscription service, but it's $5 a month after free trials (3 months for premium, 3 years for basic).

The future of smart cars

There are two technologies that could massively change how we interact with our cars in the future, making them smarter than ever. The first is 5G and the second is self-driving. 5G promises to offer more speed and bandwidth than 4G LTE, which means it should be easier to do things like stream video.

That means you could have, say, your video doorbell stream your front door directly to your car infotainment system. Or have your car always connected and ready to access from your home. One big example of this is Samsung and Harman's concept smart car.

The car was plugged directly into SmartThings, and was able to access the Samsung refrigerator to check what groceries were needed. In the morning, you can turn on a routine that'll turn on your car and get the climate control to your liking before you step into it. When you get home, it can set your home to what you like when you need to unwind after a long day.

Tesla already has a head-start on that with its current vehicles. CEO Elon Musk says the company already has the ability to track its vehicles. If it were to release HVAC systems for the home, it could tie the car together with your HVAC system. Potentially, this means that your car and home could be set to similar temperatures so that you're always comfortable. While it sounds like a bit of a stretch, especially from Musk, who proposes big new ideas regularly, Tesla has started offering home energy products ŌĆō and a leap to HVACs isn't as outlandish as it sounds.

At CES 2019, Byton showed off a new concept car that took smarts to another level. It would use facial detection to see who's sitting in the car, and could switch things like Alexa profiles based on that info. It even has the smarts to learn your routines, and will be able to book tables at restaurants for you. Byton's still got to prove itself, however, as this would be its first car for sale.

Other, older car manufacturers have also been designing concept cars that act more like mobile living rooms. You sit down in a nice, plush interior with big open windows out into the world, only needing to drive when you want to rather than having to. That future is still a long way away, but it's a possible one.