How to sync your Nest Cam and Philips Hue smart bulbs 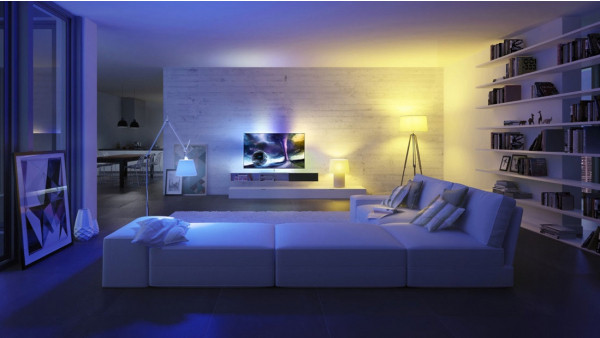 Nest and Hue are two of the biggest names in the smart home world. Chances are, if you're packing out your house with the latest and greatest connected devices, you'll have one or two devices from either brand in your setup.

One of the most useful aspects of the smart home is automated security for your house - and there's no easier way to do this than by letting your smart security cameras activate your smart lights. And the good news is that, when it comes to Philips Hue and Nest Cams, there are multiple easy methods to do this.

Here's how to get your Hue bulbs synced with your Nest Cams...

The official Nest and Hue hook-up isn't the best, to be honest. It doesn't allow you to specify what Cams affect what lights - or at what times.

The only Nest Cam automations on offer are ones that automatically turn on lights if no-one is detected in a room for a while; a 'smarter security light' that turns on random lights if it detects movement when it's dark (which inevitably activates when you don't want it to); and a quite-clever mimicking feature that turns lights on/off when Nest's Home/Away status is Away

Pros: No additional apps needed, just sign up here and link your accounts.

Cons: Very limited, just the handful of recipes listed above.

IFTTT - the original and the, er, most easy to use - although automations are limited as you can't yet specify a time period for them to work. So, while it's very straightforward to have your Hue bulbs fire up when motion is detected by a specific Cam - you can't have it just working overnight... which is annoying.

Pros: Possibly the simplest way of doing it as thousands of Hue / Nest recipes (applets) have already been written by other people and are available for you to use.

Cons: You can't specify time periods and IFTTT is limited to a one action automation.

The good news is that Hue and Nest can talk together through Wink without the need for you to invest in Wink's smart home hub hardware. The better news is that the app is really easy to use. Automations are called 'Robots' and they can be set to react at specific times of the day and - bonus points for this - you can have it so as your Nest Cam would have to detect motion for a certain period of time before the Robot kicks-in.

Guide: How much does Nest Aware cost?

For example, you could have it so as the Nest Cam you have in the kitchen has to detect motion for longer than 2 minutes before the lights come on - useful if you don't want the lights going on when you've popped down for a glass of R. White's Lemonade in the night, but you do want them reacting to, you know, someone breaking through your back door.

Pros: You don't need the Wink Hub - everything can be done through the app and it's super user-friendly and lights can be grouped as well.

Cons: Wink has reliability issues with Nest Cams, sometimes they just stop working and you have to re-add.

The two examples above are much easier to use, but nothing can match the in-depth specifications for your automations ('Flows') that Stringify allows for. You can set detailed time periods (on a day-by-day, or daily basis), include multiple cameras and lights, and even throw in automations from any other platform that's supported.

For example, you can have a Flow that, if your Nest Outdoor IQ Cam detects motion between 1am and 6am on a Friday, turns your Hue lights turn on in the kitchen, but also has your living room Lifx bulbs come on too - and then sends you an email. Plus, as it supports IFTTT, you could even add a IFTTT applet onto the end of a Flow, so the limits are pretty boundless.

Pros: The Flows are so in-depth - nothing comes close for setting up detailed security based automations for Nest and Hue.

Cons: The app's UI isn't the easiest to get to grips with and it's not possible to group devices together yet.

This Spanish-startups app is still very much a work in progress and, although it is possible to get your Nest Cams and Hue lights listed in the app, it's not the clearest process in the world to get automations set up. We think it works. Maybe.

Cons: Yeti also charge for Premium features - and these features include Alexa integration, charms and routines... so you'll have to fork out $3.99 a month to keep your automated Hue / Nest security setup running. One to avoid for now. 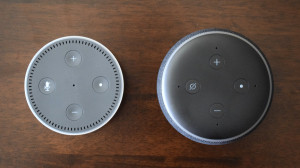 Shhhh! How to turn on Alexa's Whisper Mode

Teach Alexa to use its indoor voice

How to connect your PlayStation 4 with Alexa, Google Assistant and more

With a couple of tricks, SonyŌĆÖs PS4 can slip into the setup with voice assistants 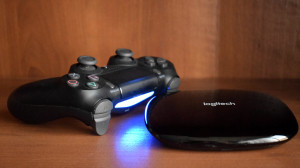 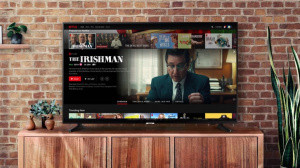 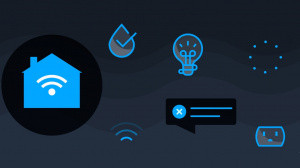