How to control your Apple HomePod using your iPhone

Getting to grips with your smart speaker - music, HomeKit, settings, calls and more 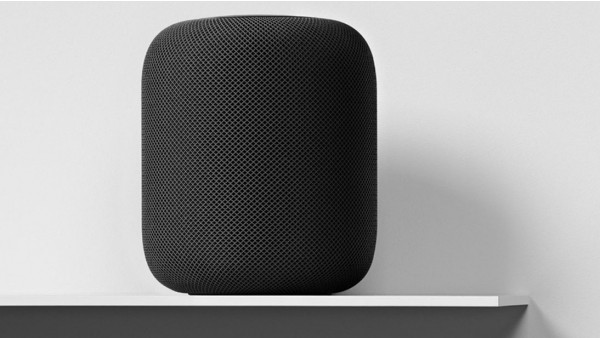 Your Apple HomePod, with Siri built in, means that you can go completely hands-free with your music streaming and smart home automations. But sometimes it's just easier to use your iPhone.

When it comes to fiddling with settings or selecting music, you can get a bit bored of saying "Hey Siri," over and over again.

What's more, there are a few things on the HomePod settings front that Siri just can't handle. Here's everything you need to know about controlling your HomePod with your iPhone or iPad.

Controlling your HomePod music with your iPhone

When you are playing something through Apple Music or your iTunes library, you can pick up your iPhone and control your HomePod using your phone's display. There's actually three ways of getting this started:

1 - From within the iOS Music app, choose the song you want (if you're not already listening to a song on your phone) and simply click the AirPlay logo and choose your HomePod. If you're already playing something else on your HomePod, your new selection will override this.

2 - From the lock screen, if you're listening to a song on your iPhone, you'll see the Music widget - again just tap that AirPlay icon and do the same as above.

3 - From the Control Center, either long press or 3D Touch the music tile and you'll get a screen with all your current music playbacks on your Apple devices. Again, just hit the AirPlay button to transfer a song over to your HomePod, or choose the HomePod section if something is already streaming on your smart speaker.

Once you are synced up from iPhone to HomePod, you'll have access to track playback controls like volume, skipping, next track and play/pause.

From within the Music app, if you tap the three little dots you'll also get the options to create a station based on the current song, see the song lyrics or tell Siri that you love or dislike that song.

How to set up stereo and multi-room

HomePod and HomePod Mini users also have the ability to create stereo and multi-room pairings using the power of AirPlay 2.

The HomePod does a pretty good job of filling a room with sound, but it still doesn't compare to having those left and right channels separated for stereo sound. Using AirPlay 2 and a couple of HomePods, you can make that happen. Just do this:

1) If you're setting up a new HomePod, and you choose to add it to a room where a HomePod already lives, then you'll see a pop-up asking you if you want to create a stereo pair.

2) If you already have two HomePods in a room, open the Home app, press and hold the HomePod icon, then tap Details.

3) Tap Create Stereo Pair... and then select the HomePods to be included.

4) Configure the speaker which will be the left, and which one will be the right by carrying out a simple tone-test. Tap the orange button to switch them if they are the wrong way round.

For multi-room, this works just as it did before. Simply swipe to the Control Center on your iPhone then tap and hold the music panel. Or if you're on the lock screen, tap the AirPlay icon. You'll then see all your available AirPlay and AirPlay 2 speakers appear.

If you want, you can even play different songs on different HomePods. To do this using the Control Center:

1) Start playing a song from your app of choice.

2) Open the Control Center, then tap and hold the music panel.

4) Select the HomePod you want to play the song.

5) Start the process again with a different app/song, but this time selecting a different HomePod.

An easier way to do this is by simply asking Siri to play music from a certain speaker or room, although this will require Apple Music (sorry, Spotify fans).

You can even ask Siri to play those different rooms at different volumes. Try something like, "Hey Siri, play my emo throwback playlist in the bedroom at 40% and Eminem in the kitchen at 60%".

There's more to Apple's HomePod than just music though. For everything HomeKit related, and to get to the meatier HomePod settings, you'll want to head into your iPhone or iPad's Home app.

From there, long press or 3D Touch the HomePod's tile and you get the options to set alarms, or see the smart speaker's 'Details' and change up some of the default settings.

You can rename your HomePod, choose whether it's a HomeKit favourite, sync up an Apple ID, block explicit content and a whole lot more. You can also switch up some of Siri's settings - language, default voice and the like - and you can also choose to mute the Apple digital assistant if you want.

A lot has been made of the lack of support for multiple users on HomePod - and while there's no hidden iPhone settings menu for changing that - there is a multi-user menu of note, although it's centred around AirPlay playback.

Again, from within the Home app, you can limit your speaker's streaming to just people in your Apple Home, or people on your network. You can even add a password if you like or throw caution to the wind and leave it open so as anyone close enough with an iPhone could ping over their music.

One final iPhone / HomePod feature of note is within the iCloud settings - it's here you can double check you're all up to date and you can remove a HomePod from your iCloud account - which you'd want to do if you were selling it, for example.

You can use your HomePod to make and receive calls when you're in the house.

To initiate a call from your HomePod without touching your phone simply say, "Hey Siri, call [name]" or "Hey Siri, dial [number]". When someone is calling you just say "Hey Siri, answer my phone."

You can even check missed calls by asking, "Hey Siri, who just called?"