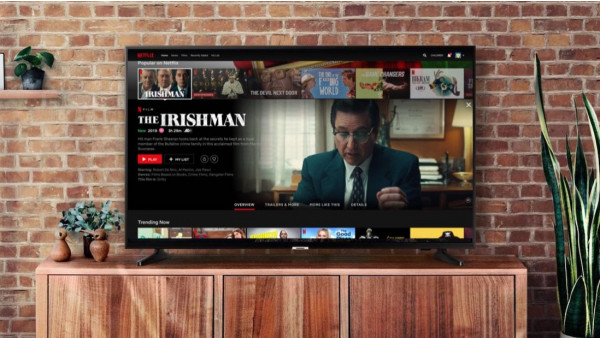 There's more and more Ultra High Definition (UHD), aka 4KTV, movies and shows for 4K smart TV owners to choose from and Netflix is definitely one of the key destinations. However, for those looking to watch Netflix in 4K on their TV or PC, it's hard to know where to start.

ThatŌĆÖs why weŌĆÖve put together this handy guide, explaining everything from the key basics you need to get started, to the fine little details that can stop the process working altogether. And, generally, whether or not Netflix in 4K UHD is worth it.

ThereŌĆÖs a growing selection of 4K content on Netflix, but donŌĆÖt be fooled into thinking everything on the streaming platform is viewable in Ultra HD.

You're going to need is a premium level Netflix 4K subscription. To get access to all that juicy Ultra HD content you need to pay more, specifically ┬Ż11.99 per month.

In terms of video quality, Netflix streams 4K at 2160p, which is good news. There's no lesser term when it comes to 4K, or UHD, as there was with some providers of HD video who only broadcast in upscaled 720p at 1080i.

Go 4K on a budget: The best streaming sticks and boxes

There's a long list of TVs that support Netflix 4K, but just because you have a 4K Ultra HD TV doesn't mean it will work. That's because you also need a set that's HDCP 2.2-compliant (which is 4K copy protection) and, if you're using an external device, supports HDMI 2.0.

This is particularly shaky with older sets (especially those pre-2014), so make sure yours supports these standards before going any further. For more info on HDMI, check out our HDMI explainer, which dispels some of the myths and untangles the jargon.

We should also point out that every year Netflix picks out a list of specific "recommended" models, which can be a useful guide if you're in the market for a new TV set. You can see the list of specific models here (that landing page shows the current year, but you can check previous years to see if your 4K TV is recommended).

Now, if youŌĆÖre going to be streaming 4K content, youŌĆÖre going to need to have a pretty dandy internet connection. Remember everyone used to say that 4K wouldnŌĆÖt go anywhere because our connections werenŌĆÖt fast enough? Well, in the era of fibre and cable thatŌĆÖs not a problem. Netflix recommends a connection of at least 25Mbps.

The average US broadband speed is 61Mbps so most people should be good to go ŌĆō but it might mean a little bit of an upgrade is needed in UK households where the average is a much lower 16Mbps.

Oh, and it goes without saying: you don't want to be doing this if you have a data cap in your broadband plan. If you do have a cap, make sure you know what it is - and that you know it's high A lot of ISPs have bumped these caps high, but in the era of 4K streaming we're also capable of hitting them much faster.

How to stream 4K Netflix

Now, finally, youŌĆÖre going to need a 4K streaming device. If you have a 4K television then the chances are it will be a smart TV which will have a Netflix app. Provided you have all of the requirements above, this should suffice.

WeŌĆÖve tested the Netflix app on our various 4K smart TVs and 4K content was found and played absolutely fine. If you have a 4K smart TV, this could be a money saver. However, thereŌĆÖs little consistency across smart TV platforms yet.

Essential guide: Everything you need to know about Amazon Fire TV

Often, however, an external device will give you the best experience. Netflix has a full list of its website, but some notable mentions include:

What about HDR and Dolby Vision?

Netflix currently supports two different HDR streaming formats; Dolby Vision and HDR10. To get in on this high dynamic action, you'll need a TV that supports either Dolby Vision or HDR10.

If you're using an external box or streaming stick, you'll want this connected to your device via an HDMI port that supports HDCP 2.2 or later.

Technically, HDR is available on some smartphones and tablets that are not necessarily classified as having 4K displays. If you're browsing Netflix on a newish iOS or Android, look out for the HDR or Dolby Vision icon.

How to watch 4K Netflix on PC and Mac

You can watch 4K Netflix on your Windows PC, as long as it's running on Windows 10. Furthermore, you'll need to stream via the Edge browser, so don't get any ideas about Firefox or Chrome.

But things are also quite fiddly when it comes to hardware too ŌĆō what did you expect? Your PC will need PlayReady 3.0, so make sure Windows 10 is fully up to date.

Your PC's hardware will also need 10-bit HEVC encoding support ŌĆō so you'll need a seventh generation Intel Kaby Lake processor or later. Basically, if your machine is dated before 2017, you might be in dodgy territory. Alternatively, an NvidiaŌĆÖs 10-series graphics card can handle it instead.

4K Netflix on a Mac was a late arrival but it is finally now available. You'll need a Mac computer running at least macOS 11.0 Big Sur, the latest version of Safari, and also it will need to be a 2018 or later Mac with an Apple T2 Security chip.

Getting HDR involved means digging into your graphics driver and/or GPU hardware setup. It's all a bit ridiculous really.

For both Mac and PC, you'll need a 4K display which supports HCDP 2.2 and runs at 60Hz, so take care to ensure that your screen is compliant.

Once that's sorted and you have the correct level of Netflix subscription, you're good to go.

How do I know if itŌĆÖs working?

Now this may sound ridiculous, but with Ultra HD itŌĆÖs actually a common question. You might find yourself wanting to check if youŌĆÖre actually streaming in 4K.

Netflix will automatically provide you with access to the 4K streams if youŌĆÖre fulfilling the criteria above, e.g. 4K TV, full subscription, supporting app or streaming device. WeŌĆÖve found Apple TV 4K to be a great experience. You can tell if the content is available by going to a show (preferably a Netflix original) and looking under the title. It should say ŌĆ£Ultra HD 4KŌĆØ or "Dolby Vision" and not ŌĆ£HDŌĆØ.

Ensure your 4K device is plugged into a HDCP 2.2 compliant HDMI port and not the nonsense ones some TV makers add around the sides. This is going to get more difficult as we add more 4K devices to our living rooms (games console, cable box, Apple TV, etc).

If youŌĆÖre still paranoid that youŌĆÖre not getting the resolution youŌĆÖre paying for, you can use your TVs OSD to check the incoming resolution, often by pushing the 'i' button. That actually differs massively between TV brands, and wonŌĆÖt be that useful on all models, so youŌĆÖll have to figure that one out for yourself.

The best Netflix 4K and HDR movies and shows

There's over 800 UHD things to choose from on Netflix, if you add up all the regions - and around 550 if you live in the US. To make life easy for you we've picked out the top 20 shows, documentaries and movies for you.