With Stringify shutting down, here's how to migrate your Flows

We show you how to move your flows to alternative services 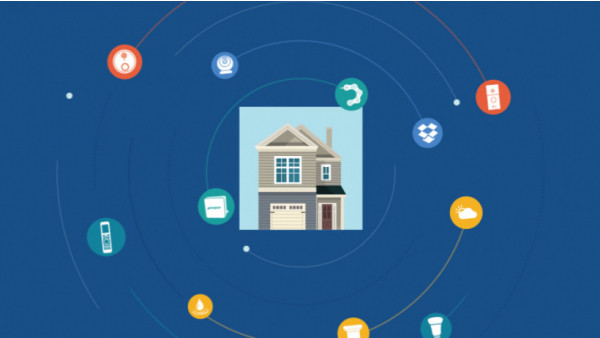 The Ambient is reader-powered. If you click through using links on the site, we may earn an affiliate commission. Learn more
Chris Ebert
Wednesday

The announcement that Stringify was shutting down came as something of a shock, leaving a gaping hole in many smart homes. With its ability to build complicated automations, Stringify was an essential way for many people to run their homes automatically.

The big problem with Stringify going is that thereŌĆÖs not a single alternative service that has the same range of features or device support. That doesnŌĆÖt mean that hope is lost, though, as using a range of alternative services can help you achieve most, if not all, of what you did in Stringify. The main options are to use IFTTT (If This Then That), Yonomi, SmartThings and the SmartThings add-on, Webcore.

There are two main complications in changing: device support and complexity. Typically, the automation services with the simplest rules support the widest range of products; the more complicated services have fewer devices supported. Ultimately, the limiting factor could simply be that you canŌĆÖt find a service with the right features that supports the devices that you want to control.

That said, thereŌĆÖs a lot you can do in Stringify that you can replicate elsewhere. What you want to achieve will depend on the Flows you have running right now, and the best way to work out which replacement service is right for you is to categorise said Flows by how they work. We see Flows as being of one of four main types, and weŌĆÖll take each one in turn.

A Flow with a single trigger and action

This type of Flow can be seen as, ŌĆśIf A happens then do BŌĆÖ. ItŌĆÖs the most simple of automation types and is the easiest to replicate in any of the alternative services. What you want to achieve will depend on the trigger action, but hereŌĆÖs how you can approach replacing these more simple Flows in IFTTT, Yonomi and SmartThings.

This is the kind of action that IFTTT excels in. This service has the widest range of device support of any automation service. If you're new to it, our full guide to IFTTT explains how to set up and use the service. The basic principle is that you have a trigger (the ŌĆśifŌĆÖ part) and an action (the ŌĆśthen thatŌĆÖ) part.

Triggers are hugely flexible and can include your location, a time, or even a device. For example, a Nest Cam that picks up motion can be the trigger. Actions are dependent on the type of device but can include setting a thermostat to a certain temperature or turning on some Hue lights. IFTTT can handle the majority of simple automations that you might want.

Yonomi is a smart automation tool that can do many of the things Stringify does, using Routines. You can read more about how to use this service in our essential guide to Yonomi. Routines can be run manually, or they can have a ŌĆśwhenŌĆÖ condition applied, which lets you set a trigger (known as an event here). You can then set which devices to control, say turning on a Hue light or turning off a Sonos player.

So far, so good, but Yonomi falls down with a limited collection of triggers. You can set dates, times and locations, but only a limited set of sensors can act as triggers. For example, you can have your Nest Protect trigger a Routine, but you canŌĆÖt look for motion on a Nest Cam.

Samsung SmartThings is an improving platform, giving direct control and automation over your smart home. Direct support for devices could be better (thereŌĆÖs no Nest integration, for example), although where a device isnŌĆÖt supported directly, thereŌĆÖs often a third-party integration available.

SmartThingsŌĆÖ advantage is that its automations are relatively mature and flexible. You can set a condition for a routine to run, including a time of day, device status (a door locks, a camera detects motion, and so on) and location. You can then set the action to control the devices you want, such as turning on your Hue lights. More on that in our guide to SmartThings.

It's when Flows start to get more complicated that Stringify excels, such as being able to control multiple devices. If youŌĆÖve got a Flow with a single trigger but multiple actions, it gets tougher to replicate what youŌĆÖve got in other services ŌĆō but it is possible. Here, weŌĆÖre looking just at Flows that would perform simple control over multiple devices, say turning on multiple bulbs and smart plugs. We cover more complicated uses of Stringify below.

IFTTT Applets can have one trigger and one action and thatŌĆÖs it. If you want multiple things to happen, there are two options. First, you might be able to control groups of devices. For example, with Philips Hue bulbs you can use IFTTT to control entire rooms or the newly implemented zones feature.

If you need to control different devices from different manufacturers, then you need to create an Applet for each, which can soon get complicated and difficult to manage. So, itŌĆÖs possible, but not something that weŌĆÖd necessarily recommend.

Yonomi lets you create a long list of actions for all of the devices that are supported making it, potentially, a better replacement for Stringify. This level of control lets you do multiple things in one go in a way thatŌĆÖs far easier than with IFTTT.

The downside is that there are still relatively few events for Yonomi, with limited devices that can start a routine automatically, and the ability to use Amazon Alexa, Google Assistant or the Logitech Pop buttons may not get around this limitation.

SmartThings will let you perform multiple actions, controlling devices from different manufacturers. Building a long list of items to control lets you do pretty much what you could do with Stringify.

SmartThings has a huge range of triggers, too, which can be a simple control device (pressing a button, opening a door), down to monitoring other devices (a light turns on, or a camera spots motion). Again, the biggest restriction to SmartThings right now is device support.

With our guide to creating Amazon Alexa routines (Google Assistant routines do a similar job), you can configure your voice assistant to control multiple devices in one go, which may let you replicate what you want to do. It looks as though Alexa is going to get smarter in the future, too.

Currently, Routines can be triggered by time, voice or via an Echo Button, but thereŌĆÖs a new section that will look for a device to trigger an action. Currently, the list of devices is very small (our Yale smart lock was listed but wasnŌĆÖt allowed to control anything), but itŌĆÖs a sign of things to come.

A Flow with multiple triggers

Stringify would let you create Flows that would have multiple, conditional, triggers. So for example, when my Nest Cam detected motion it could turn on my Hue lights, but only if itŌĆÖs after dark. This kind of control is what made Stringify so powerful, and annoyingly these types of chains aren't the easiest to replicate.

IFTTT only allows a single trigger, so you canŌĆÖt replicate what you can do in Stringify. At this stage, IFTTT is too simple a tool for you to use.

Yonomi ups the stakes with multiple ŌĆśwhenŌĆÖ triggers. However, there are still several limitations. For starters, each ŌĆśwhenŌĆÖ condition is an ŌĆśorŌĆÖ not an ŌĆśandŌĆÖ. So, I can turn on my Hue lights if I leave home or at sunset; whichever condition is met first triggers the rule.

You can set a conditional statement ŌĆśbut only ifŌĆÖ. This restricts the routine running unless the conditions are met, such as ŌĆśItŌĆÖs the weekendŌĆÖ or it's after a set time. The only conditions are date and time or location, which is a little more limited than Stringify. And Yonomi still has a fairly small list of triggers.

SmartThings is more powerful still, although it depends on the version of the app youŌĆÖre using, Classic or New. With the Classic app, you can set multiple trigger actions, but SmartThings treats them as an ŌĆśorŌĆÖ not an ŌĆśandŌĆÖ. With the New app, you can set multiple conditions to an Automation, setting whether all or any condition has to be matched. ThatŌĆÖs far more powerful, as you can build many of the rules that you could with Stringify.

There are still some limitations, though. Using the Smart Lighting SmartApp, thereŌĆÖs the option to restrict a rule from running based on additional criteria. Setting it so that our garden lights would only turn on when the office door was locked after sunset, the SmartApp neatly ignored the option.

You can configure modes in SmartThings to get around this, running Routines only in certain modes. However, building the logic to switch between modes becomes really complex.

Stringify was at its best with the most complicated rules. For example, you could have a nighttime mode that would turn off your speakers, and then turn on the hall lights for you to go to bed, turning off the lights 15 minutes later. You canŌĆÖt do this level of automation directly with any of the services that weŌĆÖve listed.

The nearest option is Webcore for SmartThings, which gives you a powerful scripting tool to run your home automatically. ItŌĆÖs a bit of a pain to set up and install, although the official Webcore installation instructions get you through most of it. We found that we had to install Webcore in SmartThings Classic to make it available in New SmartThings. We also had to delete all but one location to get control to work.

Once installed, Webcore gives you a more complicated scripting language that lets you do pretty much what you like. And, you can create them from a web browser which makes things easier.

Webcore is quite amazing and gives even greater levels of control than Stringify did, but the main limiting factor is that thereŌĆÖs still a relatively small set of devices that you can control through SmartThings.